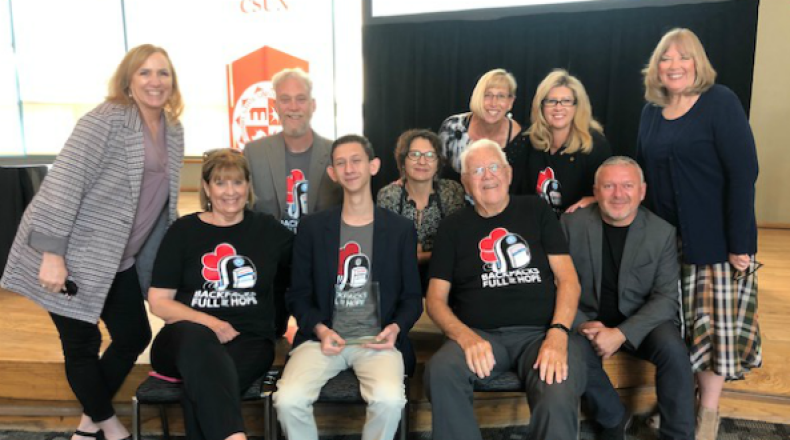 Throughout the month of November, the Association of Fundraising Professionals will be highlighting honorees from National Philanthropy Day chapter events around the world, showcasing outstanding donors, volunteers, corporations, foundations and others who are being recognized for their commitment to change and philanthropy.

Connor was nominated for the award because of his commitment to founding and launching an initiative known as “Backpacks Full of Hope.”

Conceived of during the aftermath of Hurricane Maria that devastated Puerto Rico, the initiative originally provided backpacks with emergency supplies to those who were affected by the hurricane, such as those living without power, clean water and other essentials.

Taking the idea a step further, students—including Connor—delivered the backpacks themselves, as well as engaged in planting trees and assisted in the rebuilding of shelters and community structures.

“Connor has taken a leading role throughout the process. He recruited participants, worked with the committee of peers that had been formed and was a leading advocate for the effort every step of the way,” said Lois Bauccio of the iLEAD Foundation. “Santa Clarita Valley International is proud of Connor and his outstanding committee of youthful volunteers who have made a real difference in the lives of numerous individuals and the entire island of Puerto Rico. He represents the best in his generation. We are deeply grateful to the Association of Fundraising Professionals for recognizing the importance of volunteerism and philanthropy by our community’s youth, and for selecting Connor for this important recognition.”