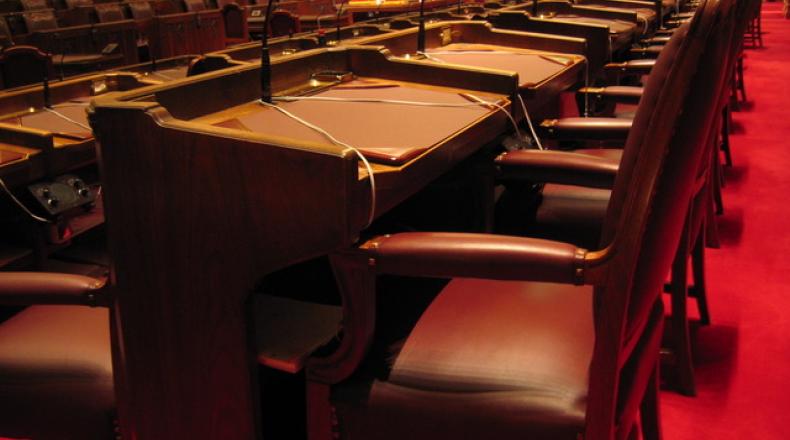 After 19 years, The Honourable Senator Terry M. Mercer has retired from the Senate of Canada on his 75th birthday, May 6, 2022. From the outset, he was an advocate for the charitable sector—working hard to convince his colleagues of the importance of its work and the impact it has on Canadians, from the programs it provides to the jobs it generates.

“I was sad when I learned of former Senator Terry Mercer’s retirement,” says Scott Decksheimer, CFRE, former chair of both AFP Canada and the AFP Foundation for Philanthropy - Canada.

“Though I didn’t always agree on politics with Senator Mercer, he always was, and remains, fiercely proud of AFP. His commitment to being a fundraising professional and telling people about the importance of our work continues.”

In 2018, Mercer co-chaired, with The Honourable Senator Ratna Omidvar, the Special Senate Committee on the Charitable Sector that examined the impact of laws and policies governing the sector in Canada. During its work, the committee engaged in consultations with 150 leaders, charities, nonprofits and volunteer groups.

When the report, Catalyst for Change: A Roadmap to a Strong Charitable Sector, was released in June 2019, Mercer said, “The charitable, nonprofit and voluntary sector is full of people who have dedicated themselves to the highest ideals of public service. They told us they can do still more—if we can give them the proper tools. It is time for the government to work with them to succeed so they can continue their crucial work.”

Mercer was a member of the Senate’s “Progressive Caucus” and he defined himself as a “left wing Progressive from Nova Scotia” on his Senate Twitter account. 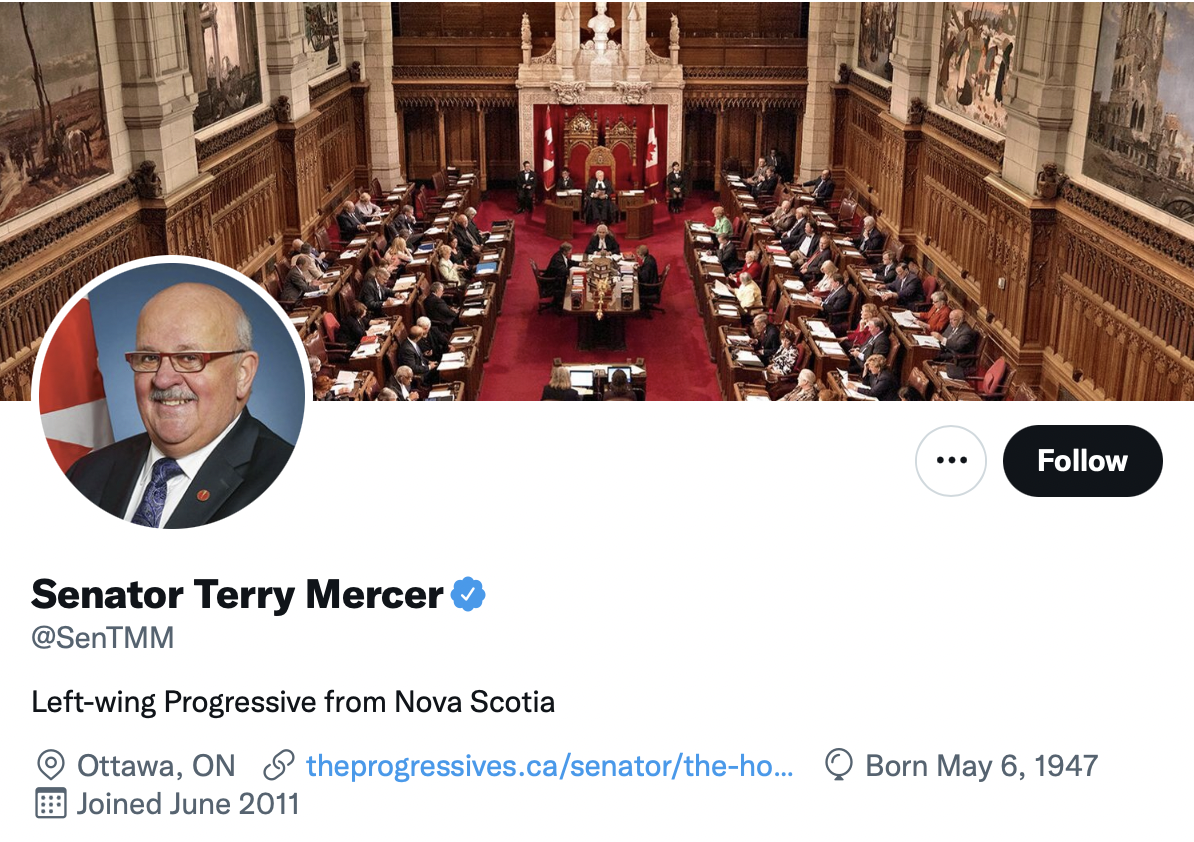 In a tribute, fellow senator The Honourable Brian Francis, incoming chair of the Progressive Caucus, noted that Mercer had a long and distinguished career … most notability in the charity sector … but “for me, on a personal level, Terry has always been most generous with his time and his wisdom.”

With the introduction of Bill S-222, the Effective and Accountable Charities Act, on May 19, 2021, Senator Mercer zeroed in on the loosening of direction and control regulations on charities that  narrow their options for funding.

“Charities and nonprofits have been one of the sectors hardest hit by the COVID-19 pandemic.  I cannot underscore enough just how much Canadians have relied on charities during this time,” he said. “Their services are going to be needed more than ever in the post-pandemic period. Let’s see what we can do to help them be at their best and operated as efficiently as possible to maximize the benefits to all Canadians.”

Portions of the act, including changes in direction and control legislation and a much-sought-after rise in the disbursement quota for public and private foundations, were included in April’s Budget 2022, proposed by the Liberal government under Prime Minister Justin Trudeau.

Terry M. Mercer was born in the north end of Halifax, a hardscrabble part of the city a few blocks from the HMC Dockyard. His father served in the Royal Canadian Navy during the Second World War. After finishing high school, Mercer attended St. Mary’s University in Halifax, receiving his BA in 1971 and an Honourary Doctor of Laws, DCL, in 2013. It was at St. Mary’s where he met his wife, Ellen. They have one son, Michael.

Mercer had a long career working for charitable organizations, including the Nova Scotia Branch of Kidney Foundation of Canada, the Nova Scotia Lung Association, the YMCA of Greater Toronto, the Canadian Diabetes Society, eventually landing at the Liberal Party of Canada as a national director. Prior to entering the charitable sector, Mercer worked as executive assistant to Nova Scotia's Minister of Labour and Housing from 1974 to 1978.

Senator Mercer is past chair of the AFP Foundation for Philanthropy - Canada. He was appointed to the Senate by Prime Minister Jean Chrétien in November 2003.

Mike Geiger, president and CEO of AFP Global said the senator has provided incredible leadership to the Canadian charitable sector, noting Mercer’s commitment to ethics and accountability. “Senator Mercer has meant so much to the fundraising profession and the charitable sector in Canada, and his work has significantly impacted the AFP community around the world. We are forever grateful for his contributions to philanthropy and wish him happiness and success in the next phase of his life.”

Andrea McManus, CFRE, FAFP, says she values their close relationship over the years and that National Philanthropy Day highlighted a tremendous sense of accomplishment.

“Though he will be missed, I know the Senate is full of passionate people who have volunteered and worked beside our fundraisers from across Canada,” says Decksheimer. “We need to keep those connections—so that the work that Senator Mercer championed continues.”