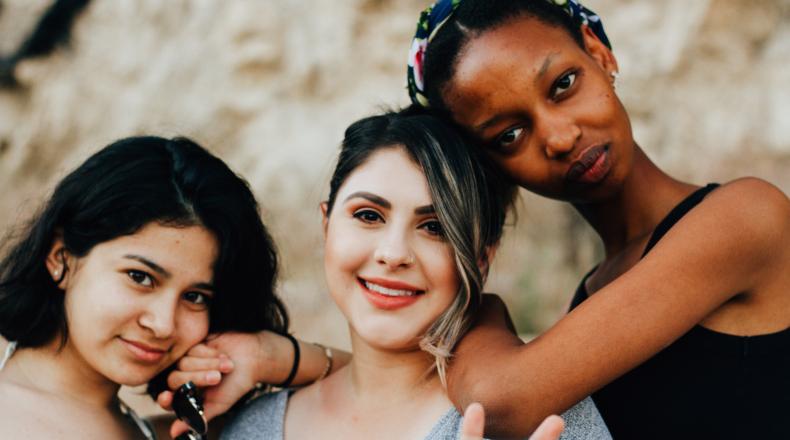 The demographics of the fundraising profession in Canada are remarkably homogeneous.

According to the 2016 Canadian Census, 20 percent of all Canadians identify as visible minority and 4.9 percent of Canada’s population are Indigenous Canadians.

Yet, if you speak to a fundraiser who is Indigenous, Black or a person of colour, they will often tell you they are “the only one who looks like them” in the room. And, for many, the temperature in that room is chilly.

Perhaps what is most disturbing about the lived experience of Indigenous, Black and people of colour who work in fundraising is the number who have had to seek support for mental health due to their work environment.

“I mostly felt the situations I was encountering were my fault,” said one. “I was told I wasn’t qualified. I felt so bad, I ended up having to get medical help.”

“I had to get psychological help,” said another. “I feel so disenchanted.”

In 2014, the AFP Foundation for Philanthropy - Canada “recognized that it had a responsibility to work towards bringing systemic change to the sector,” writes Emma Lewzey, CFRE, in the recently released 2019 AFP Foundation Diversity Fellowship Impact Report. Lewzey is the past chair of the AFP Fellowship in Inclusion and Philanthropy Committee.

“The Fellowship in Inclusion and Philanthropy was born with the vision of empowering diverse fundraisers early in their careers—fundraisers who will one day become the leaders of the charitable sector and beyond.”

According to the report, the idea was to increase representation of racialized or marginalized groups at all levels of philanthropy. It was felt that by helping emerging fundraising professionals gain the expertise to help embed diversity and inclusion practices within charities and with those charities’ stakeholders, systemic change could ultimately be made.

“But the issue isn’t representation,” says Nneka Allen, CFRE, who has been involved with the program since the beginning and has been a Diversity Fellows’ mentor for three years. She is also a member of the AFP Greater Toronto Chapter board.

“What we’ve learned is that we’ve sent young professionals into their organizations to fly the flag of diversity and inclusion,” she continued “But it was the environment these young professionals were working in that posed the problem. I’ve mentored five people over three years, and I’ve had to help the majority of them navigate toxic work environments.”

“The issue is organizational culture, not representation,” says Nicole Salmon, who has worked in the international development sector for many years and mentored three Diversity Fellows.

“And it’s not really about access to education. These young people are qualified, sometimes more qualified than their peers, but opportunities are not there to get hired in some cases or promoted in other situations."

“In 2015, the Ontario Ministry of Citizenship, Immigration and International Trade provided $200,000 a year for the two-year Inclusive Giving Project, which piloted the Fellowship program in Ontario,” says Mridula Joyner, CFRE, who has been working with the Foundation to raise money for the program.

“In 2017, Heritage Canada provided a $96,000 grant to help expand the Fellowship program across Canada. We have received $10,000 from a generous Foundation Board member and conducted a member campaign to support the program.”

This year, the Diversity Fellowship graduated its third cohort of 80 Fellows.

Involvement in the Fellowship program has been an emotional, personal and professional commitment for participants.

“I have felt quite moved and raw since I started the Fellowship,” says Isabel Perez-Doherty. “As I wrote … and had conversations with friends, family and colleagues, I would find myself in tears. I realized that so many of my past experiences were discrimination, and I did not have the chance to call them as such until a light was shone on them through the mental and physical space created by the Fellowship.”

“At times, it became very difficult for me to balance my love for the sector, which is essentially a love for Canadian society ‘warts and all,’ with the prejudice I experienced,” says 2019 Diversity Fellow Khalil Guliwala.

He adds that the Fellowship network provided a much-needed source of support. “This Fellowship was, and is, a lifeline to me. It brought me together with the kind of people I’ve always been searching for. It gave me the tools and support to face issues of discrimination and harassment that I’ve experienced professionally.”

“This program highlights the need for dealing with diversity and inclusion in everyday life,” says 2019 Diversity Fellow Caroline Chan. “Oftentimes, these are conversations that are happening for the first time and even finding a common language to talk to others can be challenging.

“Some of the concepts, such as anti-oppression or microaggression, can be somewhat misunderstood. In my experience, racism is the stereotypical name-calling but a great deal of it is in the form of microaggressions, which are not obvious. It’s subtle or indirect. It leaves you thinking, ‘I’m not feeling so great about what so and so just said, but I’m not sure’.”

Caroline Chan’s experience provides a glimpse of the possibilities when an organizational culture is open to change or is already taking steps to improve diversity and inclusion.

“This happened at the right time for us,” she says. “I felt there was organizational readiness because leadership had already begun to address diversity and inclusion, including making improvements to HR policies for supporting staff health and wellness and changing recruitment practices. During the Fellowship, I designed a training program for staff. We spent the time to choose the right facilitators, and it was such an amazing day. There was a shift after that. It opened up a space for more conversations to happen.”

“Diversity and inclusion is a key pillar of AFP’s priorities,” says Mridula Joyner. “The goal is true representation of Canadian diversity at all levels within the fundraising profession.

“When I started my career, I didn’t have a lot of mentors. There was a lot of feeling like I didn’t belong. I also found there was a bit of a ceiling in terms of leadership positions. This is important work. The challenge is getting resources behind it. We're taking small incremental steps. The commitment is long.”

The Diversity Fellowship is currently unfunded for 2019/2020.