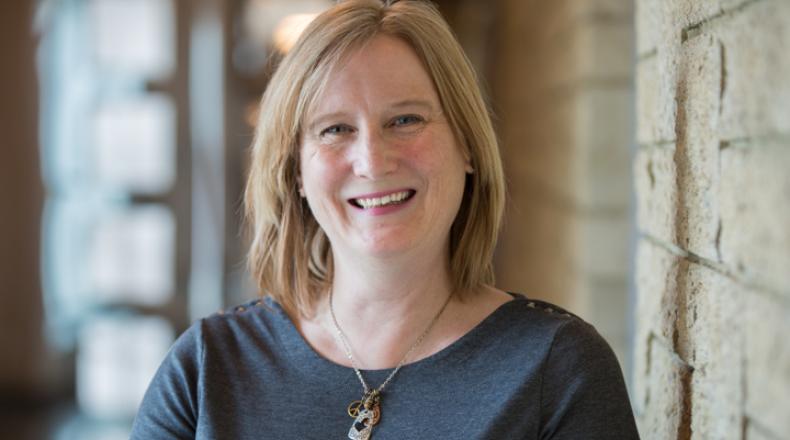 A Career on the Move

How did you initially get involved in fundraising?

I answered an ad that simply said " Make a Difference" and that's what I wanted to do! it turned out to be a telephone fundraising agency working on behalf of the UK's top 20 charities and not for profits. I had just graduated from university. I didn’t know what I wanted to do, but I knew what I didn’t want to do. I began as a caller usually for monthly donor conversion, to existing donors. On balance, when people realized it was Oxfam—and not a sales call—it was well received. I think we rode a wave of good calling for a long time. It’s become more of a challenge with increased cell phone usage.

When I came to Canada and began work as the Student Calling Program coordinator, it was bit of step back for me in my career, but it was necessary coming to a new country where I had no track record. However I was able to bring all that experience from the UK to my new role.

What advice would you give your younger self now? What would you say to someone just starting out their career in fundraising?

I would be very deliberate about finding mentors. I’ve been more deliberate about that later in my career. Think about your philanthropic story. Answer your “why.” Don’t be afraid of failure. I haven’t moved around much, but I’ve moved within my organization. Take advantage of all the professional development opportunities that come your way.

What do you see as the qualities of a mentor?

I think a mentor isn’t there to tell you what to do. It’s someone you can bounce ideas off of, especially if you don’t have a large team. It’s someone who can see your strengths and weaknesses.

What do you see as the emerging challenges in the philanthropic sector?

Retaining and hiring fundraisers is getting more difficult. Organizations now understand that philanthropy is critical to organizational success, but do not necessarily know what to do with them, without burning them out. Those are the workforce issues.

On the philanthropy side, the role that donors wish to play in an organization is an issue. They want to support the organization and have a partnership. While there’s much to be gained [from that approach], it is a bit of a shift around who has the right to be making decisions for their organizations.

What skills do you think are important for fundraising in the contemporary context?

Being strategic is really key. I think what that means is looking at things long-term and holistically. If we don’t think we can deliver on the promise, is it right to accept a gift? Definitely thinking big is important, as is the ability to work collaboratively, and educating the internal audience.

What do you think about the current debate around the role philanthropists are playing in solving problems of inequality? How do you think they can best be part of the solution?

So much is going on there. What is the agenda, whose agenda is it and what role philanthropy can play? Charities have to deal with major societal issues. The premise is that wealthy people give major donations to solve major problems. The apparatus is there. The question is how.  There’s also a question for fundraisers challenging some of the behaviours and inbuilt biases that our donors may bring to the table. But, is that our role? There’s the inherent power imbalance between fundraisers and some of the wealthiest donors, so how does that play into this? Then in relation to inequality and diversity issues, there’s the question of what our leadership and boards look like. Are we perpetuating the inequity in our own profession? As you can see it’s very complex. Having the debate is critical. I’m proud of AFP for taking on the conversation.

Throughout your career, you’ve been involved in AFP and are now the chair-elect of the AFP Foundation for Philanthropy - Canada. What do you believe AFP offers the fundraising profession?

I got involved in AFP when I moved to Canada. I had few contacts. AFP was my lifeline. I found myself quickly on my feet because of the AFP network. AFP sets the tone around the ethics piece when you’re thinking about the rules of engagement that no one organization can raise on its own. AFP is an opportunity for professional development. I’d advise fundraisers to look up their colleagues. And the body of knowledge available through AFP is immense, whatever your area of interest.

What are your goals as chair of the AFP Foundation-Canada?

The Foundation not only supports members, but non-members too. It’s here to serve the whole profession. We are engaged in research, development of emerging leadership, diversity and inclusion initiatives, and we’re working with AFP Canada to support the membership. We want to be a good role model for the sector.

Apparently, I have the gene that says I can’t stay in one place for more than 20 years! In our profession people don’t always stay a long time in one place. In my work, I have been able to have multiple opportunities in one organization. My goal now is to lead a team, and that is what I’ll be able to do at University of Victoria. I have kids that are now grown so that opens the opportunity. Scary? Yes! But I bring a network that I know exists. The AFP family is everywhere. People have been so helpful already and are open and sharing.