Reflections on Our Right to Heal 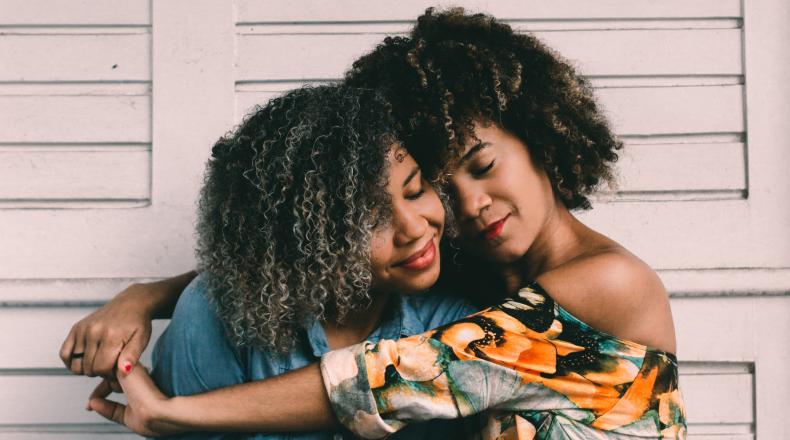 Published by AFP Global on May 26,2020, Our Right to Heal is a series of powerful personal stories about the experiences of Black women fundraisers in Canada. The creation of AFP member Nneka Allen, CFRE, Our Right to Heal features a group of Black women at various points in their fundraising careers sharing their professional and personal experiences. It is a lyrical expression of the collective experience and includes spoken word, poetry, commentary and African drumming.

At the time, Mike Geiger, MBA, CPA, president and CEO of AFP, said, “The incredible group of stories from these amazing women will take your breath away. A reader cannot help but feel anger and despair, but also triumph and joy, from what these women face every day.”

Three months after the project, AFP Daily talked to Nneka Allen to gather her reflections on this ground-breaking project and what she has planned for the future.

How would you define Our Right to Heal?

Our Right to Heal is documenting of the lives of Black Canadian women fundraisers. In their stories they describe how they felt when experiencing erasure and exclusion and hearing they ‘have nothing to contribute.’ These experiences cause trauma and doubt. Our Right to Heal is a validation of their experience.

Why do you think there’s so little understanding of what Black people experience?

Black experience is excluded from the narrative history of our country. I started my fundraising career in a community museum, the Amherstburg Freedom Museum. The museum was originally called the North American Black Historical Museum. Incorporated in 1975 and founded by Melvin Simpson, the museum’s vision was to promote the history of African Canadians, the families of many who’d fled slavery. The Museum complex includes the Taylor Log Cabin and the Nazrey African Methodist Episcopal (AME) Church. Former slaves built the church from fieldstone in 1848.

As part of my job, I had to write a report for Heritage Canada. The research I conducted for the report was full of the names of my family, my friends’ families and my community. At the time, I didn’t realize I was writing a stewardship report, but as a result, I have a real love of documenting the stories of Black people.

Why approach AFP about telling this story?

I have been involved with AFP for 10 years, and when I saw the call for proposals come out, it only made sense that it would be my professional association that would raise issues of representation. I had spent years mentoring young Black women whose experiences were devastating me. Only in retrospect can I understand what happened when I wrote the proposal for AFP. At the time, I thought my proposal was a long shot. I didn’t hear any Canadian Black voices coming out of AFP. But AFP Global was percolating a concept called Bright Papers. And I really liked the idea of the Bright Papers, which was about sharing novel ideas and stories.

I was a little intimidated at first. The proposal phase was a bit daunting, but I believed it was the right thing. As I shared the first set of stories with AFP, it seemed the stories were stretching the minds of the small group who were reading them. We were indeed sharing something novel. The discomfort that is often felt when confronted with hard truths did not cause AFP Global to try and modify our voices. They never censored or edited us—instead they had an acute desire to maintain the stories as we told them. We were respected.

Then to find myself among a group of Black women sharing our untold experiences, that was validating. There is a tangible generosity of spirit that is felt in these stories that feeds my soul and the soul of the people who come to this table. Everything Black women do in our professional life has this richness and emotional depth.

At the same time, AFP asked me to produce a micro-learning video on ‘belonging versus inclusion.’  When I heard this, I laughed out loud because I thought, how could I do the topic justice in just two minutes. But I agreed and thought with a little creativity, I could figure it out.

How did you do it?

One way to discuss complex issues is through art, so I called a friend, Teajai Travis, who is a spoken word artist and African drummer. He looked at the proposal and said, “I love all of it, but I need to sit in the midst of your group of women while you talk to each other about your experiences of ‘belonging versus inclusion’.” He did that, and we had an amazing experience of sharing. Teajai came back two weeks later with an original spoken word poem. The problem was that we had no budget. So, the question then became, how do we get this on video for free?

It was through my friends and colleagues that this video was made possible. First, I asked the friend of a young woman I mentored to shoot the video, and she said yes. But then I needed to figure out where to shoot it, and that ended up being at my church. I was fortunate to have the support of another videographer who captured the audio.  We knew good sound quality was important. Everyone sacrificed to make this happen. They did a great job. Pulling it off with no budget—that was hard. It ended up being a beautiful day that we ended with fellowship and a delicious meal.

The response was like waves of an ocean. It was overwhelming, consistent and refreshing. I will never forget how it resonated with people. Originally, it was supposed to be launched in January 2020, but it didn’t happen. Then, it was scheduled for February, but we didn’t want it crowded in with Black History Month festivities. That’s not how we envisioned it. Then in March, COVID hit. As the world emerged from the pandemic, we decided we couldn’t wait any longer and launched it in May. That’s when the world broke open with the murder of George Floyd. When it came out in that context, its resonance had only begun to reveal itself.

We were overcome with comments of solidarity and validation. For Black women, it was really touching home. I’m grateful to the women who told their stories. The response was an affirmation from our community, and the whole community as well. Some of us are being tapped now to contribute in other ways. Our talents and skills are being recognized and sought out.

Were the women who participated concerned about their jobs for speaking out?

Well yes, and the fear is well-founded. As part of the AFP Diversity and Fellowship program, for example, participants were asked to write and blog about their work experience. Some lost their jobs for what they wrote. Others were told that their employer had to vet what they wrote. Others fled their jobs due to scrutiny and punishment. That’s why we have to be empathetic with people who are afraid to speak out. The stakes are high.

What’s happened since Our Right to Heal and what’s next?

It’s opened up so many opportunities. Women from our group have written articles, been guests on podcast shows and guest speakers at virtual conferences. I wrote an article for Imagine Canada recently, and Charity Village published one of my pieces. Later in the fall, we will be guests on the podcast, ‘Beyond the Bakesale.’

And I’m co-editing a book along with Nicole Salmon and Camila Vital Nunes Pereira, which is coming out in November from Civil Sector Press called Collecting Courage: Joy, Pain, Freedom, Love. It’s a collection of 15 stories from some of the most prominent Black fundraisers in Canada and the US and represents the beginning of a process to systematically catalogue and archive our stories. For those committed to being allies and accomplices in dismantling barriers and championing a sector culture of belonging and reciprocity, we hope the book illuminates a path to action.

Our Right to Heal was an opening of our hearts and our lives. The pain and trauma we continue to experience is palpable. Our gathering and sisterhood are sources of strength. In this brave space, we belong. We can rest. We can heal. This is our right and I want us to be ever intentional about claiming it.