Stories of Impact: Healing the Generations 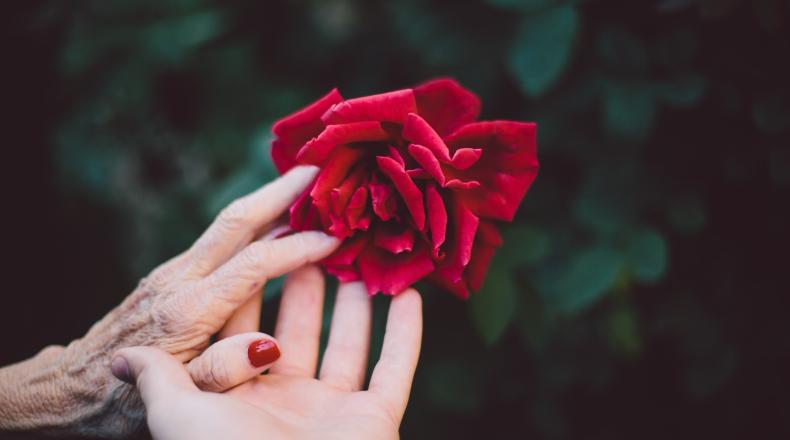 When Lorraine Morgan’s mother passed away, she struggled to find a way to honour her without “putting her on a pedestal.” With the guidance of an attentive fundraiser, Jillian Gibson, Lorraine found the right balance: a scholarship for the school of social work at Memorial University in Newfoundland.

“If she had been me, she couldn’t have done it any better,” Lorraine says fondly.

Though now an accomplished fundraising professional, Jillian was more surprised than anyone to find she had inadvertently talked herself into a job 15 years ago as the director of development for the oldest private school in the Bahamas.

“I just saw myself as a teacher,” Jillian explains. “I don’t even know if I knew there was such a thing as a fundraiser.”

It took the words of Sir Durward Knowles, Olympic champion and member of the Board of Governors of the school, to convince Jillian to give fundraising a try.

“He said to me that this is a way for me to express my passion for education. He made me see that by demonstrating my passion in this way, the lives I could impact would go beyond the lives of the students in the classroom.”

“Literally since I cut my teeth in fundraising, AFP has been part of my professional development,” adds Jillian.

Jillian is now director of Philanthropy at St. Mary’s University, but came to know Lorraine when she worked as a fundraiser at Memorial University.

It was during a visit to discuss the scholarship set up in honour of Lorraine’s late husband that the two struck up a conversation about Lorraine’s mother who had died of breast cancer.

“I hadn’t met anyone who was very educated who could have the compassion to sit down and listen to a simple story from a person,” Lorraine remarks of Jillian.

“Jillian could make me feel so comfortable,” she continues. “My mom was a basic mother, a wife, but she was my mom and she was very special to me. She endured, she was resilient. My mom had been abused by her dad. I pretty well found much of the same type of situation. Why does it keep going on? That was my thing. Not just for her or me, but everybody deserves to have their dignity.”

Jillian agreed to do some research into how best to honour Lorraine’s mother, and came back to Lorraine with the idea to set up what was ultimately named The Mary Florence Mugford (Lane) Memorial Award for Social Work.

“Boy, did she do her homework, She had exactly what I wanted,” says Lorraine with obvious excitement. “Sometimes people need help, but they are not willing,” she continues. “That’s why we need the social workers out there, so people don’t have to carry around burdens of the past. Until you heal, the next generation can’t.”

Listening was key to the success of the relationship between Lorraine and Jillian. “[Jillian] was interested in what you were saying,” Lorraine remarks. “Not just listening to the words, she was listening to the story. She was genuine and compassionate. Like she had all the time in the world to listen. What I was saying was important, and she was going to do what she could to help.”

“[Lorraine] was such a pleasure to listen to. It was a special treat to spend the afternoon having tea with her,” says Jillian warmly.

Lorraine has gone on to set up another scholarship, this time in her own name: The Lorraine Morgan Dean's Award for Service to Humanity and Pursuit of Social Justice. “It was way beyond my imagination. It went where it was needed, funds that could help send [social workers] out into communities.”

“My scholarships wouldn’t have been set up [without Jillian],” Lorraine says with conviction. “I wouldn't have known how to go about it. It took a professional. There are people out there who probably would be giving to things, but have no way of knowing how they can help. Without Jillian, how else would it have happened?”

“I remember when I first was talking about this idea,” says Jillian. “She said that she thought this sort of thing was only for well-known people in the community, that it wasn’t attainable for everyday people like herself. I broke it down for her, showed her what it could look like.”

“I could’ve sat there another 20 years before acting,” remarks Lorraine. “It’s one way I can remember my mom and be of some service to the world. I’ve been blessed, in a way, to have met [her]. It’s opened up my world. It feels good to be able to give and help others.”

“I think the fundraisers are the voice of the institution from the lens of the community,” Jillian observes. “People within the university are teaching, doing what they do, knowing that they are supported by philanthropy, but are they able to articulate things like vision and mission, like a fundraiser can do? A fundraiser can take what is everyone else’s everyday and put an aspirational lens on it to improve the tomorrow. The fundraiser is that bridge between the institution and the community.”

In Lorraine’s view, “It’s fundraising, but it has a meaning. [Jillian] has a purpose and she believes in her work. There’s a ripple effect of helping people. It’s the gift that keeps on giving. It does take a certain type of a person to make you feel at home enough. Sometimes I think we have guardian angels–Jillian was mine.”

“[As a fundraiser] you have the privilege to dream big,” explains Jillian. “We’re always thinking, what can make this bigger and more impactful? And we do that because we’re linked into the community that the organization serves.”

Jillian continues, saying, “When people are seriously asking about becoming a fundraiser, I encourage them. It allows a unique lens to tap into people’s passions. It’s about matching an individual’s wishes for the future, with what they’re trying to achieve with their hard-earned money, to your organization. When you find where those align, that’s where the magic happens.”

Lorraine is still in awe with how much Jillian has shaped her life. “Jillian that day, that one call, that she made but could not have made, has opened up a world. It was a complete awakening for me. I grew up on welfare so to come from that and to be making donations to the university...With as little or as much as I have, I’m willing to share to make the world a better place.”

*AFP Canada would like to thank Lorraine Morgan and Jillian Gibson for sharing their story. If you would like to share a story about the impact of professional fundraisers, please visit https://afpglobal.org/news/stories-fundraising-impact-needed for more details.