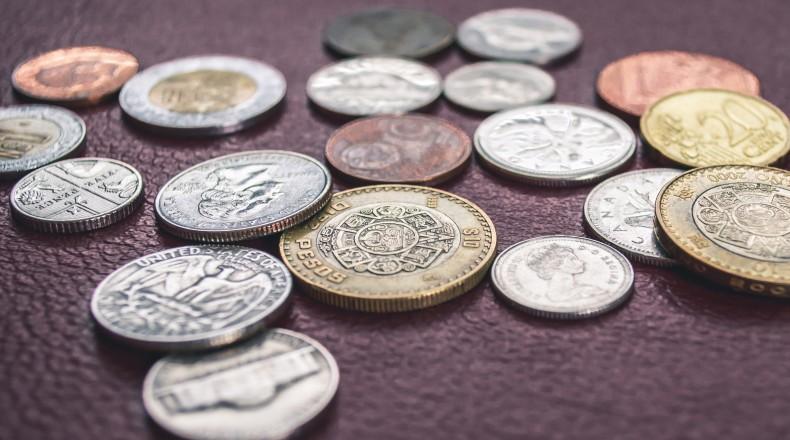 (Ottawa, Ont.) Salaries for fundraising professionals in Canada grew in the first quarter, then fell slightly after the COVID-19 pandemic hit, resulting in year-end growth of almost 3%, according to the Association of Fundraising Professionals’ (AFP) 2021 Compensation and Benefits Report.

The report, based on the responses of 557 fundraising professionals in Canada, is AFP’s annual survey that examines fundraising salaries, benefits, demographics of fundraisers, and workplace issues in 2020. The 2021 report looks at specific topics related to the impact of the pandemic, including layoffs and furloughs.

The aggregate results conceal vast differences in the experiences of individual fundraisers. For example, 16% of respondents reported a drop in compensation. In contrast, 14% of respondents indicated an increase in pay. Across subsectors, average increases, where people reported earning more than year-end, were in the range of $2,500 to $5,000 except for health, where the average increase was more than $21,000 more by year-end.

The pandemic was a factor in decreasing pay for some survey respondents across Canada and the U.S.:

Layoffs or furloughs for at least some fundraising personnel (not always the individual taking the survey) occurred at about 20% of the organizations represented in the survey.

In addition to compensation changes, 9% of employers in Canada shifted more of the cost of health insurance to employees in 2020.

“Our Fundraising Effectiveness Project research has demonstrated the impact of the pandemic on giving varied widely depending on the type of the organization, and this disparity in impact is also on display in our 2021 Compensation and Benefits Report,” said Mike Geiger, MBA, CPA, president and CEO of AFP. “That the profession experienced a global pandemic, but salaries, in general, remained flat—and some fundraisers actually saw significant increases in pay—is surprising. But dig a little deeper, and we see a wide variety of salary changes, and most of us know colleagues who lost their jobs or had to take pay cuts. Our report this year shows a profession that adapted and remains committed to its work, despite the myriad challenges.”

Unsurprisingly, fundraising experience continues to be the strongest factor in determining compensation. Other factors, in order of importance, include longest period at the same employer, age of the fundraiser, years at their current employer and number of employers in their career.

Just over a third of respondents (35%) agreed with the statement that their organizations “explicitly state that achieving specific performance goals will be a factor in determining a pay raise.” In contrast, 45% stated that fundraising performance goals are NOT part of determining compensation, and over 20% were neutral on the topic.

Across the U.S. and Canada, just 50% of respondents reported thinking about leaving their jobs in 2020, a significant decrease from the roughly two-thirds of participants who did in prior years. Reasons for seeking other employment remain similar as in past years, including:

When asked about plans for 2021, more than 80% of respondents intended to remain in the job they held early in the year. The remaining study participants were evenly split between seeking another job with the same employer and looking for work elsewhere.

“Clearly, 2020 was a unique year, and I think we need to take some of this retention data with a grain of salt,” said Ken Mayhew, president and CEO of the William Osler Health System Foundation in Brampton, Ont., and chair of AFP Canada. “While the percentage of respondents thinking about leaving their job dropped significantly in 2020, that’s a reflection of the pandemic, and I believe represents the calm before the storm. The long-standing issues and pressures affecting fundraisers remain and have compounded during the pandemic. There is much work to be done in ensuring we have workplaces that attract and retain good fundraisers. My advice to charity leaders is to think very strategically about the workplace we create and the expectations we place on fundraisers.”

Salary by Gender and Race

Women’s compensation continued to lag behind men’s salaries in 2020: an average of $85,894 for women compared with men’s pay of $114,770—for a gap of almost $29,000, or 34%. Previous AFP research has found that 10% of the gap between men’s and women’s pay is attributed to gender. Other factors that were also tied to pay gaps were years of experience in the field and the size of the institution in which the fundraiser worked.

Under 1%--three respondents— selected a gender other than male or female. Within that small group, salaries averaged $78,167.

For the first time, the Compensation and Benefits Report looked at staffing ratios compared to the amount of money raised.

More than eight in ten respondents (81%) were women, significantly higher than the 69% of AFP members in the AFP database who selected woman as their gender. Among survey participants who provided information about their primary ethnicity or race, 84% indicated they are white/non-Hispanic, and 14.2% selected another option offered. These figures align with the 86% of AFP members who report their ethnic heritage or racial background on their membership materials are [KT1] white.

The average Canadian participant has worked for 3.5 employers as a fundraiser. Study participants averaged 5.1 years at their current employer, and 6.2 years is the average for the longest time at any employer, both slight increases from the previous survey.

“These employment numbers are similar to the data in past reports,” said Geiger. “While the fundraising process is most effective when fundraisers remain at their jobs, good professionals are always going to seek out other opportunities and higher pay. What I want AFP to focus on is ensuring that fundraisers have the support necessary to succeed in their roles, and that boards and CEOs have realistic expectations about what fundraisers can accomplish. That’s why we’re developing our new leadership program, in conjunction with the AFP Foundations for Philanthropy, to help educate and train fundraisers in these sorts of skills.”

A total of 577 AFP members in Canada submitted usable responses by the time the survey closed, a response rate of 20.7%. Respondents vary from year to year.

The 2021 AFP Compensation and Benefits Report is available free to AFP members on the AFP website at https://afpglobal.org/salarysurvey.

Non-members can purchase the report for $99.

Since 1960, the Association of Fundraising Professionals (AFP) has been the standard bearer for professionalism in fundraising. The association works to advance effective and ethical philanthropy by providing advocacy, research, education, mentoring, collaboration and technology opportunities for the world’s largest network of professional fundraisers. AFP’s 26,000 members, including more than 3,100 in Canada, in more than 240 chapters around the world raise over $100 billion annually for a wide variety of charitable organizations and causes across the globe. For more information, go to www.afpglobal.org.

By Jeff Porter at Handbid
Want The Latest AFP & Fundraising News Delivered To Your Inbox?Sign Up Now!