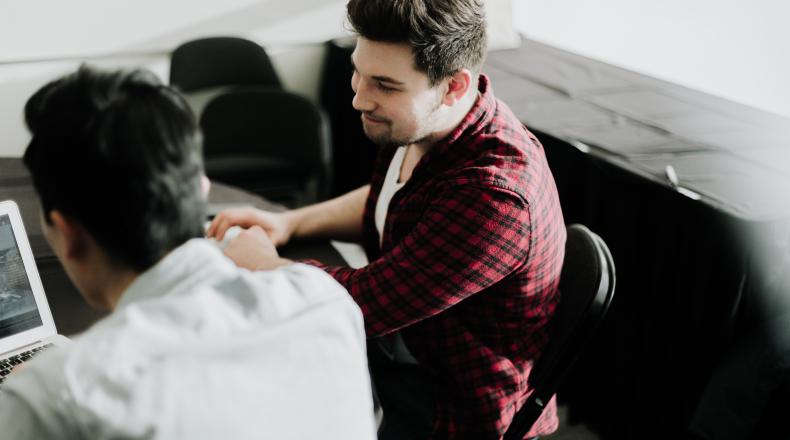 This is the first in an occasional series of articles focused on how fundraisers have responded to the challenges of the pandemic. This article focuses on fundraisers in the higher education subsector.

With unprecedented challenges, many fundraisers across the country—each with their own regional COVID-19 reality—responded by initiating conversations with donors and digging deep to articulate the core of their missions.

“From my standpoint as someone who oversees alumni and community relationships, at the beginning of the pandemic, I noticed two things,” says Jamie Campbell, CFRE, manager, alumni engagement, annual and legacy giving at Georgian College in Barrie, Ontario.

“A lot of our smaller annual donors became focused on frontline community impact. It was up to us to remind them that we train nurses, paramedics and other health care workers. Once we did that, they became even more responsive to our fundraising efforts.”

With most people working from home since March, fundraisers have relied on technology to communicate.

Chantal Gélinas, CFRE, is director of principal gifts and special advisor to the president at the Université de Montréal.

She says that because they are situated in a university, they were technologically set up and were able to start working from home the day after the lockdown went into effect in March.

“Donors have been happy to talk to us,” she says, “I think because they are feeling isolated too. With individuals, we contacted our donors by phone. With foundations or corporations, we used Zoom. We conducted recognition events by Zoom as well. If a donor wants to meet a scholar or the recipient of a scholarship, for example, we’ll arrange a meeting that way.”

“At the beginning of the pandemic, there were situations where some donors held off making a gift or became tentative, perhaps because of a fear of the unknown,” says Rebecca Dutton, CFRE, senior development officer at Memorial University of Newfoundland (MUN). “In the $10 to $100,000 category, we saw a lot of people take a wait and see mindset, initially.”

She says conversations with donors have been conducted through “a lot of email, virtual meetings and phone calls. But in St. John’s, we’ve had the benefit of some restaurants being open, and spaces like the Botanical Garden where we can have socially-distanced meetings with donors.”

“In the early days, I was doing a lot of care calls with donors,” says Campbell, “checking in to keep them updated and to see how they were doing. Phone calls were easy, but now, I’m noticing that donors are much more likely to take the time for a videocall. While it doesn’t replace the power of a hug or handshake, I’ll never give up the opportunity for a face-to-face conversation with a donor … even if it is happening virtually.”

One purpose of the conversation Campbell was having was ensuring the donors didn’t migrate to another charity, adding that it was important not to stop asking through Zoom meetings and phone calls with donors.

“The need hasn’t disappeared because of the pandemic, and our donors are much better positioned than we are to determine if now is the best time for them to make a donation,” he says. “It’s up to us to present these opportunities to our community and allow our donors the chance to make their own decision about the timing.” In fact, Campbell noted that he secured a $100,000 commitment over the phone during the morning of this interview.

Campbell also says the past year has been a time to really get to know donors. “In many instances, people are more isolated than ever”, he says. “We’re hungry for conversation, and when I sat back and let the conversations happen organically, the information just kept coming.

“I have a very special legacy donor,” he says, “and just before Christmas I spotted a little $10 glass ornament that immediately reminded me of her, so I wrapped that up and sent it to her for Christmas. She was delighted.”

“We were public with an emergency fund for students who were really stuck because of the pandemic,” says Dutton. “They couldn’t get home, had increased living expenses because roommates had gone home, and they were left trying to pay rent. Some of our international students were stuck in Canada.”

Both Université de Montréal and Georgian College has similar campaigns.

“Emergency student bursaries became an important part of our fundraising strategy this past year,” says Campbell. “Students were not shielded from the impacts of the pandemic, and this financial support assisted with obligations like paying rent and utilities, new technology and travel costs, purchasing food, medications and obtaining other living essentials.”

The ability to articulate a case for support, and make it relevant to the times, appeared to play a vital role in the response to the pandemic.

“Newfoundland and Labrador's COVID-19 modelling team is made up of researchers from Memorial University and led by one of our Medicine professors and researchers,” says Dutton, “so that has a lot of impact for donors.”

Having a well-articulated case for support and close relationships with donors has borne fruit.

“Right now, we are $8 million ahead of where we were last year,” says Gélinas. “We haven’t changed our objective, but we’ll stay on target.”

She says, “once a week, we have members of our team go into the office and deposit the cheques we received and send income tax receipts. For major donors, we ask them to arrange a bank transfer of the funds, which they are happy to do.”

Yet, Gélinas says she’s aware of the challenges across the sector.

“Not everyone has fared as well as we have, I know. I have colleagues in the sector who have had to let go whole teams. For national health charities especially—who rely on events—it’s been very bad. I don’t think things will ever go back the way they were. Some groups have major challenges.”

“At Georgian, we worked hard to talk about the impact of community support, sharing stories not just about the challenges and the immediate needs, but about the outcomes”, says Campbell. “We shared stories of our alumni on the frontlines that focused on the differences that they were making in their communities as a result of the education they received at our organization.”

The stories helped. “We had a lot of alumni make their very first gift to our college this past year, and we identified a significant number of legacy gifts in 2020,” says Campbell.

Dutton says the same dynamic is occurring at MUN. The university is slightly ahead of where they were last year and in the past 10 months there have been fewer, but larger, gifts and more coming in unsolicited from foundations and corporations.

“The strongest case for support for MUN is that we are providing the people of the province with the education we need to flourish,” she concludes. “This university is the primary source of nurses, pharmacists and other healthcare professionals in the province. And we have a focus on rural education in many programs, specifically medicine, to help encourage our graduates to return to rural communities to begin their careers”

“This is meaningful and attractive to donors.”