In a First for Canada, Two Canadians Being Recognized as Distinguished Fellows of AFP 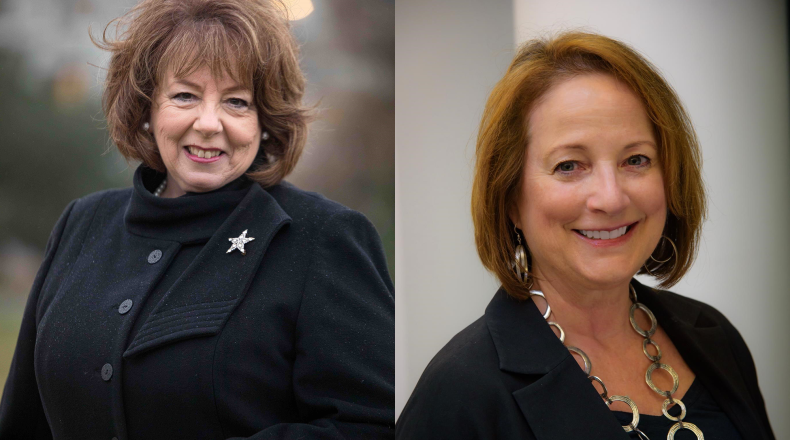 For the first time in AFP’s 60-year history, two Canadians will receive Distinguished Fellow designations. No Canadian has ever received this notable honour.

The recipients of this recognition Andrea McManus and Luce Moreau, CFRE have celebrated careers working in Canada and around the globe.

Now based in Calgary, Andrea McManus has been involved in the fundraising profession for more than 30 years, raised more than $200 million, and impacted philanthropic efforts throughout Canada, the United States and around the world. She is the co-founder of ViTreo Group.

In a career that spanned 25 years, Luce Moreau has raised more than $50 million, and served as president and CEO for the YWCA Foundation, Orchestre Métropolitain and the CHUM Foundation, one of the largest university hospitals in North America. In January 2020, she founded her own consulting firm, Luce Moreau Philanthropie Expertise Conseil.

According to AFP, the Distinguished Fellows Program recognizes individuals who have made significant leadership contributions to the association, philanthropy and the fundraising profession, and who will continue to advance ethical and effective fundraising through their volunteer and advisory work.

“AFP has been the source of my greatest knowledge, guidance, colleagues and friends in a 25-year career, guided by the wisdom of some remarkably skilled fundraisers,” says Moreau. “It has given me many countless opportunities to connect with thousands of my fellow professionals in the world to broaden and deepen my perspective on fundraising and philanthropy and to get to know many accomplished and generous colleagues.”

The role AFP played in her career has been “incalculable,” says McManus.

“AFP is the key factor in actually realizing I had found myself in a profession. The ability to work with such terrific fundraisers and leaders around the globe has been an extraordinary opportunity, privilege and experience.”

She says the element of her career that has been especially exciting is when she’s had the opportunity to change something up, not just for the sake of change, but to help organizations build to something better; to take on new opportunities and to realize potential.

“Emerging trends and challenges always cause that little flutter of excitement for me – which typically builds into a real passion for building something better.”

“Throughout my 25 years as a fundraiser, the most wonderful people have reached out to guide my career,” says Moreau. “I have never felt alone, I always had my peers to reach out to. They instilled in me the importance of investing in others and in the fundraising profession.”

McManus and Moreau are receiving recognition at a time when the scene, the dynamics and the environment around fundraising is undergoing seismic shifts.

“I wish I had a crystal ball,” says McManus. “I have been reading a lot lately about the history of philanthropy over the past 125 years, back to the robber barons at the turn of the last century …[and] the growing chasm between the uber wealthy and the average person – and the impact of all of that on philanthropy.”

“Our profession embodies a complex community that is evolving as we discover ways to fully embrace and celebrate inclusion, diversity, equity and access,” says Moreau.

“[This year] has been rife with challenges. COVID-19 has not spared philanthropy in Canada. The financial crisis caused by the pandemic has hit the philanthropic sector as much as any industry or community in Canada.”

Working together and utilizing the financial help of the various levels of government will be critical for the sector to be able to emerge and grow from this unprecedented time, she adds.

“We are in challenging times on a whole host of fronts,” says McManus, “and I think that fundraisers need to stay tuned to these elements and to listen to what donors are saying … I think the way we raise money in 20 years will be very different, more diverse, more tailored to specific donor groups. We can be out front of that … Good fundraising generates and elevates philanthropy. And I believe that philanthropy – at its heart – is good and true and will remain so.”

McManus and Moreau will receive official recognition as Distinguished Fellows of the Association of Fundraising Professionals (AFP) at its International Conference on Fundraising (ICON) in Minneapolis, Minnesota, June 28-30, 2021.