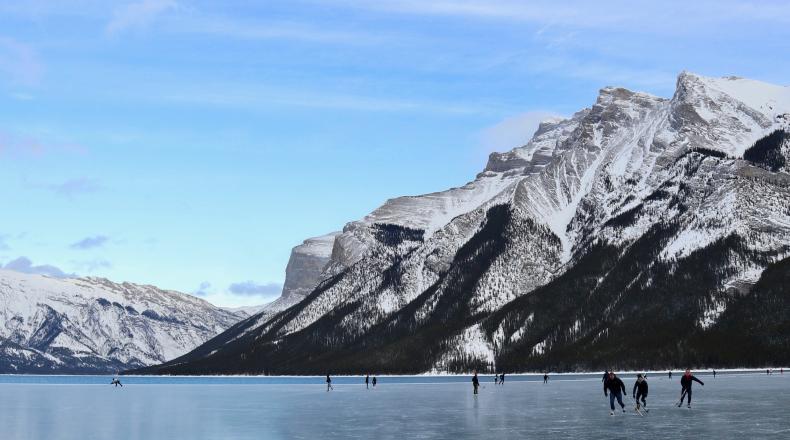 Sharon Redsky is the strategic partnership coordinator at Dakota Ojibway Child and Family Services in Winnipeg, Manitoba. She was an AFP Diversity and Inclusion Fellow in 2019, and in 2017 was awarded the YMCA-YWCA Women of Distinction, Community Champion Award. She currently serves on the AFP Foundation for Philanthropy – Canada Board.

Redsky is one of a growing number of Indigenous professionals staking a place in the fundraising profession with a perspective born out of centuries of colonial history, layered upon millennium-old cultural perspective of philanthropy, reciprocity and sustainability.

Within the past decade, a significant piece of Indigenous history in this country was revealed in traumatic detail. Launched in 2008, the Truth and Reconciliation Commission of Canada was part of the Indian Residential Schools Settlement Agreement. Its purpose was to uncover the facts of the Indian residential school system and to lay the foundation for lasting reconciliation with Indigenous communities across Canada. The final report, released in December 2015, contained 94 calls to action.

At the upcoming AFP ICON in Baltimore (March 29—April 1), Redsky will be presenting a workshop—What Does Truth and Reconciliation Mean in the Philanthropic Sector?

“Understanding Canada’s Indigenous history is important for the sector,” Redsky says. “Especially when I think about how [Canada] has been able to prosper because of the generosity and founding Treaties of Indigenous people from long ago.”

“Shoal Lake 40 First Nation, where my mother was born and where I am a member, is an example,” she continues. “Its land was expropriated 100 years ago so people in Winnipeg could have safe drinking water. So, Shoal Lake #40 First Nation has been providing Winnipeg safe drinking water for 100 years, but the Shoal Lake #40 First Nation itself has been under a boil water advisory for decades. Culturally, for us, philanthropy is about so much more than just giving. It’s about reciprocity, stewardship and our relationship to the land.

Tim Sidock is the manager, corporate and donor initiatives at ImagineNATIVE Film and Media Arts Festival.

“There is a cultural context with Indigenous organizations. Most communities would find contemporary approaches aggressive,” he says. “Indigenous perspectives on stewardship are professional, but you are looking to sustain the relationship. That’s the focus. What are corporate partners getting out of the relationship? Do they truly want to do good with our community?”

Indigenous perspective and Indigenous fundraising are emerging as a force in the Canadian philanthropic landscape, but we are only seeing the tip of the iceberg in the national conversation.

Sidock has a three-person team at ImagineNATIVE.

“But when they went to AFP Congress in Toronto,” he says, “they met only one Indigenous fundraiser while they were there. ImagineNATIVE is supporting them so they don’t feel alone.”

“The settler-created philanthropy sector tends to know the history of philanthropy in this country,” explains Kris Archie, “but not the Indigenous history of the country, during which charities ran and supported residential schools.”

Archie is the executive director of The Circle on Philanthropy and Aboriginal Peoples in Canada (The Circle), an organization whose aim is to build bridges between Indigenous communities and philanthropic organizations. She facilitated a workshop at the AFP Canadian Leadership Retreat in July 2019.

“A lot of charities started out being run by volunteers,” she says, “but who had the time to volunteer? Wealthy people, not people with lived experience. And we can’t know how to move into the future if you don’t know the history.”

“The Indigenous community is the fastest growing population in Canada,” says Archie. “The litigation where Indigenous people have taken government to court has resulted in wealth creation, and it’s all connected to justice.”

The national research agenda of Archie’s organization is trying to amplify the work of Indigenous communities and broaden the view of philanthropy.

“We are trying to re-frame the narrative of being ‘charitable’,” she says, “and working with people who recognize the need to do the work differently. Indigenous philanthropy has more to do with reciprocity, time and cultural context.”

Emerging Trends in Philanthropy for First Nations, Métis and Inuit Communities in Canada: A Focus on Manitoba, a report published in 2017, provides insight into the current dynamics around philanthropy in Indigenous communities, including the way in which the work is described. It was a two-year collaboration between The Circle, United Way Winnipeg and The Winnipeg Foundation.

The distinctions are important to understand the growth and mandates of Indigenous charities and the people who work with them.

Two main themes emerged from the report. First, as Indigenous people seek to participate in the philanthropic sector, the process needs to be in a way that helps strengthen Indigenous organizations and Indigenous leadership. Secondly, Indigenous donors or sector leaders need to see their actions as grounded in Indigenous cultural values and traditions.

The fundraising profession should be prepared to hear more coming from Indigenous professionals and sector leaders on a range of philanthropic issues.

“This year marks five years since the Truth and Reconciliation Committee’s calls to action,” says Archie, “and not one of those calls addressed the philanthropic community—extraordinary given charities’ role in residential schools.”

The Circle is seeking to change that by asking that “philanthropic organizations who wish to make a commitment to using their philanthropic resources in service to Reconciliation to sign on to a Declaration of Action.”

“We’ve had some philanthropic organizations sign and do what’s in the Declaration of Action, but we want to make another push and do more education around it.”

The Circle will be conducting a webinar on the Declaration of Action in the spring of 2020.

The Indigenous perspective on philanthropy is a vital piece of imagining a dynamic, modern-day philanthropic sector in Canada.

“It would be great to have a group of Indigenous fundraisers from across the globe do a panel at AFP,” Sidock says. “That would be amazing.”

“I’m going into spaces with people who have the desire to learn,” says Archie. “Indigenous communities know a lot about the stewardship, equality and at being sustainable for the long term.”

“Reciprocity is the framework with which we operate, and Canada was founded on the reciprocity of Indigenous communities,” says Redsky. “My goal is to create a bridge for philanthropists to get engaged and promote the work of Indigenous charities. It is important to communicate that we can’t keep looking at things the same way as we’ve done in the past. We have to learn from the past.”

Gail Picco is a fundraiser, charity strategist, author and writer.