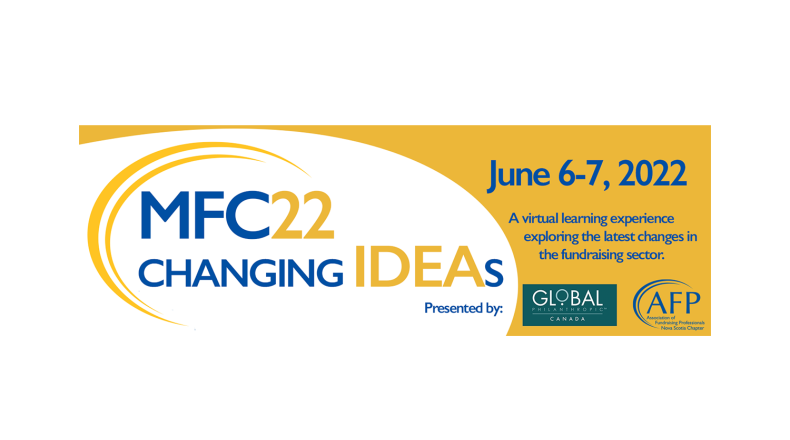 The Maritime Fundraising Conference (MFC), hosted by the AFP Nova Scotia chapter and being held on June 6 and 7, has adopted IDEA as its overall theme this year—two days of virtual learning and networking focused on AFP’s Inclusion, Diversity, Equity, and Access initiative. The speakers and their sessions make up one of the most diverse and dynamic offerings ever presented by a fundraising organization in Canada.

The conference also highlights the work of young professionals, emerging leaders, and the leadership gap.

Alison Clements, secretary of the AFP Nova Scotia chapter, is involved in the organizing committee and said discussions of conference themes are always lively, and during the conversations of how to incorporate the concepts of the IDEA initiative into the conference, it was suggested that the entire theme of the conference be around the concepts of Inclusion, Diversity, Equity, and Access. The conference team readily agreed.

“The conference has embraced the IDEA portfolio,” says Clements, “and will still be covering the hard skills people want to talk about—direct mail, stewardship, and that sort of thing.”

A conference “IDEA rate” is being offered to current and future fundraisers from BIPOC or 2SLGBTQ+ communities who are looking to participate in professional development opportunities but may feel there are barriers to participating. The Fundraising Lab, founded by Cathy Mann, is sponsoring the IDEA rate.

“There is a leadership role for fundraisers within our organizations and if we have enough champions across the country, it will take time, but we will surely make progress,” Clements says. She believes the sector will evolve and old-school ideas will be replaced.

“We could see IDEA as a set of skills, but it is the skills of being human,” she says. “We want to see some new faces around the virtual table. The sector needs it and so far, it has inspired some good conversations.”

The fundraising environment in the Maritimes is unique. Clements says that not only are there culturally diverse backgrounds, but a large part of the province is rural, and the age demographic in the sector is quite varied.

“A young professional or emerging leader could relate to someone from 30 to 50 years old,” she says, “because we have older people entering the profession for the first time.”

She feels the Maritime Fundraising Conference is a space where fundraisers who understand their environment can be together and motivate each other. “And the Nova Scotia chapter is one of the smaller chapters of AFP, and if we can do this, it will hopefully show others can do it too.”

About two dozen speakers will participate in the conference—many of whom represent new and unique voices, others are noted champions of Inclusion, Diversity, Equity, and Access.

Marvin Okello (he/him) who manages diversity, equity, inclusion, and accessibility for the Halifax Football Club will be giving the seminar, How meaningful connections lead to successful asks. Dani Gomez-Ortega, senior manager DEI for Loblaws companies will be delivering the session, Trans Inclusion 101: Creating Trans Inclusive Spaces. Sana Mahboob (she/her/elle), a senior advisor with the Government of Canada, is conducting Islam and Philanthropy, and is part of the closing plenary panel, NS Young Professionals and Emerging Leaders.

About 200 people are expected to attend the conference, mostly from Nova Scotia, but also from Prince Edward Island and New Brunswick. To register for this ground-breaking Maritime Fundraising Conference, visit the conference page here.