Rising to the Challenges: Recruiting Staff in the Healthcare Subsector 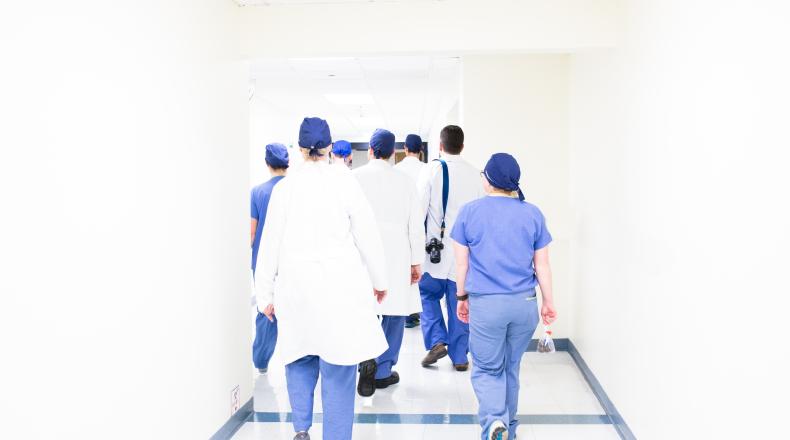 Almost two-thirds of senior charity staff say it’s difficult to be promoted within their organization, and over 70 percent consider the corporate sector a competitor for talent, according to a new report on the challenges of recruiting and retaining fundraisers in the Canadian healthcare subsector.

The report, Rising to the Challenges, was released on Aug. 21 by crawfordconnect, an executive recruitment firm specializing in the nonprofit sector in Canada. While focused on the healthcare subsector, the report has many lessons and ideas for the entire charitable sector.

The report comes on the heels of AFP’s own Job Satisfaction Survey that found while 80 percent of members are satisfied with their jobs, just 51 percent are satisfied with their opportunities for promotion. Half of respondents were very or somewhat likely to be seeking new employment within two years, a sign that some charities are struggling to recruit and keep talent.

At the same time, The 2018 Giving Report by CanadaHelps reveals a “lurking fundraising crisis” in the Canadian philanthropic sector with 30 percent of overall donations at serious risk of exiting the charitable sector within the decade. Giving is down in both gift amounts and the number of people donating, while demand for services is increasing.

“This was first and foremost a research project,” says Deborah Legrove, president of crawfordconnect and former board member of AFP Foundation for Philanthropy – Canada. “We made a determined effort to base the content of the paper on solid research findings. Before proceeding with the research, we conducted 20 pilot interviews to validate that recruitment of fundraising talent actually is problematic and a very important topic for sector leaders.”

The research was conducted by a third party, The Beslin Communication Group. Interviewees included 80 CEOs, executive directors, vice presidents, senior fundraisers or “influencers in the field of healthcare philanthropy” working in eastern, western and central charities of varying size. The interviews were conducted between December 2018 and April 2019.

“The biggest response we’ve heard so far,” says Legrove, “is ‘hooray’… finally some good Canadian research on fundraiser recruitment that will provide relevant information on our problems, as well as solutions and strategies that can be implemented in Canada.”

One of the main findings of the report is the actual extent of the recruitment and retention problems that leaders are struggling with in terms of fundraising talent. Some interviewees reported they felt it was a crisis and that real solutions were hard to come by.

Other key findings include:

How little leaders appear to be using readily available and widely used electronic recruitment tools was one of the surprises in the findings, as was the limited use of social media as a source for talent.

“Social media is a source for recruitment and staying on top of what young and emerging talent is talking about in and outside the field,” says Legrove. “Insularity doesn’t help. Sharing information, ideas, innovative ways of problem-solving with other leaders does. Traditional boundaries in our sector can be restrictive when it comes to recruiting fundraising talent. We need to look beyond these to other sectors and age groups. Supportive leadership is vital, and the first step is to make a determined effort to retain the best-of-the-best on your staff.”

The report shows there is a strong demand for fundraisers, but not enough qualified front-line fundraisers to meet that demand in the healthcare sector. But its 30 recommendations on how to improve recruitment and retention of talent can be extrapolated across the charitable sector:

“Fundraising organizations with a true culture of philanthropy, a strong commitment to professional and personal staff development and a good-place-to-work environment are generally getting it right with respect to recruitment and retention of fundraising staff,” says Legrove. “We hope Rising to the Challenges provides insight to boards of directors, leaders and fundraisers of this country’s vital hospital foundations and health care charities, helping them to strengthen their teams and further their missions.”