Why Tax Credits Won't Save Us 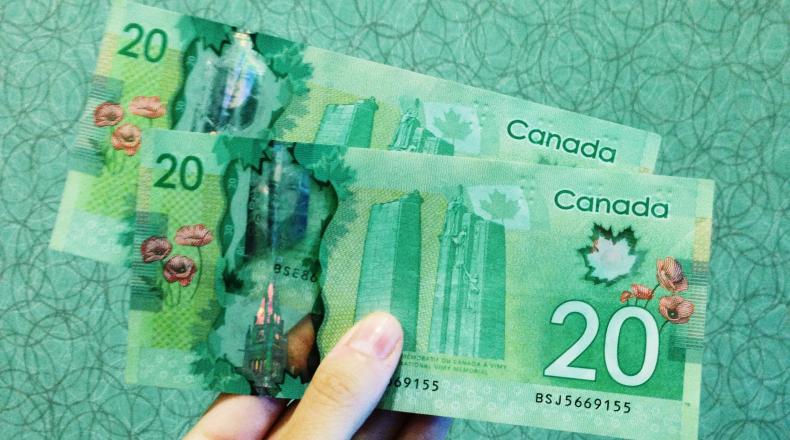 We’re in the midst of a global pandemic that will shape our world in unknowable ways. What we do know is that there have been tragic human costs: if you have lost a friend or loved one to COVID-19, please accept our most heartfelt sympathies. We also know that the economic toll will be high and the social impact will be deep. Even with governments responding like never before, people will inevitably fall between the cracks. The inequities and injustices we’ve tolerated for so long will be exacerbated before they (maybe) begin to abate.

We, as fundraisers, are in the helping business. We’re drawn to make a difference by connecting donors with the causes they care about. We’ve been heartened by Canadians’ generosity during this pandemic: those who can are reaching out to ask what they can do. They too are driven by a desire to help and to make a difference to those in need. Early data shows that giving is up, but it’s impossible to know if this behaviour will continue into the months of the recovery ahead or if it will fade as we adjust to our new normal.

Charities started to feel the impact of COVID-19 early. With spring events and campaigns cancelled, staff have already been laid off, with professional fundraisers, including fellow AFP members, among those who have lost their jobs.

The Government has acted swiftly and decisively in introducing a number of emergency measures, including a 75-percent wage subsidy accessible to charities and nonprofit organizations. Additionally, $174M in grants to specific charities assisting vulnerable populations were announced in March and a further $350M in grants to specific charities were announced today. But the Government needs to do more to respond to the sector’s unique challenges in order to aid recovery: Canada’s 86,000 charities are a vital part of our society and, without further government support, many are at risk of falling victim to COVID-19.

The Government’s response could be a number of things including direct financial aid to charitable organizations, tax incentives for giving, and policy or regulatory changes that could impact the environment for fundraising over the long-term.

When thinking about the best course of action, it’s important to recognize that tax-receipted donation revenue is just one of many streams that comprise a charity’s total revenue; others include earned income, investment income, government funding, foundation grants and non-receipted donations.

It’s also worth noting that Canada already has the most generous tax incentives for charitable giving in the world. Despite this, tax-receipted giving by individuals in Canada has been fairly static over the past 30 years. In fact, the proportion of tax filers claiming donations has been falling steadily since 1990; total donations have continued to rise only because those who give are giving more. Meanwhile, giving directly through platforms such as GoFundMe continues to gain traction, despite being non-receiptable.

Finally, when surveyed, most donors identify tax relief as one of the least important reasons for giving to charity.

To sum up, there’s no evidence to suggest that additional tax credits will motivate Canadians to give more, and certainly not enough to fill the deficit left by COVID-19. Put simply, tax credits won’t save us.

Furthermore, there is a risk that implementing this relatively simple measure would send a message to the Government that, as far as the charitable sector goes, its work is done. But this is simply not the case.

Imagine Canada has been leading a coalition of 150 charitable sector organizations, including AFP Canada, in lobbying the government for a Sector Resilience Grant Program. Based on an estimated need of $10B and discounted to include $2.7B already announced through measures including the wage subsidy, an additional $7.2B is being requested. You can read more about this proposal here and add your voice by contacting your MP here.

In 2017, the most recent year for which data was available from Statistics Canada, the total donations reported by Canadian tax filers was $9.6B. There’s just no way that individual donors, many whose incomes have been impacted by COVID-19, can fill a $7.2B gap.

So what can we do?

As fundraisers, we know that effective relationship development is about prioritizing long-term gains over easy wins. We know that investing in fundraising is important even when - especially when - the money isn’t coming through the door. Some charitable organizations recognize that their message cannot be front and centre right now but every charity makes a difference to the people it serves. And the investments we make in fundraising today, whether we are actively soliciting philanthropic support or simply stewarding our long-standing relationships, will ultimately come to fruition and enable us to serve our beneficiaries, whether they are students, patients or theatre-goers.

But there is something holding our sector back from making those much-needed investments, from upgrading our skills, tools and technology to be able to fundraise effectively: cost ratios. Charities have long wrestled with the accepted wisdom that cost ratios should be a proxy for effective mission delivery and efficient use of donor investment. As a result of COVID-19 and a decline in expected revenue, charities will now face greater financial pressures to cut even more from already lean budgets and, with fundraising revenue likely diminished, will be forced to grapple with a narrative of inefficiency and ineffectiveness.

It’s time to stop this race to the bottom: less isn’t more when it comes to a charity’s ability to weather a storm like COVID-19. Reducing investment in fundraising (and fundraising staff) to offset revenue shortfalls perpetuates the scarcity mindset and makes it almost impossible to maintain hard-won relationships with donors and funders that will be essential to long-term sustainability. If there is something good to come out of COVID-19, it will be a shift in this mindset and the policies that perpetuate it. This is where we must focus our efforts – because tax credits won’t save us.