You Need a Seat at the Decision-Making Table 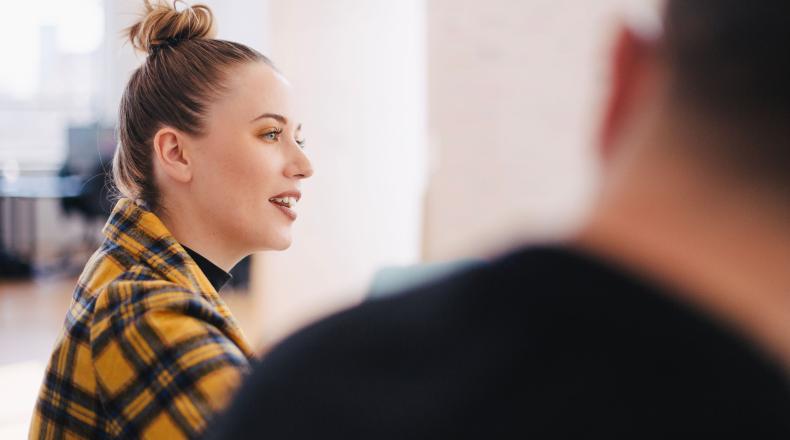 Too often, this seems to be the answer for how to influence the narrative on diversity, equity and inclusivity—gender equity at large. It has become a rallying cry for women advocating for higher female c-suite and board level representation. So just take it at face value. That’s it, right?

It sounds like an easy solution, but when we look at society, it’s rarely that simple. This is particularly true in politics and the charitable sector where we have yet to see women in leadership positions at equitable levels.

What Does Needing a Seat Actually Mean?

Let’s start by having a deeper look at the issue.

(AFP)’s research shows that women comprise 70 percent of the charitable workforce, yet only occupy 30 percent of leadership positions. A similar trend is found in politics. According to the Report of the Standing Committee on the Status of Women, “women represent only 35% of all legislators in Canada, and remain under-represented at all levels of government,” despite “Canadian women generally voting at higher rates than men.”

Somehow, neither high employment or high participation rates have translated into proportional representation in either sector at senior levels of power. In order for meaningful change to occur, we need women in senior positions.

The Good News Is That This Is Slowly Changing.

The Special Senate Committee on the Charitable Sector recently released its report Catalyst for Change: A Roadmap to a Stronger Canadian Charitable Sector. The first recommendation is that the “Government of Canada develop and implement a national volunteer strategy...recognizing [that] the needs of northern, rural and urban communities are unique.” This step towards a more diverse and heterogeneous volunteer community will mean greater diversity in the charitable sector, including influencers and decision-makers shaping the larger equity narratives.

Another step on the path towards gender equity was AFP’s appointment of Liz LeClair as chair of the Women’s Impact Initiative (WII). Liz is the “face” of the movement to create equity in the charitable sector. She and I are the co-founders of the (virtual) National Day of Conversation (#ndoc), which was held on November 26th to increase awareness about the pervasive issue of sexual harassment in the charitable sector, and bring forward positive action and change.

We were encouraged by both the level of participation and dialogue throughout the day, as well as the commitment to maintain the conversation, which was our goal in issuing our #ndoc call to action. Liz’s article in the October issue of AFP’s Advancing Philanthropy magazine includes examples of specific practices and actions to bring forward the kind of change required.

This unprecedented level of momentum propels us on our pathway to decrease and eventually end harassment, increase gender equity, and bring forward a landscape and climate where women are empowered to speak up and fully participate in decision making.

Organizations like Equal Voice, a multi-partisan group advocating for equal representation of women, are gaining momentum every day in the political realm.

With a new executive director, a fresh slate of board members and the launch of a new round of strategic planning, Equal Voice is on an upward impact trajectory. I am also proud to say Equal Voice endorsed the National Day of Conversation on November 26th.

There is something stirring at the decision-making table and it is starting to feel like there may be somewhere to sit after all.