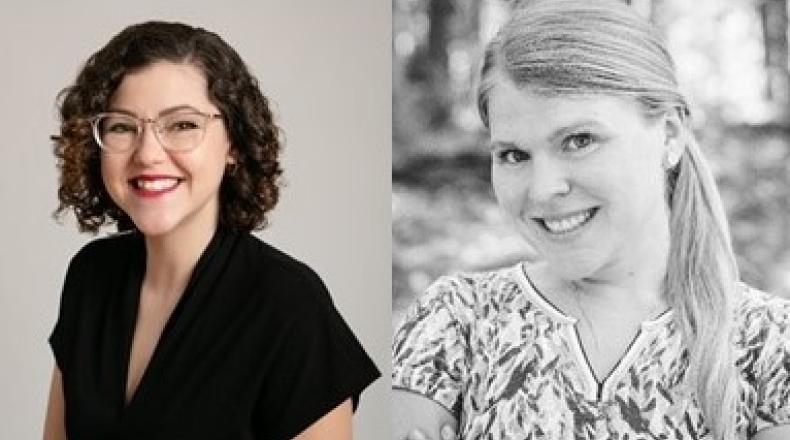 The AFP Quebec chapter is preparing to train francophone fundraisers across Canada on the Narrative for Canadian Fundraising by offering a French webinar on May 25, free for all.

Amanda Fritz, CFRE, MPNL, one of the AFP Quebec board members leading the initiative, became involved in AFP in her first job out of university 14 years ago. Her boss at the time was the president of the AFP Quebec chapter and encouraged her to attend events and become a member.

The Narrative for Canadian Fundraising serves as a guide for conversations about the fundraising profession and how Canadians view the work of fundraisers and the nonprofit sector. For Fritz, it has also been motivational for her as a professional.

“The narrative helped me understand the value in my own work. It changes your perceptions and helps to frame your thoughts about fundraising. It re-casts what people have in their minds about our profession.”

In Quebec, 99% of the chapter’s work, including events, is in French. And while AFP Canada and the AFP Foundation for Philanthropy – Canada translate the content they create into French, the bulk of the content used by AFP Quebec is created by AFP Quebec. And Fritz feels being able to offer the narrative training in French “levels the playing field” for francophone fundraisers across the country. The AFP in Canada strategic plan outlines AFP’s commitment to IDEA (inclusion, diversity, equity, and access). Offering this training for francophones aligns with AFP’s IDEA mandate and its commitment to the principles of inclusion and access across the fundraising profession.

“The Quebec chapter has always been a champion of French language and enhancing the resources available in French,” says Daniel H. Lanteigne, ASC, C.Dir., CFRE, CRHA, president of AFP Quebec. “Other chapter presidents before me have played this important role and we continue to do so, particularly during this time when the French language has been suffering from setbacks at the national level. We are proud to offer members this training in French. This is a great example of how to bridge the gap between the anglophone and francophone philanthropic cultures.”

“The full narrative training is three hours long, but the webinar on May 25 is an easy-to-digest abridged version,” says Fritz. “It will leave participants with the tools they need to put the narrative into practice.”

“Dan Pallotta said in his Ted Talk, ‘The way we think about charity is dead wrong’,” says Lanteigne. “It is in this spirit that we intend to equip every fundraising professional with a positive, articulate and thoughtful narrative about our profession. In this way, participants will be able to better position themselves, gain credibility and, as a result, propel our philanthropic culture to another level.”

“AFP Quebec wants to do more for francophone members outside our chapter,” adds Fritz. “It is absolutely our hope that our function as a chapter will be to record and share all AFP Quebec webinars across Canada. We are the only ones offering AFP training in French across the county right now.”

“So far, 181 participants have registered for the webinar,” says Fritz, “largely Quebec fundraisers, but we hope to attract francophones across the country. Right now, about ten percent of our registrants are from outside Quebec.”