Embedding Indigenous Perspective Into Our Practice

Close to 20% of the population of Manitoba is represented by Indigenous people. It is no surprise, then, that the AFP Manitoba Chapter has made learning of Indigenous perspectives on philanthropy a priority. 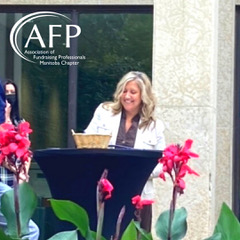 “The Manitoba Chapter is one of 39 signatories to the Winnipeg Indigenous Accord, a way in which Indigenous and non-Indigenous Winnipeggers can come together and explore reconciliation,” says Nicole Hrehirchuk, president of the Manitoba Chapter. The chapter took part in a public signing ceremony in the summer of 2021, committing to, as the Accord states, building an ongoing process of reconciliation in Winnipeg, a process that is based on the establishment and maintenance of mutually respectful partnerships with First Nations, Métis, and Inuit governments, organizations, and individuals.”

The Manitoba Chapter’s signing of the Accord reflects its connection to its community. The chapter has provided all its members the opportunity to learn about Indigenous culture and perspective for free. Derek Yarnell, CFRE, former chair of the chapter’s IDEA committee, worked with chapter leaders from British Columbia, Alberta and Saskatchewan to make a 1-hour online Indigenous cultural training program (developed by the Indigenous Leadership Development Institute) available to their members as well.

“The next logical step from the online training series was to develop a series of workshops, or conversations, and our local Indigenous community is such a huge part of that,” says Pat Robertson, CFRE, chair of the IDEA and Ethics Committee and a member of the board of directors of the AFP Manitoba Chapter, and in the fall of 2021 the chapter offered a series of workshops billed as a Conversation Series. Three of the five-series episodes were on Indigenous perspectives.

“Fundraisers work to address the needs of a diverse society,” she adds. “Equitable participation of members, donors, and community partners is the goal. We want to equip AFP members to welcome and support a diversity of individuals that reflect the plurality of the communities we serve and offer pathways for them to succeed at creating an inclusive and accessible environment for everyone.”

Sharon Redsky presented her insights on Indigenous Perspectives on Fundraising on September 29, which highlighted the history of Indigenous people, funding inequity, and provided successful examples of Indigenous-led organizations working with community foundations.

Lori Stewart facilitated the Decolonizing Fundraising conversation on November 23, detailing how decolonization is a process about valuing the knowledge and decision-making of people who have been side-lined.

“That process begins with examining who has the power, advantage, and control of resources and continues by taking apart dominant ways of doing things. In fundraising, decolonizing involves looking at the ways philanthropy continues harmful inequities based in assumptions, motivations, and values,” says Stewart.

The Conversation Series also featured talks with the Rainbow Resource Centre on issues affecting the 2SLGBTQ+ community and a conversation on anti-racism and allyship facilitated by Roxanne Tackie.

Robertson says collaboration needs to be rooted in “everything we do” – from professional development to membership to government relations.

“One thing the IDEA Committee has set as our goal is to reach out to communities we are not currently working with … the Indigenous community is a focus, and there are others. It is about sitting down with people and finding out what the needs are and what we can do to become a more natural partner.”

The notion of decolonizing fundraising is getting to the power differential that shows up so often, says Robertson. Communities know what they need, and we must look to them for the answers.

Land acknowledgements have become increasingly common in non-Indigenous spaces in the last decade as a way to at least begin a conversation around colonization.

“But one observation about land acknowledgements is that it has to be meaningful to the people reading it out,” says Robertson, “it’s not just about reading words on a piece of paper. That’s the essence of what we need to get at when it comes to reconciliation, I think.”