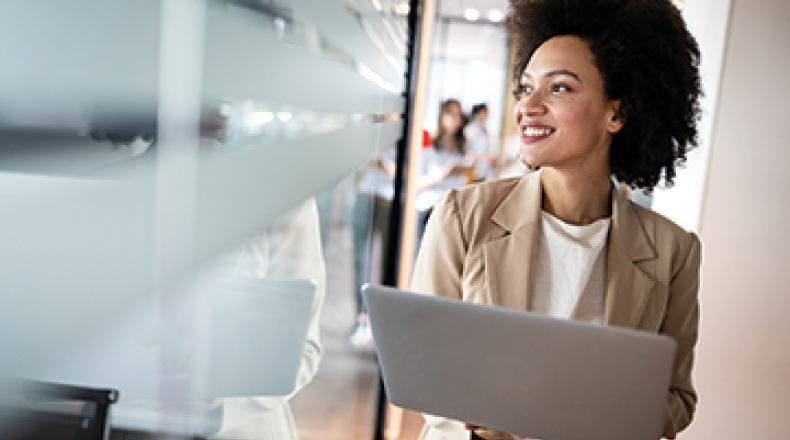 Changing the Trajectory of Cohort Training

The playing field is not level. Small nonprofits primarily run by and serving People of Color (POC) are at a major disadvantage in their fundraising. Their leaders lack relationships with foundations, corporations, government entities, and wealthy individuals, and often do not move in the same circles as these funders. They have few resources to use in hiring professional fundraisers, researchers, or grant writers. They cannot always afford to join membership organizations like AFP or take classes in nonprofit management at area universities. As a result, they simply do not get in the door. Often, these directors may not be acknowledged by executives in the larger philanthropic community.

How do we change that perception? By changing the trajectory of training.

Programs to Address the Issues

“At the AFP Greater Cleveland Chapter, we knew we had not done enough to reach out to these leaders, connect them to the fundraising and philanthropic communities, and help them navigate resources available,” says Fran Anderson, president of List Marketing Group Inc. and the AFP chapter in Cleveland. “We could not just wait for this to happen. We needed to actively make it happen.”

The AFP Global emphasis on IDEA—Inclusion, Diversity, Equity, and Access—pushed the AFP Greater Cleveland Chapter to follow suit and create ways to meet the goals that AFP Global promotes. The chapter created funding for a cohort program for fundraising leaders of color. As part of the cohort program, it created an annual budget for IDEA to be used for scholarships to attend educational programs, participate in National Philanthropy Day, and to promote the AFP Global pillars of IDEA locally in northeast Ohio.

Specifically, the cohort program pays the annual membership fee of $340 for the AFP Greater Cleveland Chapter and AFP Global, allowing cohort members to participate in local chapter programming and to join chapter committees. This enables cohort members to expand their professional network, learn best practices in fundraising, and build capacity for their organizations.

The cohort meets monthly via Zoom. In each class, Bob Cahen, a consultant and immediate past president of the AFP Greater Cleveland Chapter, and Celeste Terry, with the United Black Fund of Greater Cleveland (UBF)—both of whom were key creators of the cohort program—identify and select cohort members from UBF grantees and other organizations that meet certain criteria. They then bring in speakers monthly to discuss a specific fundraising topic. Speakers often make themselves available to the cohort in the future.

But the program couldn’t have happened without the funding of local philanthropist Richard Pogue.

“Once we decided what the training program might look like, we needed to seek funding to pay for the program,” Terry says. “The first person we approached was Richard Pogue, a Cleveland icon. Dick said yes, and a cohort was launched in October 2020 as a partnership between AFP Greater Cleveland and the United Black Fund of Greater Cleveland, a 41-year-old organization created by African Americans to provide grant funding to smaller nonprofit organizations led by people of color.”

Pogue says he thought about the unlevel fundraising playing field and how organizations run by POC were at a disadvantage.

“When I was approached by Bob with this well-thought-out project developed by terrific professionals, I readily decided to provide the seed money to make this happen,” says Pogue, formerly the managing partner of Jones Day, a large international law firm founded in Cleveland.

This unique relationship is creating solutions for smaller nonprofits being led by POC and is a refreshing approach to training in small nonprofit fundraising. The chapter is now working with a second cohort in 2022. Each cohort consists of about eight people, either CEOs or consultants working with small nonprofits, as well as development and fundraising professionals working directly for charities. This cohort allows members to connect with and support each other, Cahen says.

“The other benefits that participants gain are access to professionals, as well as building stronger confidence to be in new philanthropic circles,” Terry says.

Pamela M. Hubbard, executive director of the Golden Ciphers Inc. Youth Development and Cultural Arts Center in Cleveland, says she is excited to be part of the second cohort and that each meeting presents different perspectives of fundraising.

“This cohort has given me the confidence to walk into a room and introduce myself,” Hubbard says. “Participating has expanded my focus and elevated my scope of service, so my board members know how to better fundraise and provide due diligence. It also puts me in a room where I might not have otherwise been invited or would not have known about.”

Hubbard is also joining the Cleveland Chapter’s Program Development Committee, sharing her expertise even as she learns from others.

“Leaders like Pamela are so passionate about their missions and want to succeed,” says Anderson, president of the chapter. “If it were not for this program, many of our members would not even know these organizations existed or have ever learned about the great work they are doing in our community. It is our job to connect them with the resources they need.”

Anderson adds that she had shared a summary of the program at AFP Global’s Chapter President’s Council meeting at AFP ICON in Las Vegas and hopes other chapters will create similar programs.

Since receiving the original funding, others have joined the program to provide funding, says Cahen, one of the program’s co-creators. Those supporters include both Dede Storer and the Louise H. and David S. Ingalls Foundation Inc.

“It’s clearly the sort of program that can attract a wide range of support, another reason we encourage other chapters to develop these kinds of cohorts,” says Rob Sheehan, PhD, an international strategic planning consultant and cohort speaker.

Pogue, the initial funder of the cohort program, reflects on his initial investment.

“Since the program started two years ago, I have had the pleasure of joining several of the Zoom sessions and meeting many of the participants. What strikes me every time, and what keeps me coming back, is that here in Cleveland we have lots of smart, committed nonprofit executives running small and underfunded organizations who need to learn more about the world of fundraising and philanthropy in order to compete,” Pogue says. “Our community leaders can, in fact, work with them through a program like this one to make up for that deficit, and while I am happy to do my part, it’s clear that the professionals at the United Black Fund of Greater Cleveland and at the AFP Greater Cleveland Chapter who conceived of and are running this program are doing amazing work.”

Celeste E. Terry, MSSA, is the grants manager at the United Black Fund of Greater Cleveland Inc. (UBF). She received her master’s degree from the Jack, Joseph and Morton Mandel School of Applied Social Sciences (MSASS) at Case Western Reserve University in 2003 and has served as adjunct faculty at MSASS since 2007. She is author of the book Transforming Non-Profits for Relevancy in Challenging Times (2008) and contributed to the book Wounded Healer (2021).

Fran Anderson is president of List Marketing Group, which she founded in 1998. Her background includes over 30 years in the direct marketing and fundraising industries. She is currently the president of AFP Greater Cleveland and has been an active member of AFP for more than 20 years. She has a personal interest in nonprofit organizations and co-founded a charity called Journey of Hope that helps fund financial needs of adult cancer patients and their families.

Bob Cahen earned a PhD in political science in 1981 from Case Western Reserve University and has worked in nonprofit management and fundraising for a range of organizations including Lakeland Community College, several Jewish community agencies in Northeast Ohio, and the Council for Economic Opportunities in Greater Cleveland. Since 2019, he has consulted for the Hodge Group and for Cahen Consulting. He currently serves as past president of the AFP Greater Cleveland Chapter.