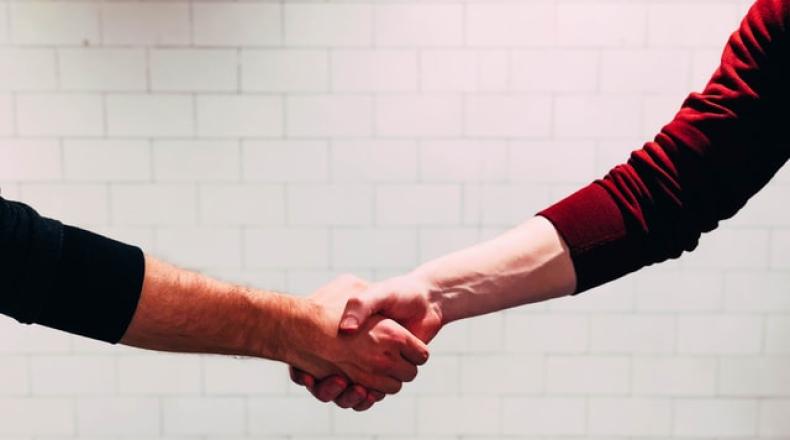 One way to pass the time when you’re at home is, of course, watching television. I like the police procedural dramas, such as “Midsomer” (those poor people who live in that crime-ridden county), “Endeavour,” “Lewis,” and others. In many of these shows, the police headquarters has a crime board for each case. This is usually a large corkboard, blackboard, or whiteboard and is used to keep track of the details of each case, such as photos of the crime scene, suspects’ photos and notes, newspaper clippings, and additional information. In the older versions, you often see strings used to link people, events and information. This would be a suitable method for fundraisers to consider. While you don’t necessarily need to set up an actual case board, this can be a valuable model for developing your network of contacts and potential volunteers and/or supporters.

Finding the Strings
During my consulting experience, I often found organizations had few or no strategies to continually expand their network of contacts. They were not exploring their current networks and looking at the need to regularly resupply the pool of people who could become involved in some way. In one case, I was working with the staff of an organization to figure out if we could connect with a very prominent member of the community. This person had absolutely no connection with the organization but was well-recognized throughout the town as a leader and involved on several key corporate and nonprofit boards. A staff member stated the name and gave some brief background information and why she might be a prospect for involvement. Another staff member suddenly said, “Oh, she’s my neighbor—our kids go to school together and we attend the same church.” The “string” was attached, and from there, it was easy to both get more details on this person and start to determine what the best approach to her might be.

Another client was an agency providing physical rehabilitation services to children. The organization needed to undertake a capital campaign for a new facility due to frequent repairs and the overall unsafe nature of the current building. Staff felt they had no connections to potential major donors, and the agency had never done a capital campaign, but they recognized that at least about $2 million would be needed to acquire a school building that had recently become unoccupied. During our discussions to identify prospects, one staff member mentioned that a child usually arrived for her treatments with her mother by limousine. We finally tracked down the family and determined the father was the CEO of one of the largest insurance companies in the world. After more discussions and strategies plus meetings with family members, the organization successfully solicited a lead gift of $300,000.

We are all somewhat familiar with the “six degrees of separation” theory—the belief that all people are, on average, six for fewer social connections away from each other. While it may or may not be true, it is often the case that people in one setting don’t usually connect their social networks. For example, you may be part of a religious organization and have a good social network there. You might also work at a nonprofit organization that serves children. Have you ever asked yourself if there are people in your religious organization who might be interested in what your nonprofit does and who it helps?

Connect the Strings
Part of successfully connecting those “strings” is to establish formal procedures for collecting information from your existing networks. I am a great believer in simple forms that can be used with a variety of people already involved with your organization. What groups should be asked to complete these forms? My list would include: board members and non-board committee members, all staff (you might be surprised how well connected some junior or auxiliary staff can be), volunteers, selected key donors, outside service providers (lawyers, corporate suppliers, etc.), and others who could be helpful.

And what information should the form(s) ask for? Consider including the following:
•    Person’s full name.
•    If employed, employer, title and brief responsibilities if not clear from the title
•    Education, including schools attended and degree(s)
•    Spouse/partner and same information as above for him or her
•    Children and their ages, adult children backgrounds/employers/titles
•    Involvements and positions (Board member, committee member, volunteer, etc.) at other for-profit and non-profit organizations, community groups, service clubs, etc.
•    Memberships in other organizations, even if not involved otherwise
•    Primary organizations supported by donations
•    Hobbies and interests outside of work
•    Social media connections (see below)
•    Anything else that might be helpful to know (open-ended)

Another obvious source for possible connections is public social media. Who are your key people connected to through their social media platforms? These days, people have a large number of followers and ties to others through social media. These might just be immediate family and friends, or they might represent a much broader outreach. If some are willing, they could use their social media networks to inform others of your organization and its importance. So don’t overlook this valuable resource.

I won’t get into confidentiality issues here but be aware of how this information is used and who should or should not see it. I think a one-page form works best, but people should be encouraged to use the back to expand on the essential information.

As this information is collected from several individuals, key staff should meet to review each person’s form and determine how to proceed with emphasis on strategies for building connections to others from these individuals. It’s probably best to only review a few people at a time so there can be a complete discussion of what is revealed and what the next steps should be. Initial discussions should include the board of directors and other non-board volunteer committee members. And, especially with these groups, if you feel there might be other less-obvious connections to some of your “ideal” but non-connected individuals, just ask. My partner just told me a story of a national organization she was working for in Washington, DC. The organization wanted to get the signatures of some senators and members of Congress on a proposal to designate a particular day to honor a group of grant-making organizations. On a guess, she decided to call a member of her organization to see if he knew any senators or Congress members. She called, and he said, “Oh, yes, I’m having drinks with our senator tonight.”

So, referring back to our original model from the beginning of this article, as you build your potential new contacts, keep those “strings” handy.