The Art of Communication: The Donor Demand for Deeper Engagement 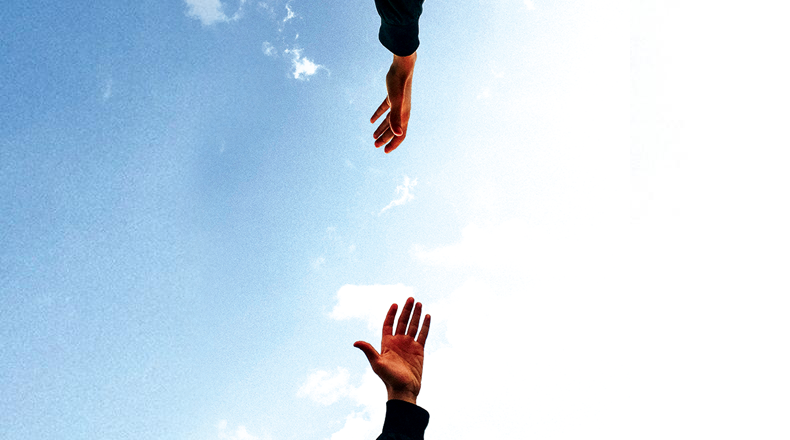 How to Provide Avenues for Broader Impact and Closer Relationships

There is an old adage in fundraising: If you want advice, ask for money. If you want money, ask for advice. With today’s donors demanding more from the organizations they support—increased involvement, improved stewardship and full reporting of how their money is being spent—that old saying is true now more than ever. The trick is converting a donor’s desire for deeper engagement into a long and financially fruitful relationship.

The closest relationships we tend to develop at Rady Children’s Hospital Foundation are with donors who want to roll up their sleeves to fully understand how their investment is being used. For example, we have a donor who supports research into a rare pediatric condition. Her daughter has the disease, so her experience is personal. During our conversations, we established that she has two main goals: gain insight into what causes the condition and support efforts to move closer to a cure. We could have immediately asked her to write a check to fund research and end our relationship there. Instead, we recognized her desire for deeper engagement and provided her with access to doctors who have dedicated their professional lives to studying the disease. We identified research lectures she could attend and provided her with a forum to ask questions. Eventually, she became intimately involved in every aspect of the work and is now one of our most passionate supporters.

Deeper engagement is also possible for those who don’t have a personal connection to a disease. Educational events can pique the interest of potential donors if executed in an accessible way. For those without a scientific background, understanding the work being done at Rady Children’s Institute for Genomic Medicine, for example, can be challenging. It’s easy to get lost in the complexities of whole genome sequencing, alleles, nucleotides and probands. So, at one of our events for the Institute, we demonstrated how to extract DNA from a strawberry and invited attendees to try it themselves. In addition to being a fun, hands-on exercise, it showed in a compelling way how extraction works, how the technology works, and ultimately the potential of genomic medicine. I think about stewarding donors in this way as a three-part, integrated approach: education, asking for advice, and engagement in specific projects.

We’ve extended our focus on personalized interactions to events as well. The role of large galas in fundraising has changed dramatically. Now our events are targeted to donors in specific interest groups, such as oncology and mental health. We’ve found that there are plenty of supporters who would rather give $10,000 and not have to attend a fancy dinner. For those individuals, we’ve moved to one-on-one interactions and targeted, intimate events. Even during the height of COVID-19, we found multiple ways to provide personalized engagement. For evening Zoom calls, we would deliver some nice wine and a charcuterie platter to donors and then join them for a virtual wine tasting, complete with a sommelier. Once finished, the focus would turn to business. This turned out to be a big win for us. In fact, we even got to the point where donors were asking when would it be their turn for a wine tasting.

I believe this personalized approach is the way we should engage with all donors. Think about the relationship on a continuum. On one end is the donor that knows nothing about your organization. Investing time with them to understand their passions and motivations and make them feel like they are part of the team will gradually move them along the continuum to the point where, instead of saying “you should be doing this,” they say, “we should be doing this.” When the donor takes ownership of a particular project, their language changes. Instead of an outsider looking in, they become invested. And that is where you want them to be.

Strategies for developing these close relationships may be unfamiliar territory for fundraisers accustomed to transactional philanthropy. It’s not enough anymore to offer donors naming opportunities or ask them to fund a new piece of equipment and call it a day. To me, a gift officer’s job is to be out in the community, spreading the word about their organization, going to networking events and highlighting exciting initiatives. Every transformational gift I’ve had the privilege of being part of has come from referrals or word of mouth. Fundraisers who pursue a hands-on strategy with high levels of interaction are inevitably rewarded with an introduction to a prospective donor by one of the contacts they’ve made. This type of warm handoff makes all the difference in establishing and developing donor relationships.

When the donor takes ownership of a particular project, their language changes. Instead of an outsider looking in, they become invested. And that is where you want them to be.

Reaping the philanthropic rewards of these deeper interactions with donors often translates into more work for the fundraiser. Today’s donors tend to be more business savvy and keep closer tabs on their investments. One of our recent donors wanted us to write a business plan before making a substantial gift. We sat down with the department’s leadership, developed the plan, and then reviewed it with her. As a businessperson, she wanted to see that she was investing in a viable opportunity that would pay dividends for a long time to come.

Stewardship reports are also becoming more sophisticated and focused. In the past, we may have sent donors a one-size-fits-all annual report. We are now creating detailed stewardship reports unique to the donor and the program they invested. For example, donors with a $1 million endowment receive detailed reports so they know exactly how their money is being spent and invested. If they donated to an endowed chair, or are supporting a physician’s research or academic work, then we’ll make sure to engage with the donor on a micro-touch basis. The funny thing about endowments is that you can’t please everybody. Some people get frustrated if you don’t spend their money quickly enough. They want to see immediately how their investment is making an impact. Other donors want the fund to grow and be there in perpetuity, so they’re happy to have us invest the money for the first five years until we can grow the endowment—even more reason to really get to know your donors’ intentions before they make the gift.

While making donors feel like insiders in your organization can be a successful strategy to encourage giving, it also carries the risk of them getting a bit too involved. You want to get to the point where donors feel engaged and involved, but not to a place where they’re making unreasonable demands of the organization or telling you how to run your business. Discussions involving the day-to-day operational side of an organization should be avoided.

Over the years, I’ve talked to a lot of very wealthy people who give away big sums of money, and I always try to understand their motivations—particularly those who are giving away more than you would think based on their bank balance. When you examine the psychology behind their giving, it is often rooted in an experience they had in their childhood. Even an 85-year-old businessperson who is worth several hundred million dollars will reflect on a memory from his childhood, perhaps his parents giving money to somebody in need or helping to support a cause, and be intensely motivated to live up to their example.

You will also find people who get an inordinate amount of joy from giving, particularly if they see that their support is really making a difference. This is the motivation for one of our hospital’s biggest donors. When he is thanked in the community for his generosity and the incredible impact it is having on the lives of children, he inevitably says, “I don’t deserve any thanks. All I did was write the check. It’s the people at Rady Children’s who do all the work, and they should be recognized for it.” His satisfaction lies in the outcome of his giving, not in the adulation of others. And that, to me, is how a true philanthropist thinks.

The takeaway here is that there is no substitute for time and effort with donors. If you invest the time in identifying deep motivations and providing the donor with meaningful experiences that connect them very specifically to something your organization is doing, you’ve successfully taken engagement—and giving—to the next level.