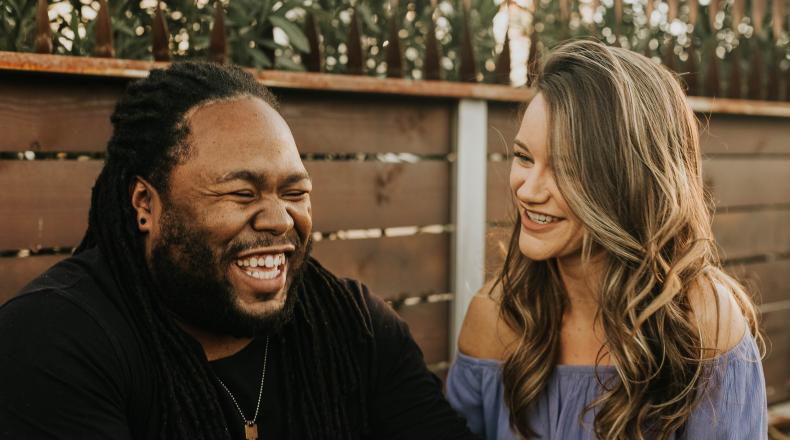 Yes, you read right: we all have biases that affect our daily interactions with others. But before we go on a frenzy of guilt, shame, defensiveness and denial; which is what usually follows for most people when they hear that they may be prejudiced, let’s talk about meaning.

A bias, according to the experts, is a tendency, inclination, or prejudice toward or against something or someone. Some biases can be positive and helpful—like choosing to only eat healthy foods or staying away from situations or people that cause harm. Other biases, however, are harmful because they are based on stereotypes, rather than actual knowledge of an individual or circumstance. These types of biases; which are usually implicit, can prevent us

from objectively considering an issue or person and can lead to rash decisions or discriminatory practices. The phenomenon of implicit bias refers to societal input that escape conscious detection.

So, here’s the deal: the major problem with implicit biases may not be so much that we have them, but that we are unaware of them. Without us knowing, these little critters slither quietly in and out of our daily lives causing all kinds of havoc. At minimum, implicit biases cause us to rub people the wrong way. At worst, we end up supporting and promoting unjust policies that affect others negatively. Thus, in order to keep negative, prejudicial biases in check, the first thing we need to do is recognize them. So, on that note, here’s a list (by no means exhaustive) of common implicit biases. Take a look. What’s yours? How does it affect you and your interaction with others?

One of the most common cognitive biases of human belief, Semmelweis Reflex is the automatic rejection of new concepts, considering them as a contradiction over conventional norms. In this case, a situation arises where innovation and ideas are prevented from developing. Not to mention this may be exactly how we ended up with a two-party “democracy”!

This form of bias, which is deeply rooted in colonial practices and propelled by racism, sexism and other ‘isms, occurs when people consider themselves far better and superior than others. According to research, about 90% of college students consider themselves to be more intelligent than other students. Thus, illusory superiority leads humans to underestimate their negative qualities and overestimate the positive ones. For those under the spell of this illusion, there is no room for growth or for learning with and from others. Dead end, shall we say…?

In this cognitive bias, the individual sticks with the familiar and prefers things to stay the same as they were earlier. Status Quo creates a comfort zone which is manifested in unchanging routines. In this case, the potential for gain is underestimated and the potential for loss is overrated. This bias prevents the individual from making courageous choices and makes it nearly impossible to break away from what are restrictive—and sometimes harmful—domains of behavior. At a collective level, this bias can be one of the greatest obstacles in the way of progress and social justice; the oppressed remain oppressed so that the privileged can remain “comfortable.”

This hypothesis operates on the assertion that the world is just and people get what they deserve. Combined with forms of biases that reject change, this form of bias prevents change, even when there is ample evidence of the need for it. The Just-World hypothesis prevents the upholder from “looking behind the curtain” and realizing that systemic injustice exists and that millions of people are negatively affected by this way of thinking. As one can imagine, this is particularly problematic when the individual holds a place of power and privilege.

Some parting words: unconscious biases are activated automatically and without an individual’s awareness. These hidden biases are different from beliefs and attitudes that individuals are aware they hold but choose to conceal to comply with social or legal norms.

Because we are, by definition, unaware of our automatic, unconscious beliefs and attitudes, we believe we are acting in accordance with our conscious intentions, when in fact our unconscious is running the show. It is possible for us to treat others unfairly even when we believe it is wrong to do so. Cognitive neuroscience research has taught us that most decisions we make, especially regarding people, are highly influenced by our biases. Our assessments of others are never as objective as we believe them to be. Discrimination and incorrect judgements often occur due to stereotyping as a result of unconscious biases. So, let’s check ourselves!

The term derives from the name of a Hungarian physician, Ignaz Semmelweis.
2  The term illusory superiority first was used by the researchers Van Yperen and Buunk, in 1991.
3  Melvin J. Lerner conducted seminal work on the belief in a just world in the early 1960s.

Maria’s career as an educator began while teaching kindergarten in a school in South Central Los Angeles. Through the years, it has extended to teaching English and writing courses in Central America, and most recently, to teaching in the Department of Teacher Education at Claremont Graduate University. She enjoys working with students and always look for ways to help them expand their horizons. As a first-generation college student, she has learned much about the challenges faced by non-traditional students and makes it her life mission to constantly seek ways to improve the conditions for their general development. In addition to her academic and professional interests, she is also a DEI consultant, a professional writer and an avid traveler.

As an Impact Strategist, Claudia comes with more than 20 years of professional experience working across industries and sectors, including law enforcement, mental health, education, workforce development, nonprofit, for-profit, technology, and policy/government. Her expertise lies in leading collaborative efforts to build capacity and streamline operations within companies and organizations. Claudia now works as a nonprofit management and business development consultant, and recently had the opportunity to help draft a first-of-its-kind [in the country] food justice policy that the city of Los Angeles has adopted and will implement citywide.