Cultivating the Relationship: The Intersection of Traditional and Pandemic-era Donor Cultivation Strategies 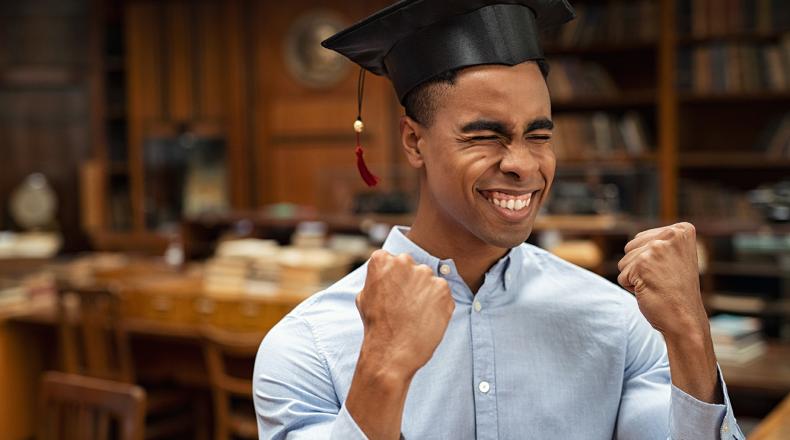 Leandra Hayes-Burgess, vice president for institutional advancement at Benedict College, had to make some quick decisions about her team’s fundraising strategy in early 2020. Her institution’s day of giving was scheduled for March, just as the world came to a screeching halt due to the COVID-19 global health crisis. Hayes-Burgess had to decide between canceling the day of giving because of an inability to engage with donors or move forward into unchartered waters.

Like the team at Benedict, the COVID-19 pandemic has forced everyone to change the way they do almost everything. That includes fundraisers. Fundraising professionals have had to connect with donors and potential donors over the last year in ways quite the opposite of what is known as effective fundraising. But they cannot ignore the basic tenets of relationship building—the key component of any successful solicitation.

The most prevalent change that every fundraiser has had to make is how they conduct meetings and donor cultivation interactions. The proliferation of virtual meetings has been the most common adjustment among fundraisers to engage donors. Such meetings have advantages and disadvantages. Christopher Wiseman, vice president of University Advancement at Loyola University in New Orleans, spoke about the ease of connecting with alumni across the nation. “We’ve realized how easy it is to get alumni and donors from across the country together, whether it’s a formal meeting or an informal happy hour,” he said. Wiseman also noted that it is easier to do certain programming virtually, particularly when guest speakers are required. Marc Newman, vice president for Institutional Advancement at Grambling State University, Hayes-Burgess, and Wiseman all agree that the shift to virtual engagement has provided significant relief to the travel budget. The ease of getting people together has had some real benefits.

At Dillard University, “wellness calls” have gone up significantly. These are calls in which staff members call donors just to check on them. They see it as an investment in their donors that may pay dividends after the pandemic.

At Dillard University, where I serve as vice president of institutional advancement, I was able to connect scholarship recipients with not only the donors but also their families who live from coast to coast. One donor enjoyed the interaction so much, he made an additional $20,000 gift to the scholarship fund.

One-on-one prospect meetings now occur virtually. Some institutions are attempting to meet in person, but they are meeting resistance from individuals who are reluctant—and a lot of times unable—to host guests. For the most part, virtual solicitation and donor meetings have become the default method to engage people. This paradigm has been met with success and failures. Newman likes the ability to conduct research on individuals in real-time and have a constituent profile in front of him when on a virtual meeting. The convenience of having a computer in front of him during a meeting helps him access information he would not have had during a face-to-face meeting. He is careful not to become distracted from the conversation, however.

Conversely, some people simply have not embraced the virtual space. In many instances, it is a generational issue. Constituents who are averse to technology and have only engaged with people in person for decades are not amenable to this new way of doing business. Scheduling time with them is stressful because they do not have, and in some instances do not want, the technological understanding to schedule virtual meetings.

The types of conversations fundraisers are having with donors have shifted as well. Empathetic fundraisers understand that everyone is affected by the pandemic in some way. Some of those ways can impact donors’ philanthropic decisions, so fundraisers have tempered solicitation strategies. In some cases, requests have been postponed or adjusted. For others, requests have occurred as scheduled. At Dillard University, “wellness calls” have gone up significantly. These are calls in which staff members call donors just to check on them. They see it as an investment in their donors that may pay dividends after the pandemic.

According to Hayes-Burgess, Wiseman and Newman, as well as my own experience at Dillard University, the virtual experience and the adjusted solicitation strategies have not negatively impacted fundraising results. Three of these institutions are ahead of last year’s giving, and one is roughly flat.

Virtual meetings are not the only changes fundraisers have made over the past year. Some have increased the number of mailings to expand touchpoints to donors and other constituents. Others have hosted virtual galas and other fundraising events. These have proven to be beneficial in some ways as well. For example, an event manager explained that she raised about 80% of the typical amount of an annual event but only paid 30% of the usual expenses. Even with the lower revenue, her net income was significantly higher than in previous years. There are certainly advantages to hosting virtual events, but is there a point when they will stop working?

The Challenges Are a Challenge

Despite the convenience of a virtual donor engagement paradigm, it also has its flaws. Fundamentally, fundraising is about building interpersonal relationships. Virtual meetings limit fundraisers’ ability to connect with donors. Sure, it is great to see them, but the connection is vastly different. Virtual fatigue is also a real issue with which professional fundraisers are contending. As Hayes-Burgess explained, people are dealing with eight or more virtual meetings every day. Some find themselves working through the day with little more than a couple of restroom breaks and a quick bite to eat. The “Zoom fatigue” is a real thing and donors are not exempt. Fundraisers have to remember to respect donors’ time just as is necessary when doing face-to-face meetings. 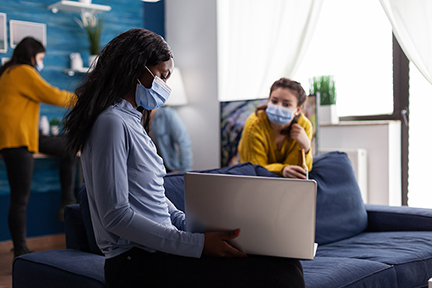 One of the things some of us miss is the opportunity to have spontaneous learning. When meeting in person, there are unexpected opportunities to get helpful information and to gain insights. That can be missing with virtual events. As Wiseman put it, “All those random connections that we make when we’re talking to someone over lunch or at an event and you realize, ‘Oh, wait, that guy’s your brother-in-law’ or ‘I didn’t realize that he went to our university’ are lost.”

Although many organizations are seeing increased donations or level fundraising results despite the pandemic, some are experiencing the opposite. The director of a small performing arts organization explained that her organization’s inability to host events have negatively impacted their fundraising. Some events are nearly impossible to replicate virtually. “Plays are very difficult to do online,” she explained. Organizations that rely on the presence of people throughout the year, like theatres, museums and similar venues, are being hit hard with respect to fundraising and other revenue streams. Their donors are their patrons. During the pandemic, they have not been able to host the people who support their work.

For How Long and What’s Next?

Even for those who have not lost revenue, how long can fundraising operations sustain in this format? It is difficult to predict what will happen. The pandemic’s end is uncertain, so at least for the foreseeable future, fundraisers will operate virtually. Have we created a new and permanent donor engagement model, or is this something we only need to do until the pandemic ends?

Indeed, some version of virtual donor engagement will continue, but fundraisers are eager to resume in-person events. The traditional model of face-to-face meetings is not likely to go away, but donor engagement post-pandemic will undoubtedly look different. Many fundraisers agree that virtual events will be sporadic at best, but virtual meetings with donors and prospective donors will become part of solicitation strategies. The cost savings, ease of connection and convenience for the donor and fundraiser will make virtual meetings a sustainable part of the fundraising paradigm. The overall feeling is that primary donor engagement strategies will likely continue to be in-person, but virtual preliminary and follow-up meetings are here to stay.

As for Hayes-Burgess and what she decided to do in the early days of the pandemic when she had to choose between canceling giving day or moving forward in a new format, she took a leap of faith and engaged. It worked out well, with her institution having its largest giving day ever.