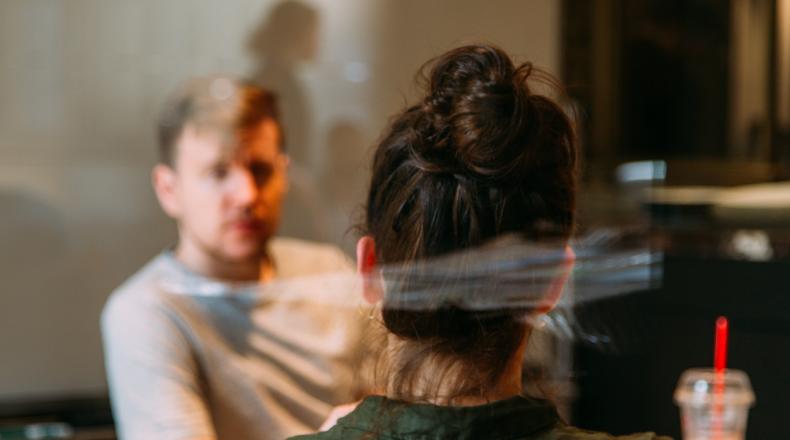 Have you spent hours, days, and sometimes even months cultivating donor relationships, perfecting your storytelling, and developing personal communications strategies only to hear “no” when you make the ask? You’re not alone. Almost daily—if not daily—fundraisers deal with rejection. Some of us have heard “no” more times than we’d like to admit, and we sometimes view this as a personal affront. But what I want to share is this:

That advice is a bit of Toltec wisdom shared by Don Miguel Ruiz in his book "The Four Agreements." It's also consistent with Jesus' teaching on "turning the other cheek." And, the Buddha's teaching on "no-self."

I discussed this Agreement with a group of philanthropic leaders recently, and the response was generally: "How can we NOT take it personally when it is?"

And, therein, lies the kicker (or paradox).

When you take something personally, you fall into the trap of the ego.  You assume that everything is about "you." When I start to fall into that trap, I find it helpful to remember that nothing other people ever say or do is because of me, even when they are reacting to me.

Their reaction comes from them—even if it's a compliment.

If you are uncomfortable with the seeming contradiction that lies within that paradox, consider who suffers when you take things personally – you or the other person? In this context, you may also want to ask yourself this question: "Would I rather be right or free?"

Some may say (and many do) that the phrase "don't take it personally" can be abused.  It can be thrown around in a flippant way right after saying something that was clearly meant as a jab or that was hurtful. Saying that to another person (not yourself) can be a way of deflecting responsibility for the impact on others that your actions or words may have. That's a valid point.

Just because I don't take anything personally does NOT mean I permit others to lash out at me or others verbally or physically.

So, suppose there is a psychopath or sociopath present (i.e., someone who derives satisfaction from seeing other people suffer). In that case, I can defend myself, remove myself from the situation, or remove the offender.

And, for persons working in the context of a high-functioning family, team, board, or other groups, it can be incredibly liberating not to take anything personally, especially when someone has an unintended impact.

Let's consider an extreme example you use to see how this might work.

If someone punches me in the face, I will feel pain. (Having actually been punched in the face, I can share that the pain of that blow usually passes shortly.)While the cause of the pain is the punch in the face, I still have a choice to take it personally or not.

If I take it personally when someone punches me in the face (actually or metaphorically), I may suffer mentally (which is different from bodily pain). That suffering can come in afflictive emotions such as resentment, anger, and even hatred.

So, back to our (extreme) example.

Let's say someone actually punches me and I don't take it personally. That does not mean there are no consequences for the other person. In a calm state of mind (because I am free of afflictive emotions) I may call 911. I say to the operator, “I was just assaulted and the witnesses are restraining the assailant.” The officers arrive and arrest the person for assault and battery.

Or, I may choose to forgive that person - on the spot.

Forgiveness is a whole other topic! I can share that I am not at the point of development where I could be beaten, lashed, and nailed to a cross and cry out: "Forgive them, Father, for they know not what they do."

I do know that NOT taking anything personally can be extraordinarily challenging. I encourage you to give it a try and notice you are more at peace.

David Langiulli is an executive coach and trainer who helps nonprofit professionals and their teams flourish, thrive, and get results.  He serves on the Board of Directors of the AFP Collier-Lee Chapter.