Ethics: The Ground We Stand On—Ethical Principles and Values in Philanthropy 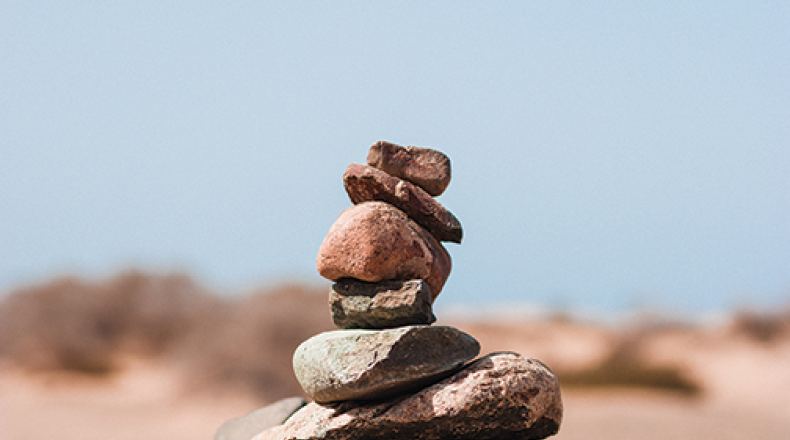 It’s my great honor to serve as guest editor for the July issue of Advancing Philanthropy, which serves as an informal launch of AFP’s increased focus on fundraising ethics.

I have been involved in the shaping, interpretation and enforcement of AFP’s Code of Ethical Standards since the beginning of my ten years of service on the Ethics Committee, including two years as chair. I have presented to dozens of AFP chapters on ethics and am the editor of Nonprofit Fundraising Strategy: A Guide to Ethical Decision Making and Regulation for Nonprofit Organizations (Wiley 2013).

One of the key reasons AFP was formed in 1960 was to create a code of ethics for the fundraising profession, and ethics continues to be one of the lynchpins of AFP’s activities. But while AFP members may be very familiar with the Code, it is not so well known outside the profession, despite the importance of ethics in fundraising. AFP is using the next several months to both celebrate ethical fundraising within the profession and increase awareness of the Code and ethical issues to outside audiences.

There are actually two separate, but related, documents that comprise what members generally refer to as the Code. AFP’s Code of Ethical Principles addresses the underlying principles and values of ethical fundraising for its members. These principles anchor the Code of Ethical Standards, 25 standards which are based on the principles of institutional and individual integrity, alignment with vision, professional knowledge, donor privacy, and treating all with dignity and respect. The principles are what we believe in, while the standards demonstrate how to put our values into action.

The AFP Code of Ethical Standards

Ethics embody principles or guidelines for conduct, offering stimuli for thought. Guidelines for ethical behavior are universal, whereas values will differ from person to person. Ethical guidelines can determine the extent of rightness of wrongness, while values determine level of importance. Ethical guidelines—including standards—require that both individual and organizational values are articulated and respected.

The successful conclusion to an ethical dilemma may not be a determination of “right” versus “wrong,” often because there are conflicting values. The process of seeking to understand the underlying values from multiple perspectives may not resolve the dilemma, but it will add to creating a climate of mutual respect. Values are personal, learned and tied to culture, language, religion, gender and education. Effective ethical guidelines acknowledge the variety of values in our philanthropic environments.

“Ann,” our fictional fundraiser, is a major gifts officer for a private teaching hospital in a major city. She has been in this position for less than a year, and this is her first major gifts position. Ann’s spouse is a cardiologist affiliated with the same hospital. He has worked for several years in developing a specialized catheter which, if successful, could benefit many cardiac patients.

The hospital is in the early stages of an ambitious capital campaign, and a new cardiac wing is among the projects to be funded. Ann’s responsibility is to secure major staff gifts. She has been given a list of physicians with specialties matching those included in the campaign. The name of Ann’s partner appears on the list.

Ann shares her new assignment with her partner over dinner, who offers to donate $50,000 to the proposed cardiology wing. “Think of this as a lead gift to get the ball rolling with my colleagues,” he says. “Additionally, this contribution will help me with added visibility at the hospital, which is important as my catheter research is finalized and ready for market.”

Ann is a new member of AFP and she is aware of AFP’s ethical standards. Ann agrees that fundraisers need to maintain an ethical stance in their interactions with donors. But ethical dilemmas are not always a matter of right versus wrong. Competing “rights” can be the basis of a dilemma.

One suggestion to identify possible ethical challenges is to ask if Ann should have requested that her partner’s name be removed from her prospect list. Ideally, Ann would disclose their personal relationship as a matter of transparency. But it appears Ann did not make this request. Further, it appears that her spouse offered to make the contribution without Ann asking for a contribution.

Should Ann accept her partner’s offer of a $50,000 gift for the cardiac wing of the hospital? Is it appropriate for her partner to make this contribution, with the understanding that he seeks favorable recognition for the gift? Will Ann’s colleagues be justified if they complain that Ann took advantage of a personal relationship to secure a gift? What if the donor is not Ann’s partner, but someone she has a close personal relationship with? Does that change the situation?

Suppose Ann tells her VP of her partner’s intentions, and the VP suggests that Ann ask for $100,000 instead. Now Ann would need to go back and ask for more money. We can imagine different ways this scenario could play out, but the question of appropriateness lingers. So often, ethical dilemmas are value-centered. What Ann believes is appropriate and what her partner believes is appropriate is connected to their individual personal values.

In Ann’s case, there are at least four perspectives about the pledge: Ann as the fundraiser, Ann as a partner, Ann’s partner, and Ann’s employer. No laws have been broken, and no harm has come to anyone, but it still leaves Ann in an awkward situation.

If professors should not get personally involved with students, and counselors should refrain from personal involvement with patients, what is an appropriate professional stance between a fundraiser and donor? A fundraiser’s obligation is to create and maintain professional relationships between the institution and the donor for the benefit of furthering the mission or core work of the institution. Dating a donor may appear to be inappropriate, but what about being married to (or in a domestic relationship with) the donor?

Using this fictional case study, how would we begin to address the situation?  Before addressing some discussion questions, consider these:

You can use the following questions for further discussion. You can also add your own.

How Do We Make Ethical Decisions?

A conflict of interest occurs when personal and professional interests compete. Conflicts can be mitigated with pre-existing standards of conduct, such as AFP’s Code of Ethical Standards. The appearance of impropriety begins on a personal level and is inextricably tied to one’s values. There are occasions when those values compete, causing us to rationalize our behavior. Common rationalizations include, “I’ve got it coming,” “Everyone else is doing it,” “No one was hurt,” or “It’s for a good cause.”

This case study is just one example of the decision-making that is often part of a fundraiser’s daily routine. Some decisions are a choice between an obvious right and an equally obvious wrong, while others appear neither right nor wrong. Ethical decision-making can involve those instances where there are competing “rights” and “wrongs,” requiring a choice that can create conflict with competing values. Core competing conflicts include truth vs. loyalty; individual vs. community; short-term vs. long-term; and justice vs. mercy.

Values are not normative. They cannot be aligned in some linear manner to determine if some take precedence over others. Behavior is value-driven, and codes of ethics guide behavior, but ethical codes are not benchmarks for rating values. In any ethical dilemma, the resolution of the dilemma is secondary to the process used to gain understanding of the principles and values embedded in the dilemma. There may not be agreement, but every effort should be taken to understand the situation from the other’s perspective.

As you read through the articles on ethics in this and the October issue, and address ethical issues in your daily work, be mindful of the relationship between principles and values. An ethical culture in philanthropic institutions rests on a foundation of respected values and principles and an adherence to ethical standards. Our values, principles and standards—our ethical posture—is the ground we stand on.

Members of AFP are motivated by an inner drive to improve the quality of life through the causes they serve. They serve the ideal of philanthropy, are committed to the preservation and enhancement of volunteerism, and hold stewardship of these concepts as the overriding direction of their professional life. They recognize their responsibility to ensure needed resources are vigorously and ethically sought and the intent of the donor is honestly fulfilled.

To these ends, AFP members, both individual and business, embrace certain values they strive to uphold in performing their responsibilities for generating philanthropic support. AFP business members strive to promote and protect the work and mission of their client organizations.

AFP members, both individual and business:

Janice Gow Pettey, Ed.D., is chair emeritus of the AFP Ethics Committee. She is the editor of Nonprofit Fundraising Strategy:
A Guide to Ethical Decision Making and Regulation for Nonprofit Organizations (Wiley, 2013) and Ethical Fundraising: A Guide for Nonprofit Boards and Fundraisers (Wiley, 2008). She is the founder and principal of JG Pettey & Associates, www.jgpconsulting.com. Janice was awarded the Henry Rosso Lifetime Achievement Award in Philanthropy from the Lily Family School of Philanthropy, Indiana University, and a Lifetime Achievement award in Fundraising from the Golden Gate Chapter AFP. She lives in San Francisco.