Fundraising and Research: Charitable Giving Trends for 2022 and Beyond 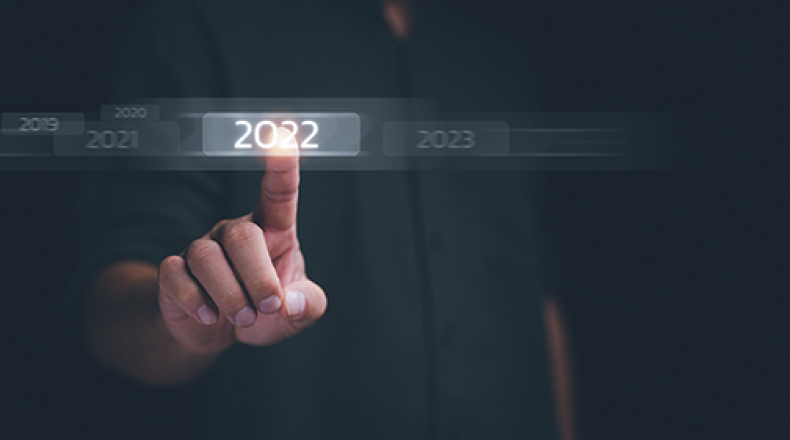 Each year, the Giving USA report, published by the Giving USA Foundation and researched and written at the Indiana University Lilly Family School of Philanthropy, estimates total charitable giving, how much was given by the four major sources of giving, and how much was received by the nine major recipient categories of charities. Amid uneven conditions and unprecedented events in 2020, total charitable giving in the United States rose 5.1% (3.8%, adjusted for inflation), to a record $471.44 billion in contributions. This increase reflects flat or positive growth in giving to seven of the nine major recipient subsectors in inflation-adjusted dollars.1

Last year was a year filled with unprecedented events, including the COVID-19 pandemic, the ensuing economic crisis, the movement for racial justice and natural disasters. Meanwhile, large-scale government action, including the CARES Act and the investment in vaccine research, helped lift many economic measures, and by the end of the year, the markets experienced growth. However, the gross domestic product was still negative by the end of the year, and many families and businesses were still struggling. This highly unusual year introduced new patterns of giving and helped to accelerate trends that we had already seen in philanthropy. As we look forward to 2022, the biggest question is whether the trends that emerged under these unusual conditions will persist in the coming years.

Giving by individuals remained by far the largest share of giving in 2020, representing 69% of the total and an estimated $324.10 billion.2 Giving by individuals rose 2.2% in 2020 (an increase of 1.0 %, adjusted for inflation). While giving by individuals grew, it grew more slowly than giving by foundations and giving by bequests. As in years past, donors of all types gave in response to the needs created by the unforeseen events of the COVID-19 pandemic and the racial justice movement, which helped to strengthen growth in this area. The growth in the stock market at the end of the year was also an important factor, especially for high-net-worth households. One study found that 80% of the market growth during the COVID-19 pandemic benefitted households with assets of $5 million or more.

Giving by foundations showed the strongest growth in 2020, rising 17% over 2019 (an increase of 15.6% when adjusted for inflation). The strong year-end market for the past several years helped to boost endowments and increase giving rates, as did the foundation response to the events of 2020. The events of 2020 had a profound effect on what types of causes received funding as well as how funding is distributed. One report by the Center for Effective Philanthropy reported that over 75% of surveyed foundations made new efforts to support Black communities, and 63% reported new support to Latinx communities in 2020. In addition, over 800 foundations signed a call to action to loosen existing grant restrictions, increase unrestricted funding and give to community-focused emergency funds.

The events of 2020 had a profound effect on what types of causes received funding as well as how funding is distributed. One report by the Center for Effective Philanthropy reported that over 75% of surveyed foundations made new efforts to support Black communities, and 63% reported new support to Latinx communities in 2020.

Giving by bequests totaled an estimated $41.91 billion in 2020, with a growth rate of 10.3% from 2019 (an increase of 9%, when adjusted for inflation). Giving by bequests is also linked to growth in the stock market, but the events of 2020 undoubtedly also provided an opportunity for donors to consider the legacy that they want to leave. According to a survey of 328 nonprofits conducted in October 2020 by Marts & Lundy and the National Association of Charitable Gift Planners, 62% of respondents indicated that donor interest in bequests had grown in the pandemic, and 52% said interest in retirement plan beneficiaries had increased. Fundraisers have an opportunity to educate donors on the wide range of ways they can leverage their assets to support the nonprofits of their choice.

Unemployment rates in 2021 have declined from the highs seen at the beginning of the pandemic, but rates are still higher than pre-pandemic levels.

The only source of giving that did not see an increase in 2020 was giving by corporations, which declined 6.1% to $16.88 billion (a decline of 7.3% when adjusted for inflation). The negative GDP, as well as the declines in corporate pre-tax profits, had the strongest influence on this decline. While some sectors such as technology experienced strong growth, other sectors such as the travel and hospitality sectors incurred major losses in 2020. Finally, it should be remembered that many corporations responding to COVID-19 and the racial justice movement launched multi-prong efforts, including changes to hiring practices, supply lines, and business practices, which are not considered traditional philanthropy and not included in the Giving USA estimates. Going forward, the growth in the GDP and the multi-year commitments made by many different corporations may help to strengthen giving by corporations in the coming years.

Four Trends for 2022 to be on the Lookout For

1    All data in this section are reported as estimates, which are subject to revision. To provide the most accurate estimates for charitable giving, as new data become available, Giving USA revises its estimates for at least the last two years. See more about how Giving USA calculates charitable giving by sources and uses in the “Brief summary of methods used” section of the report.

2    Giving calculations include mega-gifts, COVID-19 giving, and racial justice giving. See more about how Giving USA calculates charitable giving by sources and uses in the “Brief summary of methods used” section of the report.

Anna Pruitt, Ph.D., is the managing editor of Giving USA: The Annual Report on Philanthropy, the longest-running annual report on charitable giving in the United States. She researches individual giving, donor-advised funds, regional giving, and other important topics in the field of philanthropy as a member of the research program at the Indiana University Lilly Family School of Philanthropy. Her work brings cutting edge research to donors, fundraisers and nonprofit leaders.