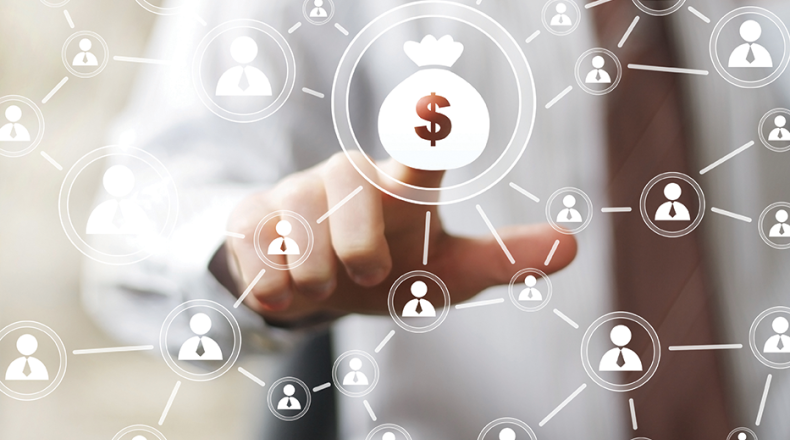 Nonprofit boards are in a constant struggle to define the correct level of fundraising expenses. Most advice is based on word-of-mouth discussions between well-meaning volunteers. Misinformation is more prevalent than facts. The result is that organizations routinely use incomplete measures to assess impact, leading to stunted growth.

Or rather, the result is that thousands of people who could be served by our fabulous nonprofits and generous donors are not!

We can understand that a board may celebrate a 12 percent expense ratio that raised $1 million. But what if they had a 17 percent expense ratio with $2 million raised and a steady growth curve? What if twice the number of people could have been served through more aggressive investment? Unfortunately, these discussions rarely happen within the nonprofit board environment.

The benefits of ethical capitalism are obvious: Investment leads to efficient organizations that meet growing demands. But in the nonprofit world, the rule book is somehow different. The perception is that donors want to see their donations impact those in need and that other expenditures are wasteful.

As a result, the concept of effectively investing funds in salaries, marketing, and operations, or “overhead,” is rarely addressed. The conversation is driven by fear of disapproval rather than by transparent and honest discussion. A well-meaning contributor may state that “100 percent of my funds must go to the children,” and of course, we must respect these wishes. But we also recognize that this is often a right-pocket/left-pocket game that sidesteps the real issue. Without “overhead,” the charity would cease to exist. The money to pay the bills has to come from somewhere.

Fortunately, most donors understand that spending is sometimes needed in order to achieve long-term results. But few donors and board members really understand how to evaluate fundraising for these expenditures.

So What Exactly Is Normal?

A 15 percent fundraising expense ratio is often cited as the “expected average.” So let’s start with the most elementary of analyses. Would this be the right standard for a small, new charity? Or would it be a better measure for a large, established charity? Is it the perfect standard for a charity supporting a popular and well-known cause that attracts donors easily (e.g., breast cancer)? Or would we expect it from a charity that is struggling with an emerging disease (e.g., remember when autism was unknown).

Are the donations received by a hospital, where donors receive VIP access, equally expensive to achieve as those raised by a small social service agency that can only return sincere thanks? Let’s make this contrast simple: Would it be reasonable to compare the expense ratio of the Mayo Clinic with a small and recently established youth charity that is struggling to help hundreds of children in an underserved community?

In each of these scenarios, the acceptable measurement must be carefully considered. Size, maturity, popularity of the cause, scope of the charity, and much more must be taken into account.

Why Does Incomplete Evaluation Happen?

We are human, and we repeat truisms in the absence of knowledge. And when no one argues against the ordained axioms, they become “fact.”

Audits and board retreats often fixate on feel-good measures that are missing the context leading to educated conclusions. That is not to blame the auditors, who must respond to the expectations of their client boards. I have seen frowns and dismay at such meetings when expenses approach 20 percent, and wide smiles at 10 percent. But there is no contextual discussion as to why it was higher or lower than expected, or what increased investment might have accomplished instead.

At these meetings, our volunteer leaders are making their best efforts to apply what they’ve learned from others. But we can do better. And we must find a way to start the conversation without fear. There is not one golden standard of investment and return for nonprofits. An average fundraising expense ratio without considering other causal factors is just plain wrong.

How many board members understand that fundraising expenses can be (and are) internally allocated in endless ways? Every nonprofit uses a creative allocation range to determine where costs are counted (just ask any nonprofit CFO). Is 50 percent of the CEO’s time spent on operations or fundraising? Is a fundraising brochure a marketing piece or strictly a fundraising brochure? Was the food served a fundraising expense or an educational program expense? Is a temporary staff member an event expense or an operational expense (guess which one will be chosen 99 percent of the time)? All these and many more provide variability for the allocation of expenses.

This creative allocation process can sometimes get out of hand, though.

One highly regarded 2004 study (Special Issues in Nonprofit Financial Reporting) shockingly reported the following through an analysis of IRS 990 forms:

The Impact on Charities

The effect of these standards can be dramatically negative—especially on new or small nonprofits. Most studies show that the loss of a good development officer can cost a charity hundreds of thousands of dollars, if not millions. Yet many nonprofits will lose a development officer for lack of a $10,000 investment in salary, training, or benefits. They just can’t afford it. Or so they believe.

A nonprofit organization could be measured by the quality of its services and the quantity of people served, not primarily by how low it keeps its operational expenses.

Here’s a typical case in point: A midlevel development manager was earning a below-market rate despite her strong performance. This hardworking, college-degreed professional remained in her role for almost two years, honing her skills and creating trusting relationships. And then, just as she was nearing the pinnacle of donor trust, she was picked off by another charity who could “afford” to pay her market rates.

A few months later, the organization proudly celebrated its audit showing that their expense ratio was only 12 percent. And the management beamed at the praise. But, in reality, it was this charity that could least “afford” to lose this development officer. What they might have considered instead was the long-term relationship between low investment, staff turnover, and other factors that heavily influenced growth and long-term stability. What they could have been discussing instead was the opportunity cost of “saving” $10,000 while applauding their low overhead.

A second challenging trend is a fear of risk-taking. In a typical for-profit organization, risks are accepted while new and worthy ideas are explored. But not every new fundraising effort can be guaranteed to succeed. Some work; some don’t. And even the most successful fundraising effort often takes time to mature. A fabulous fundraising idea may produce $50,000 in its first year, with a gut-wrenching 70 percent expense ratio. Ten years later, this same idea may be producing $1,000,000, with a 20 percent expense ratio. How many charities shy away from risk due to the fear of expanding their overall fundraising expense ratio?

So, What Is the Norm?

Extensive discussion exists on this difficult issue, and it is up to development professionals to share this with boards. Through numerous books and articles, as well as a TED Talk that is worth a watch, Dan Pallota in particular has highlighted the extent of the challenge.

Successful charities strive to develop analytical models with care, transparency, and respect, not with fear. The value of an engaged board in this process is immeasurable. Wise investment in growth and success, overseen by informed board members and educated donors, is a great thing. A low, fixed percentage of expenses, judged independently of overall value, is not.

Clearly, all humanitarian organizations must secure the funds needed to achieve their primary missions. But these organizations must also face that without money, there is no mission. Thoughtful investment is more important than sticking to outdated ratios and conservative, feel-good practices.

What Is the Measure That Matters Most?

It’s time we took a bolder and more visible look at how we measure our nonprofits and reach well-researched and thoughtful conclusions that make maximum impact. Let’s start with our own boards. A nonprofit organization could be measured by the quality of its services and the quantity of people served, not primarily by how low it keeps its operational expenses. The millions of people served by our dedicated nonprofit organizations deserve nothing less.

Rolando Damian Rodriguez, CFRE, president of The Crosspoint Group. For over 30 years, he has developed fundraising campaigns for humanitarian causes. In 2012, Rolando launched The Crosspoint Group, a Miami-based agency specializing in branding, board training, and major-gift marketing programs. Previously, he established one of the most successful public hospital foundations in the country, raising over $200 million and establishing the International Kids Fund to provide lifesaving care to children from all over the world.