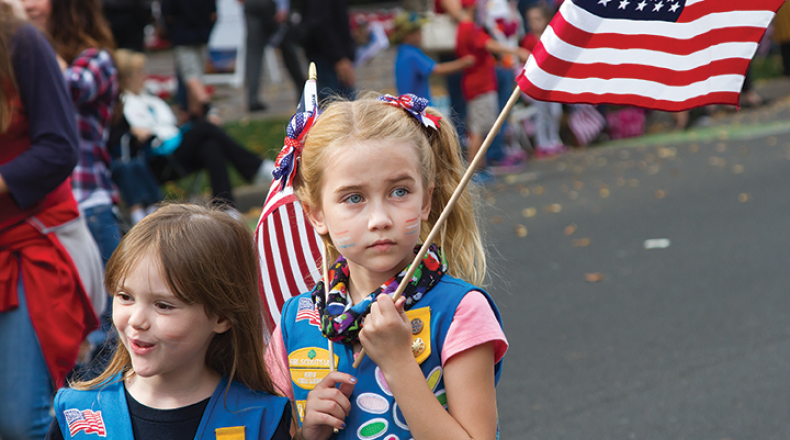 Girl Scouts has a long history with planned gifts, with the organization’s founder Juliette Gordon Low providing the very first one. She bequeathed her carriage house in Savannah, Georgia, to the Girl Scout movement, and it became the first national headquarters. More than 100 years later, her carriage house and home remain a popular destination for girls and adult Girl Scout members to learn about the organization’s history.

Low’s vision was to ensure girls were able to realize their full potential. She had the foresight to use planned giving to continue her legacy of building girls of courage, confidence, and character.

In 2011, another visionary began her impact on philanthropy in the Girl Scout movement. Girl Scout alum Dianne Belk was reviewing her estate plans and wanted to ensure that she included Girl Scouts of the USA (GSUSA) as a beneficiary. After meeting with the organization’s leadership, she felt compelled to volunteer and assist Girl Scouts with planned giving. Her efforts spearheaded planned giving at both the national level and at the 111 Girl Scout councils nationwide.

In 2012, Belk was named the founding chair of the Juliette Gordon Low Society, formed by GSUSA to honor those who make Girl Scouts part of their wills and estate plans. Since then, Belk has stewarded the Juliette Gordon Low Society’s growth from 348 members in 2011 to more than 5,000 members today. She and her husband, Lawrence Calder, have visited or spoken with each of the 111 GSUSA councils about the powerful effect of planned giving.

In 2018, Belk and Calder committed $1.2 million and challenged Girl Scout councils to increase planned giving efforts. Councils educated their supporters about planned giving and asked them to include the council in their wills and estate plans. And 102 councils met the challenge, resulting in over 843 new planned gifts worldwide, valued at more than $30 million. Each of those councils received a $10,000 planned gift from Belk and Calder.

Many volunteers are intimidated by the task of asking for money. But Belk says, “I am not afraid to ask for support, because I am not asking for myself, I am asking on behalf of our Girl Scout members.”

Belk began speaking to small groups of donors at the councils. She shared her story of selling eggs to pay for her $1 Girl Scout membership dues. She also asked those present to make a planned gift. She continued doing events at councils and learned which people to invite, as well as the best times and locations, while developing a strategy for the events. Eventually, she wrote the Girl Scout Planned Giving Toolkit.

“I learned that nothing beats a peer-to-peer ask. It’s in our mantra to be a sister to every Girl Scout. Our Girl Scout experience is visceral in our memories,” Belk says. She also learned to cast a wide net for invitations to events. “It’s not just your top donors. Invite everyone. By mentioning planned giving, you will filter out those who are uninterested.”

Volunteers can be powerful forces in planned giving, complementing the work of staff and adding a level of engagement that encourages and challenges their peers to give. Girl Scouts has a web of connections that include troop leaders, lifetime members, Gold Award Girl Scouts, alums—all are supporters of the mission of Girl Scouts. Potential donors will look at the list of planned giving donors and take note of who is and who is not on the list. It all starts at the top—the CEO, board chair, and chief development officer must be planned giving donors.

Girl Scouts of Northern Indiana-Michiana, based in Fort Wayne, Indiana—a council serving 3,500 girls—is one of the councils that has enjoyed success with planned giving. “We make it part of any conversation about giving,” says CEO Sharon Pohly.

“When we approach the board, we try to have current board members do the pitch rather than our chief development officer or myself,” Pohly says. The matching gift from Belk and Calder also had a positive impact on planned giving. “The biggest boost to our momentum was just getting started. We didn’t have a planned giving program when I arrived 12 years ago. We now have over 25 members.”

Pohly met Belk at a CEO meeting, where she received her Juliette Gordon Low Society pin for planned givers.
“When she made her call for planned givers, I went forward and got my pin. What a kind and wonderful smile she has. How well she connects with people,” Pohly says says. “Dianne has inspired us to get into planned giving. I just love her story—selling eggs to be a Girl Scout, becoming the first woman industrial engineer in the state. She certainly has been an inspiration.”

Knea Hawley, vice president of development at Girl Scouts San Gorgonio in Redlands, California, first heard Belk speak in 2013 in San Diego. It was at an AFP conference followed by a GSUSA fund development conference. It was the first time she met Belk. “So, she does her speech. I was mesmerized. She was just fantastic.”

The next day, Hawley was walking down the street and Belk and Calder were coming toward her. “I went all fan girl on her,” Hawley says. She invited Belk to speak to her council. “She agreed. She’s been so helpful ever since,” Hawley adds. “She’s been a wonderful thought partner, a wonderful mentor.”

Calder brings a lot to the story, too.

“He’s one of those people who asks all these insightful questions that make you think,” Hawley says. “They’re this amazing team together.”

When asked about fundraising volunteers, Hawley says that she has had a variety of volunteers engaged on a local level, with one board member hosting a Juliette Gordon Low Society event. 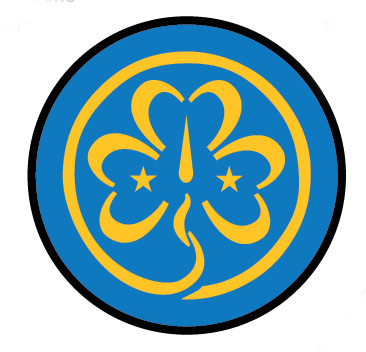 One event featured a panel that had an attorney, a tax professional, and a financial planner. The audience had the opportunity to hear from different perspectives. There also was an event at a Girl Scout camp that included a lot of people who attended that camp. “They would ask each other to make a planned gift, and then they received their Juliette Gordon Low Society pin at the event,” Hawley says.

Belk often states that, “the No. 1 reason women do not give is that they are afraid of running out of money. The planned giving message should be: ‘This is not today’s money coming out of your pocket. It is deferred. A woman’s perspective is doubly important for Girl Scouts. One hundred and ten years of the Girl Scouts movement has provided the basis for a legacy of giving.’”
She also emphasizes to councils she meets that they need to connect with planned-giving donors within the last 10 years of their lives.

With this advice in mind, advancing planned giving is as important now as it has ever been. been. Every day, volunteers and donors selflessly provide meaningful support for Girl Scouts’ programs, experiences, and leadership opportunities. Following in the footsteps of Juliette Gordon Low, Belk and other visionary, enterprising women have had an immense philanthropic impact on their local communities. That has allowed Girl Scouts to expand upon its long history with planned giving, while it cultivates and champions the future generation of female leaders.

Julie Weagraff, MNO, CFRE, is vice president of fund development for Girl Scouts of North East Ohio. She serves on the AFP Global Nominating Committee and Women’s Impact Initiative. Weagraff has 30 years of nonprofit advancement experience and holds a bachelor’s degree in public relations from Westminster College in Pennsylvania and master’s degree in nonprofit management from Case Western Reserve University. She is a proud Girl Scout alum, Juliette Gordon Low Society member, and lifetime member of Girl Scouts of the USA.

Patricia Broughton, a lifetime Girl Scout member, is a senior consultant for Evolve Giving Group, a national woman-owned and woman-led fundraising firm headquartered in Chicago. A CFRE since 1999, Broughton serves on the boards of the AFP Chicago chapter—where she co-leads the White Fundraisers Advocating for Racial Equity affinity group—and the Evanston Environmental Association.