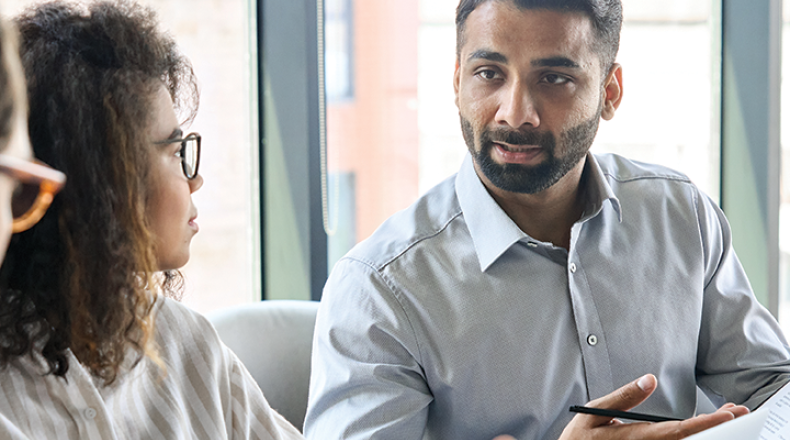 We know that the planet is hurting. Our people are suffering from wealth gaps that feel as though they will never close. Black, Indigenous, and People of Color (BIPOC) organizers are struggling to see equitably distributed resources, and we are witnessing the same solutions and policies we have been using for decades fail the people that they are meant to protect. A 2021 report by the Philanthropic Initiative for Racial Equity (PRE) found that, in 2018—the latest year for which complete grants data is available—just 6% of total philanthropic dollars supported racial equity work and only 1% supported racial justice initiatives. The time is now for a big shift in how we think about our resources and the people behind them.

Fresh off the one-year anniversary of their world-changing climate justice campaign, which aims to shift hundreds of millions in new resources to BIPOC-led organizations, the Donors of Color Network (DOCN) (donorsofcolor.org) has released a comprehensive report that furthers its mission to shift the center of gravity in philanthropy toward racial and social justice.

Philanthropy Always Sounds Like Someone Else: A Portrait of High Net Worth Donors of Color (Portrait Report) is a qualitative research report based on the individual narratives of over 100 high-net-worth (HNW) donors of color. The absence of HNW donors of color as an organized force in philanthropy renders critical experiences, resources, and talent missing at a moment in which societal institutions require new ideas, investment, and innovation. It contributes to a landscape in which organized philanthropy in the U.S. is inadequately focused on the experiences and needs of African Americans, Native Americans, Asian Americans, Hispanic/Latinx, Arab, Middle Eastern, and other communities of color. The absence of affluent, HNW people of color in conversations about philanthropy also perpetuates a false narrative that opportunity has only one color. It also results in a lack of understanding of the complex interaction of race, ethnicity, wealth, and philanthropy in the United States.

Donors of color have been disregarded by mainstream philanthropy, at least in part, because of assumptions about—and the realities of—the racial wealth gap in the U.S. This disregard has material consequences. The lack of focus on donors of color overall, and on HNW donors of color specifically, is also a byproduct of racialized structures of donor network-building, social capital, wealth management, donor advising, and fundraising that undergird the field of individual HNW philanthropy.

When the founders of DOCN set out to complete the research in Philanthropy Always Sounds Like Someone Else: A Portrait of High Net Worth Donors of Color, we knew that we had to focus on the important and unanswered questions. Why do HNW donors of color give the way they do? What are commonalities in the sources of wealth for HNW donors of color? And who are HNW donors of color prioritizing in their giving?

The report was co-authored by Hali Lee of Radiant Strategies (the lead author), Urvashi Vaid of Vaid Group, and Ashindi Maxton, co-founder of DOCN. It is meant to be a resource and call to action that pushes philanthropy to equitably address our most pressing issues. Key findings from the Portrait Report include:

HNW donors of color constitute a powerful new resource for racial and social justice, and the commitment of BIPOC donors to these causes may prove to be more authentic and durable than that of traditional philanthropy. When strategically deployed and coordinated through networks that enable individuals to work toward shared outcomes, HNW donor giving could generate additional resources and new strategies to dismantle structural racism. Through their life experience, motivation to give, skills, and networked relationships, donors of color have the power and potential to significantly advance racial, gender, and economic equity. Our research confirms that donors of color often are the first generation with wealth in their families; they are part of many cultures, worlds, and networks; they believe in giving back and funding both nonprofits and causes, but also support family and friends; they fund causes that impact their own community but do not limit their giving to those causes; and they do not use traditional philanthropic vehicles as often as non-POC donors.

Donors of color leading boards and actively participating in networks will work to create an unshakeable sense of community that we are now only reaching toward.

The fundraising sector faces a challenge in bridging the gap between individualism and the collective. Donors of color are an untapped and under-researched power source to move the work of equity and justice forward. Report findings indicate that donors of color have experienced discrimination or racial bias and have firsthand experience with the racial wealth gap. These donors are uniquely placed to bridge the fundraising gaps to make lasting change. 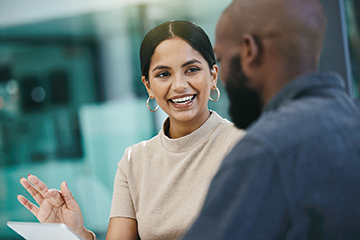 Portrait Report research shows that HNW donors of color prioritize funding for racial and social justice, and to build economic opportunity and advancement. Other research also confirms that giving by HNW donors of color differs from that of HNW households overall in their support of racial and ethnic-focused organizations. HNW donors of color are using their impact to influence infrastructure—the capacities that are needed to win governing power—strategy, research, policy, advocacy, funding, communications, and organizing.

“The practice of philanthropy is too often transactional,” the report says. “Donors of color interviewed expressed that they are seeking a different kind of relationship. Of course, donors of color care about expertise, and they do not want their donations to be wasted. They want their giving to be impactful and [to] move the needle on the issues they care about—as do all donors. But they also expressed a desire for community, for authentic relationships that transcended the transactional. They described feeling a lot of loneliness. The remedy for loneliness is belonging.” 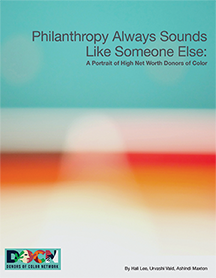 One way that donors of color can use—and are using—their unique perspective to shift the center of gravity in the fundraising sector is by participation on boards and networks. Donors of color leading boards and actively participating in networks will work to create an unshakeable sense of community that we are now only reaching toward. Although we know that representation matters, we also see that donors of color are grossly underrepresented in rooms where decisions are made. Participation on boards and joining donor networks was a critical shifting point for those interviewed.

The work of DOCN is to push against the narrative that we have all the answers about people with wealth and how they make decisions about giving. We are a home for donors of color seeking to create systemic, lasting change, working in alignment with BIPOC-led movements to create a joyful, powerful community that is prepared to tackle the challenges we face today.

The Portrait Report can be found at donorsofcolor.org/portrait-report.

Isabelle H. Leighton has 20 years of experience organizing social justice and movement-oriented sectors. She has implemented strategies that have raised over $30 million through engagement with intergenerational, cross-class, and multi-ethnic donors, foundations, and business communities. She most recently worked with the social justice think tank Political Research Associates and previously was the founding director of Equality Fund.