Fundraising Tools: Ethics and You — AFP Ethics Update Focuses on the “Whys” 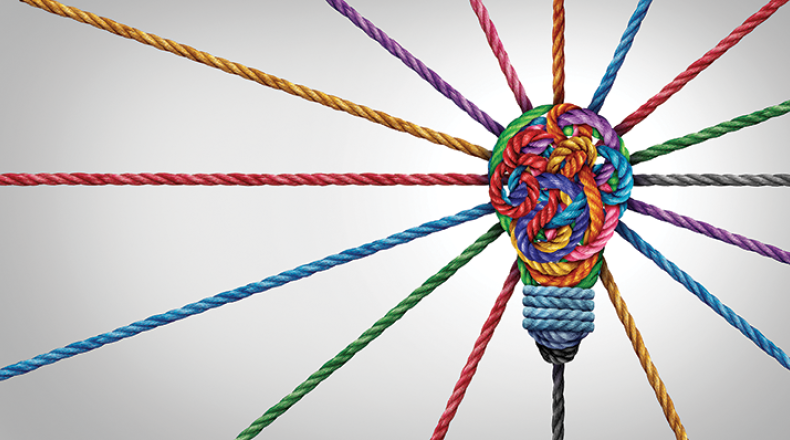 The revision will incorporate the reasons behind the rules

In 1960, four leaders of U.S. fundraising efforts saw a need to create an organization promoting high standards in the profession and raising awareness of the role of fundraising and fundraisers. The Association of Fundraising Professionals (AFP) was born from their conversations, as was a basic agreement on the meaning of ethical behavior.

Today, those high standards remain. As written in AFP’s Code of Ethical Standards, the guidelines provide direction for professional behavior. The urgency to infuse the profession with the “whys” of ethical behavior—the reasoning behind the various points—began driving AFP to update the code. The effort has been designed to keep pace with a rapidly changing profession: as younger professionals seek a more prominent voice; senior fundraisers retire; and diversity, equity, and inclusion take precedence in all sectors of business, says Andrea McManus, CFRE, FAFP, chief advancement officer, Banff Centre for Arts and Creativity based in Calgary, Alberta, Canada.

The updated code of ethics will be more relatable and more accessible to fundraisers, so they will be able to see themselves in it.

AFP is “stripping back the layers of the onion,” McManus explains, wrapping the Code of Ethical Standards in context that adds the “why” to the existing “how” and grounding each standard in core values that provide relevance in the 21st century.

Robbe Healey, MBA, NHA, ACFRE, FAFP, who is a task force co-chair, says the revisions are important for AFP’s present and future.

“We’re at a period of radical consciousness-raising. As we look at how to make the code relevant and accessible and understood by AFP members and others in the sector who look to the AFP code for guidance or structure, that is really our charge,” says Healey, founding member of Aurora Philanthropic Consulting in Ardmore, Pennsylvania, which is just outside of Philadelphia. “I believe we will have carefully crafted, easy-to-read statements of ‘what,’ but there will be a substantial statement of ‘why’ that gives AFP members a path to understanding why this behavior is in everyone’s best interest.”

A draft of the updated code is expected to be released for review and comment in October.

The impetus for the update started in June 2020. The #metoo movement was widespread, and the murder of George Floyd by a Minneapolis police officer sparked global demands for racial and social justice. In that climate, the AFP Ethics Committee asked whether AFP’s Code of Ethical Standards reflected a rapidly changing world.

To initiate the discussion, AFP appointed a diverse workgroup, co-chaired by Healey and Tycely Williams, CFRE, chief development officer for The Bipartisan Policy Center, a think tank based in Washington, D.C. The workgroup recommended a closer look at three elements of AFP and the fundraising profession: the AFP code, a fundraisers’ bill of rights, and a donor code of ethics. The fundraiser and donor questions went to AFP Global for consideration.

The ethics effort returned to the Ethics Committee, which appointed the task force led by Healey and McManus—both past AFP chairs. As its springboard, the task force used the initial ethics workgroup’s conclusion that the Code of Ethical Standards was strong on the “what” of ethical practices but not the “why.”

“Our overarching goal is to have meaningful conversation about the ‘why,’” Healey says.

The process began with a discussion of values. One task force member studied codes from organizations similar to AFP’s in structure, membership, and purpose, and extracted a set of values essential to an effective code. Although still in development at the time of this writing, the draft revisions identified the potential core set as adherence and accountability, courage, trust and honesty, integrity, and transparency, Healey says.

“You can’t have an effective code without those values,” she says.

The resulting set of values will constitute the core of the draft code, and they were developed through a social-justice lens, McManus says. As Healey put it, the task force asked how issues including justice, equity, access, and inclusion are reflected in the code, including a search for any exclusionary language to strike from the final document.

From there, the values provided the guiding stars for a deep dive into the meaning of each existing standard. As task force members debated the significance of every word, differences in viewpoints emerged that spotlight the changes in the profession and its global footprint.

“What do these standards mean to different people?” McManus says. “We have members in different cultures and environments. Something might not make sense in Mexico that makes sense in Canada.”

Those differences in interpretation also underscore the challenge of making a code of ethics a living document relevant to the daily work lives of fundraisers. That’s where the task force turned to providing context—creating the reasoning that guides the reader toward understanding each standard’s intended purpose.

The “why” is now expected to be infused in holistic fashion throughout the revised Code of Ethical Standards. The code is slated to open with a statement of fundraising as an ethical profession. Then come the set of values, a list of definitions—such as “what is a client?”—AFP’s existing guiding principles, and finally, the rules and standards of practice broken down by categories. Even the categories are getting a revision, with some rearranging to place standards in more logical groupings.

In this new take on the code, context is key. Each value section is likely to begin with an explanatory preamble, as will the standards of practice. For instance, a lead-in paragraph on the importance and scope of donor privacy will precede the proscribed standards.

Keeping with a longstanding core belief at AFP, the revised code will give voice to the consideration that effective fundraisers embrace a diverse, lived experience, and recognize their collective work within a global society. In a measure of the need for inclusionary language, it is expected to reference that members of the profession pursue “a” common good, not “the” common good, because “everyone determines and hold their own values,” Healey says.

We’re at a period of radical consciousness-raising. As we look at how to make the code relevant and accessible and understood by AFP members and others in the sector who look to the AFP code for guidance or structure, that is really our charge.

“AFP doesn’t get to decide or define common good,” she says. “We each identify our own common good. Our values are embedded within the organizations we choose to work with and for. AFP is not the judge of what missions are ethical. What we are shaping is what behavior is ethical within a civil society and acknowledging that.”

While the code is AFP’s, the association recognizes that the document serves as a model for sibling organizations and other associations worldwide, Healey says.

After review by the AFP Global Board, it’s hoped that the code will be released for member feedback in time for AFP LEAD 2022, which is planned for Oct. 20–22 in Houston.

While no one is likely to memorize the revised code, task force leaders hope that the updates empower fundraising professionals to ingest, reflect on, and discuss the purpose of ethical behavior, for ready application to their daily practices and deepening respect for everyone in their orbits.

“Can we create an environment where people can have thoughtful, dignified conversations with each other?” Healey says. “I want to think yes.”

“It will help them raise understanding of why ethics are so important—that not every dollar coming in the door is going to meet the smell test, and if it’s not, why it doesn’t, and how we deal with it,” McManus adds. “The updated code of ethics will be more relatable and more accessible to fundraisers, so they will be able to see themselves in it, and they will understand that ‘why.’”

M. Diane McCormick is a freelance writer based in Harrisburg, Pennsylvania.