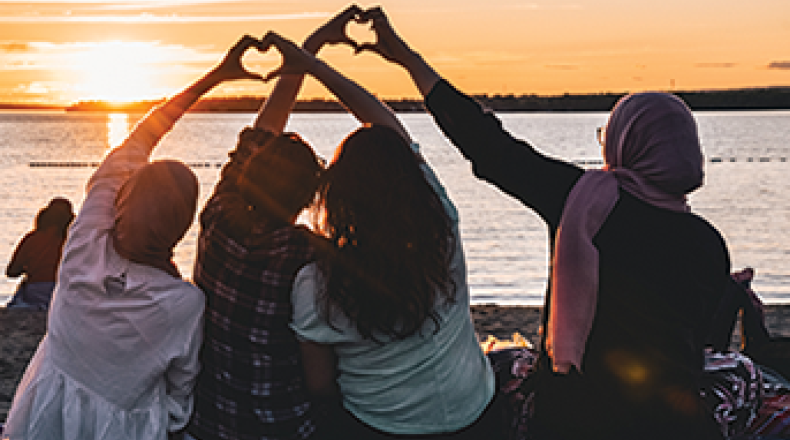 It’s common to say that much has changed in our society and our world over the past couple of years. And that’s true in many cases, especially as we think about how our own individual lives have changed. We can point to changes in our workplace, primarily in how, when, and where we work. We have all likely given greater thought to how we personally might address issues related to racial, gender, and social injustice and inequity, and how some of us can better serve as allies.

But actual change in our profession, our organizations, and our sector is increasingly difficult to spot, even as evidence mounts about the need for change. This is especially true in the fundraising profession and the philanthropic sector. AFP’s own research shows that the profession has significant issues to address related to equity, bias, and sexual harassment. For example, our latest study, “Speaking Truth to Power in Fundraising: A Toolkit,” found that more than three-quarters of fundraisers have experienced sexual harassment during their career, while 42% percent have experienced sexual harassment over the past two years alone. This includes harassment from both donors and staff.

And even as the fundraising profession has grown and matured, many fundraisers find themselves feeling alone and unsupported in their work. From the UnderDeveloped Survey conducted by CompassPoint, 40% of respondents said their organization had no culture of philanthropy, and less than half of development directors indicated they have a strong relationship with their organization’s executive director. More than 40% characterized their fundraising programs as “not at all effective” or only “somewhat effective.”

Individual organizations have moved to address these issues, and some important conversations among funders and charities are happening around the world with regard to equity and social justice. But the evidence is overwhelming that the fundraising profession overall remains misunderstood, unsupported, and underdeveloped.

Slowly but surely, there have been more voices in the profession, including many members of AFP, talking about these issues over the years. They have been asking their fundraising community, what can we do together to make the change that is necessary? The rise of the Black Lives Matter movement; the discovery of hundreds of unmarked graves of Indigenous people in Canada (helping to spur forward the Truth and Reconciliation movement); the impact of the pandemic; and the increasing focus on mental wellness and self-care all point us toward a more just and equitable future. We are at a tipping point where change can and must occur. This is our opportunity to move beyond individual change—and beyond just conversation—to transform systemic issues and improve our entire profession and the nonprofit community.

But what do we need to change? This is where the project that we are leading, as co-chairs of the AFP Fundraiser Bill of Rights Task Force, plays a role.

In the early 1990s, AFP worked with other fundraising-related organizations in the development of a Donor Bill of Rights. The document was created to identify the expectations that donors should have when making a gift—for example, that their contribution would be used appropriately and ethically and that their privacy would be respected. The Donor Bill of Rights was intended to help make donors feel comfortable and confident through the giving process.

In a similar fashion, we see the Fundraiser Bill of Rights as identifying the expectations that fundraisers should have when they are part of a charity and generating philanthropic support for that organization. A fundraiser should feel safe, comfortable, and confident in their workplace and supported by leadership, colleagues, the board, donors, volunteers, and other parties. The idea of setting expectations—what fundraisers need to be successful at their work—and ensuring a safe and inclusive workplace that instills confidence, are what we believe will form the core of the Fundraiser Bill of Rights.

Some of the expectations, values, and principles in the Fundraiser Bill of Rights will likely be universal and apply not just to fundraisers, but all employees, nonprofit and otherwise. No person should be subject to harassment, bias, discrimination, or bullying in the workplace. Everyone should feel that they are being heard and that their views and perspectives are listened to and respected.

Some might argue that these are legal or other matters and could be better addressed elsewhere. However, we believe strongly that given the current state of the profession and the power structures that are inherent within charities through donors and volunteers—as well as the significant instances of bias, discrimination, and harassment directed against fundraisers—these rights must be enshrined in a Bill of Rights.

This is why we see the development of the Fundraiser Bill of Rights as a process in establishing the baselines for creating a culture of philanthropy that mirrors many of the changes and shifts we are seeing across society. For too long, fundraisers have worked inside organizations and systems that have upheld patriarchal, racist, and exclusive beliefs. Knowingly or unknowingly, we have contributed to these problems and have been subjected to the outcomes of them. For Black, Indigenous, and people of color in the sector, our best practices—unwittingly or not—have helped contribute to inequity. We must take a deeper look at how our sector moves forward, with a focus on the future and the rights and respect that will increase our sector’s impact—not limit it. We must build the principles of IDEA—inclusion, diversity, equity, and access—into the task force’s work. We are doing our very best to reflect the sector we want to see, not the one we hope to leave behind.

Given the systemic power structure within the sector, fundraisers haven’t always felt comfortable bringing up these issues in the workplace or with donors. The Fundraiser Bill of Rights can help start a conversation about these issues and what we need as a profession in order to be successful. And fundraisers of any experience level in any sort of organization can point to the document and say that this is what tens of thousands of fundraising professionals believe are the fundamentals of fundraising success. That carries weight and power and can lead to discussions with executive directors, boards, other nonprofit staff, donors, and volunteers about how we can all work together to inspire the public and generate philanthropic support.

Of course, we don’t know yet what the Fundraiser Bill of Rights will address specifically or say exactly. And we don’t want to know quite yet because we want to still be listening to all of you. The task force that we co-chair to develop the Fundraiser Bill of Rights was formed earlier this year and has been involved in a series of listening sessions focused on hearing from fundraisers and others in the sector about what should be included in the document. There are several sessions still to come, and we’ll be presenting our ideas to the full AFP membership in the future to garner additional feedback.

We are also committed to representing the entire sector in our work, not just AFP. The issues addressed by the Fundraiser Bill of Rights, which are directed at the fundraising profession, include a variety of different audiences. It is important that we have all sorts of views and perspectives represented in our work. The task force includes not only fundraising practitioners, but also nonprofit staff, sector researchers, and representatives from related organizations, such as the African American Development Officers Network (AADO), Apra (formerly the Association for Professional Researchers for Advancement), the Community Centric Fundraising movement, and many more.

There are other issues we’ll be considering as well, including any potential enforcement of the document. Can a Fundraiser Bill of Rights be enforced, or will it serve more as guidance and support? One of our goals is to consider how to get the document into as many organizations as possible, and especially into the hands of CEOs, executive directors, and board leaders. Marketing and communications will be as important, in many ways, as the actual document itself.

We hope to have a final document ready in the spring of 2023. We still have a long way to go, but the work is uplifting and inspiring. Our goal is to ensure that every fundraiser—no matter where they are located, how large their organization is, or how they identify—has a document that enshrines that they deserve respect, understanding, and support. The Fundraiser Bill of Rights is an important step toward that goal, and we look forward to receiving your input and thoughts as we work to empower fundraisers to create a culture of philanthropy at their organizations that will propel them and their causes to success.