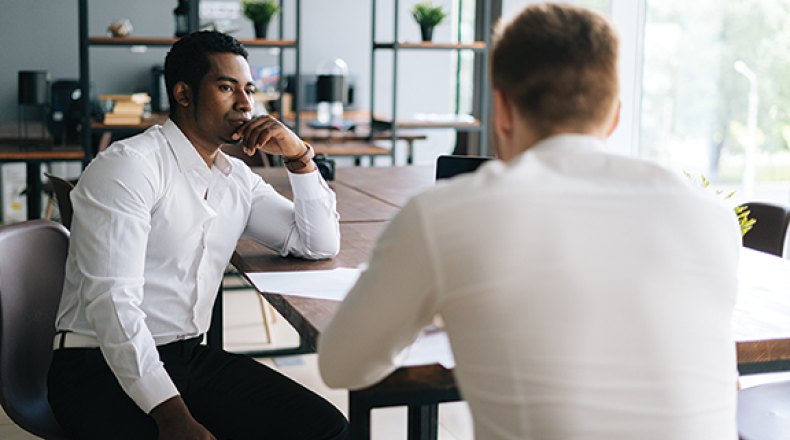 I’ve often thought that if I were an executive director, and a consultant was talking to my largest donors—probing them for their opinions—I’d be nervous.

Really, if you’re not anxious about that, you should be! Under the promise of confidentiality, traditional campaign consultants invite your donors to tell them things about you and your organization that they might not tell you. Doesn’t that make you cringe?

In a traditional feasibility study, you hire a consulting firm to interview your top donors and influencers to ask them their opinion of your organization, your leadership, and your campaign plans.

A Story of Exploration, Innovation and Surprise

For many years, I was a traditional campaign consultant. So, I understand the traditional feasibility study model well. But in recent years, I’ve come to question the wisdom of sending an outside consultant to interview top donors.

In confidential interviews, consultants raise concerns which, because of the promise of confidentiality, can’t be addressed directly by the organization.

My concerns were kicked into high gear when some of my philanthropist friends started telling me how they didn’t like talking to the parade of consultants who made their way to their doors for campaign after campaign.

“Andrea,” they said, “you like to think about doing things differently. Why don’t you figure out a better feasibility study model? Figure out a model in which donors can talk to the people who run the organizations rather than outside consultants. That’d be much more helpful to us.”

I took their request to heart and started working on a new model.

Why a New Model for Campaign Feasibility Studies?

Ultimately, I had three reasons to develop a new approach for conducting feasibility studies.

So, when a consultant asks a donor to share their concerns about the organization and its leaders in a confidential interview, those concerns are never adequately addressed. In fact, I was concerned that in raising donor concerns, a consultant may (unintentionally) undermine the relationship between the donor and the organization’s leaders.

In fact, I was hearing stories from more and more organizations about feasibility studies in which the largest potential donors were unwilling to be interviewed by the consultant, effectively invalidating the study results.

Lastly, I knew that even the most experienced ED’s have trouble finding a way to have genuine, probing conversations with their most important donors. Not only are they too busy, but they lack the context for such meetings. So, all too often, donor meetings only happen when it’s time to ask for a gift. The structure of a feasibility study provides an excellent opportunity for organizational leaders to have those conversations with their donors without the pressure of asking for a gift.

Over the next two years, with the help of my colleagues at the Capital Campaign Toolkit, we shaped a new model that answered those questions.

We tested our first feasibility study under the new model and over the next three years, we developed and refined the model as we tried it out with a number of eager organizations.

This new model—the Guided Feasibility Study—works better than a traditional feasibility study for many organizations. We have answered our own questions, and we’ve learned other valuable lessons as well.

Not All Organizations are Well-Suited for this Model

While the results of our new approach to feasibility studies have been overwhelmingly positive, some organizations aren’t ready or well-suited for the process.

If you are considering a Guided Feasibility Study, make sure that you have:

Without those three things, this new feasibility study model will not work for you.

A Vast Improvement for Most Nonprofits

Feasibility studies have been a standard part of the campaign planning process for decades. For many, they have worked well. But we believe that the field benefits from the exploration of new models that call into question some dearly-held practices.

At the Capital Campaign Toolkit, we are confident that for most organizations, this new model—one that puts the organization’s leadership at the center of the process—provides an excellent option that’s ripe with benefits for the organization and its donors.

Andrea Kihlstedt is a trailblazer in the capital campaign field. Along with Amy Eisenstein, she co-founded the Capital Campaign Toolkit, an online support system for nonprofit leaders to run successful campaigns. Andrea is also author of the seminal book, “Capital Campaigns, Strategies that Work,” now in its 4th edition.