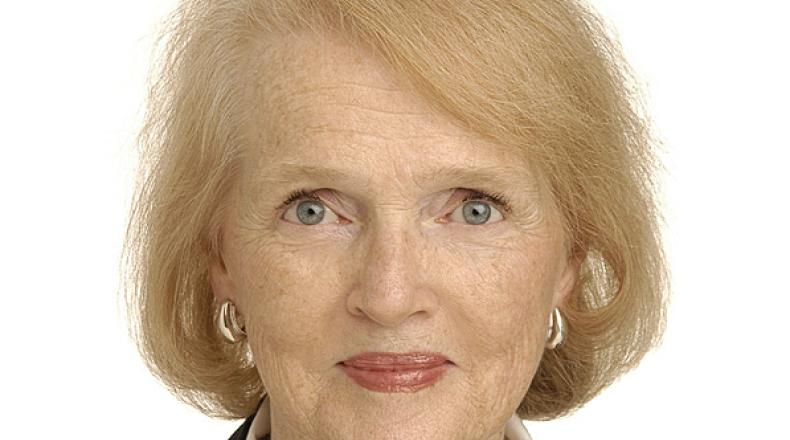 The Outstanding Fundraising Professional award is the highest honor that AFP bestows upon one of its members, recognizing effective, creative and stimulating leadership, as well as the practice and promotion of ethical fundraising. Grace will receive the award on Tuesday, March 31, at AFP ICON 2020, the largest conference of professional fundraisers in the world, in Baltimore, Md.

Since starting her own consulting firm, Transforming Philanthropy, in 1989, Grace has helped nonprofit organizations raise many billions of dollars to reach their annual and campaign goals through strategic support of their fund raising and board development efforts. She is an internationally recognized thought leader and innovator who has transformed the way boards and staff approach their philanthropic goals.  Among the organizations she has guided are CPB, NPR, KQED, OPB, San Francisco Marin Food Bank, Futures Without Violence, the California Academy of Sciences, Sustainable Conservation, California Pacific Medical Center as well as thousands of workshop participants committed to the success of their organizations.

Grace has been described as “changing the vocabulary of fundraising” through her focus on investment and impact. Her board engagement program, “AAA” (Ambassador, Advocate, Asker) has transformed the way hundreds of boards throughout the world think about fundraising.

She is a prolific and inspiring author, and very few fundraisers have not read and been affected by her writing. She has authored 8 volumes, including Beyond Fund Raising, High Impact Philanthropy, The Ultimate Board Members Book and The AAA Way to Fundraising Success, all of which are considered classics and “must reads” in the fundraising profession.

On hearing of this award, Kay commented, “My commitment to the philanthropic sector and its capacity to engage communities in visionary solutions to chronic societal issues and to the enrichment of our lives has never been stronger.  I am deeply honored.”

Prior to her work as a professional development officer, while pursuing careers in journalism and educational administration, Grace volunteered actively for organizations including her alma mater, Stanford University (BA, MA). In 1979 she received the Gold Spike, the university’s highest award for volunteer fundraising. Her first Development Director role was at The Children’s Health Council in Palo Alto, where she served from 1980–1983.

At The Children's Health Council, she tripled annual giving and built a corporate giving program in the burgeoning Silicon Valley. She later worked at Santa Clara University, where she grew graduate annual giving revenue and participation, and at the California Historical Society (1986 - 1989), where she significantly increased overall revenues and membership.

Grace has been an active and engaged member of AFP since 1980 and has served on her local AFP board as well as the national AFP Board. She is a frequent speaker at local AFP chapter meetings and events, and has served as a presenter for AFP’s international conference.  Her global conference participation includes Italy, Ireland, Slovakia, Czech Republic, Australia, Russia, Poland, Republic of Georgia, Sweden and Canada.

Notably, Grace has been honored with several awards for her dedication to fundraising and philanthropy. She has received the Henry A. Rosso Medal for Lifetime Achievement in Ethical Fundraising from the Lilly Family School of Philanthropy at Indiana University. In 2016, she was in the first group of professionals to be named a Distinguished Fellow by AFP.

She continues to focus on long term consulting with several clients, a continuing roster of workshops and webinars, and dedication to fostering leadership in the philanthropic sector globally.  She is a co-creator and faculty member of the Leaders of Tomorrow, now in its sixth year serving civil society leaders in Central and Eastern European (CEE).

“I can think of no one more deserving than Kay to receive this outstanding award,” said Mike Geiger, MBA, CPA, president and CEO of AFP. “Yes, she’s an incredible professional and has helped so many organizations, but she also transformed fundraising and philanthropy around the world through her scholarship, leadership, writing and dedication to the profession. All of us at AFP are incredibly honored to have the opportunity to recognize her with this award at AFP ICON in Baltimore.”