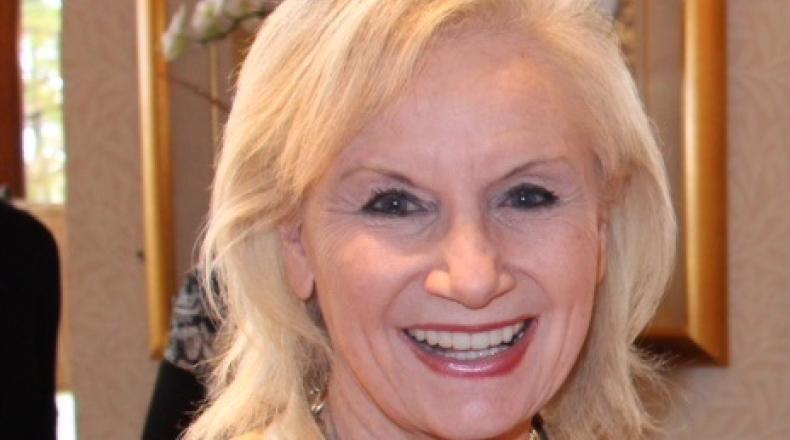 The Distinguished Fellows program and Honorary Fellows program (for those who are not members of AFP) spotlights individuals who have made significant leadership contributions to the philanthropic and fundraising professions, and who will continue to advance AFP’s mission and vision through their volunteer and advisory work.

“Our Distinguished Fellows this year represent the best of the fundraising profession and the AFP community,” said Mike Geiger, president and CEO of AFP. “Not only are they extraordinary practitioners, but they have given back—and continue to give back—so much to the fundraising profession and nonprofit sector. Not only do we celebrate their work and contributions through the Distinguished Fellow Program, but the entire community gets to benefit through their continued volunteer efforts with AFP. All of us at AFP are honored to be able to recognize Vern, Charlotte and Simone.”

Any AFP member with fifteen years in the profession is eligible for nomination as a Distinguished Fellow. For the Honorary Fellow, a minimum of fifteen years in nonprofit leadership is required. Nominations were required to address professional recognition, employment history, publications and speaking history, AFP memberships, honor and activity, and a concise description of why he or she should be selected a Fellow.

The following members are part of the first class of Distinguished Fellows:

Joyaux began her career in 1975, serving as executive director of a small nonprofit in Lansing, Mich., and then as chief development officer for Rhode Island’s Trinity Repertory Company. In January 2019, Joyaux began her 32nd year as a consultant specializing in fund development, strategic planning, and board development/governance. She presents at conferences worldwide and teaches in the Master’s Program for Philanthropy and Development at Saint Mary’s University of Minnesota.

Her accomplishments and contributions to the profession are numerous. She is one of just a handful of fundraisers in the world to earn both the Advanced Certified Fund Raising Executive (ACFRE) credential and the Advanced Diploma in Fundraising (Adv Dip). She’s written three books: Strategic Fund Development, now in its 3rd edition, Firing Lousy Board Members, and Keep Your Donors (co-authored with Tom Ahern), and contributed to multiple others. Joyaux blogs as Simone Uncensored.

“Philanthropy is my life's work,” said Joyaux. “I fell into it by mistake—and found my existential purpose. AFP has been a helpmate since my early days. Teaching and engaging me. Providing speaking and leadership opportunities. It means a lot to be acknowledged.”

Rhodes has helped to raise more than $1 billion for the organizations she has worked for and consulted with during her career. She retired in 2017 as vice president for resource development and sustainability for the Amarillo Area Foundation and Don and Sybil Harrington Foundation in Amarillo, Texas. She is currently principal of CSR Consulting, a firm committed to the sustainability of nonprofit organizations.

A fundraising pioneer, Rhodes was one of only 64 individuals in the world at the time to receive the Advanced Certified Fundraising Executive (ACFRE) certification, the highest educational accomplishment in the development field. She has served as chairman of the ACFRE Certification Board and on numerous boards for AFP. She is one of just a handful of members in association history to have been honored as Outstanding Fundraising Professional by two different AFP chapters—the Greater Houston Chapter and the Texas Plains Chapter in Amarillo.

“I was very surprised when I received a call from leaders of the Texas Plains Chapter stating they would like to nominate me for selection as an AFP International Fellow, and my response was thank you, but do not count on this happening,” said Rhodes. “There is no greater reward than to be respected and honored by my professional peers, co-workers and those that I have taught, mentored and served as campaign counsel. The Amarillo Globe News ran a front-page story on the honor with the headline, ‘A Gift to Our Community,’ stated by the former Mayor of Amarillo, who I have worked with on several community projects. My gratitude overflows!”

Snyder retired as vice president of institutional advancement for The University of Toledo (UT) in 2016. During his tenure at UT, the university received over $160 million in contributions, including the largest single gift in the institution’s history, which he cultivated and solicited. He also helped to establish more than 350 endowments, and under his leadership, UT successfully concluded its largest capital campaign, raising $106 million.

In 2010, Snyder earned the Advanced Certified Fundraising Executive status (ACFRE), one of only 107 individuals at that time with that distinction. He was also recognized by AFP Global as the 2016 Outstanding Fundraising Professional from across its international membership. He has also served on the ACFRE Certification Board for six years and was a member of the AFP International Conference Education Committee for three years.

“To be recognized as a Distinguished Fellow is both an honor and a humbling experience,” said Snyder. “Throughout my thirty years as a fundraiser, the most wonderful people have reached out to guide my career and taught me to love and understand the remarkable world of philanthropy.  AFP, through its educational programs, broad-based membership and the networking that it creates has allowed me to find my voice to help my community and profession. That has made