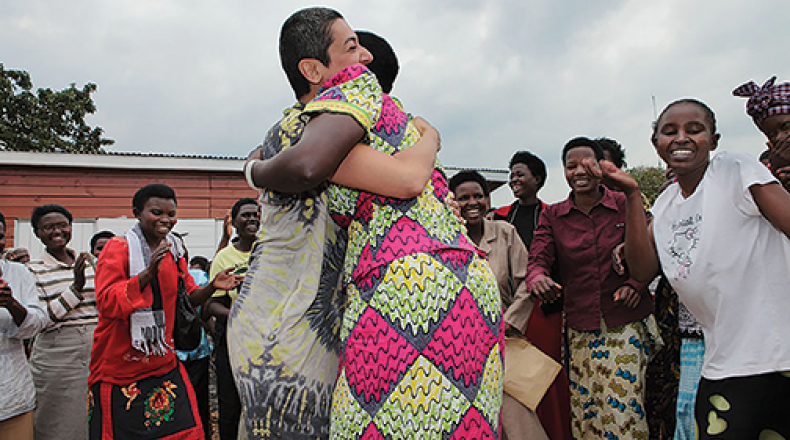 Zainab Salbi is a humanitarian, best-selling author, media host, and founder of Women for Women International. She has devoted her life to the plight of women in war-torn regions around the world, helping them rebuild their lives as they struggle to survive in some of the harshest environments on earth. With a passion fueled by her personal experiences, Zainab has impacted the lives of countless people. And now, AFP is thrilled to announce that this extraordinary woman will be the opening keynote speaker at ICON 2020!

Zainab Salbi was born in Iraq under the oppressive regime of Saddam Hussein. When she was 19, Zainab was able to escape the country with her family’s help. With nothing more than a desire to make a difference, she founded Women for Women International, a humanitarian organization dedicated to serving women survivors of war, helping them move from crisis and poverty to stability and self-sufficiency. Under her leadership, the organization grew from humble roots—its first service project helped 30 women—to distributing more than $120 million in aid to nearly half a million women in countries around the world.

I recently had the opportunity to speak with Zainab about her extraordinary journey. Here is a short excerpt from our discussion.

(Michael Nilsen) Thanks so much for spending some time with me. You’re so well known for the incredible work you’ve done through Women for Women International. How did you get started? Was there a tipping point—a particular moment when you decided to start the organization, or was it born out of frustration with a system or situation at the time? 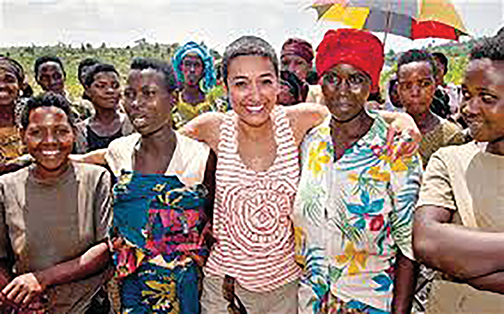 (Zainab Salbi) I knew there were acts of genocide happening in Bosnia, and women were being raped. It was a country I didn’t know much about at the time, but I knew I wanted to do something about it. I joined demonstrations, and there were moments of silence and candlelight vigils, but I was frustrated that other than gaining awareness, we weren’t doing anything.

I wanted to do something helpful and practical. There was no internet at the time, so I literally used the Yellow Pages—remember those?—and called every single women’s organization that was listed. They all basically said the same thing: we aren’t ready, we aren’t prepared, call back in six to eight months. I couldn’t find anybody or any organization that would help, so I decided to do something myself.

Were you prepared to do that at the time? 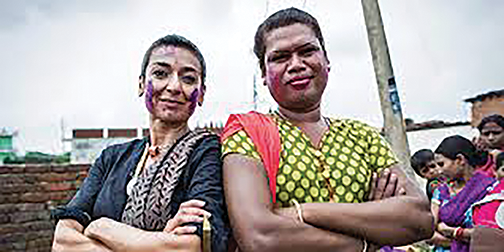 I was a young immigrant. I was 23 years old with no money or experience. But I had to do something. I ended up getting connected to the Unitarian Church. They weren’t sure what to do either but agreed to support me for a year. I settled on the idea of connecting women in these regions to “sister sponsors” in the U.S. I started the project, and within a few months women I didn’t even know were calling me, telling me they wanted to do something to help as well. Within a year we delivered aid and support to 33 women.

So maybe you weren’t completely prepared, but you certainly found your way—and quite successfully! 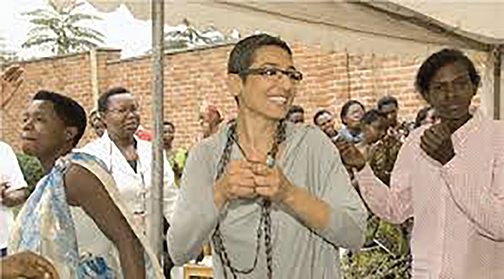 The whole experience taught me that everything doesn’t need to be perfect. Honestly, people laughed at me when I first told them I wanted to do something. But it’s all about being authentic. I was always very passionate and very adamant that we needed to show up and do exactly what we said we would. I like to say that if I can do it, anyone can. The secret to raising millions of dollars isn’t a secret if you’re passionate about the cause. You don’t have to be equipped with this or that, you just have to be a believer—an authentic believer.

You mentioned raising funds. How did you start doing that?

Very early on we’d go almost anywhere—churches, mosques, synagogues, universities—everywhere, and just speak. My English at the time was not very good, but it was good enough. And to save money I’d write several letters on one piece of paper, and then cut up the paper. You could see the cuts on the paper. But we raised money, and people would join us. It was an amazing experience.

The secret to raising millions of dollars isn’t a secret if you’re passionate about the cause. You don’t have to be equipped with this or that, you just have to be a believer—an authentic believer.

It was all about being authentic and passionate—that’s what I focused on. I’ve tried doing things that I am not passionate about, and honestly, it almost killed me. I would get a physical reaction! You just have to be a believer, and nothing can replace that.

And you ended up raising millions of dollars—ultimately hundreds of millions—and Women for Women International became the leading organization helping women survivors of wars.

I was pleased to help bring the issue to the public consciousness in a way it hadn’t been before, because it was needed. But my story shows that you don’t have to have a well-known issue to be successful, and you don’t have to “compete” against other organizations either. If you just focus on what works for you and your cause, and again, are passionate about it, you can’t help but be successful, because you can’t fake authenticity and passion.

After 20 years, you stepped down from leading Women for Women International to take a more introspective look at yourself, ultimately helping people in different ways. Why? 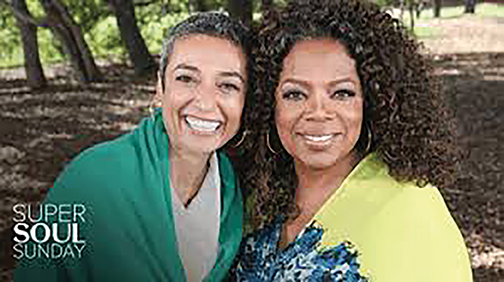 One of the reasons I left Women for Women International was burnout. I was losing myself in the mission. We had grown so big, and I was hiring for jobs that, at my core, I wanted to do myself—that I loved to do. At the same time, nothing I did was enough for me. I kept telling myself, “One more thing, one more goal. If I just do this one last thing, then I can rest.” And I had lost myself in the mission. I wasn’t myself anymore.

So I had to take a step back and figure out who I was, and as I did that, I understood what I wanted to do: continue to reach out and help people, but in different ways. I had opened my heart and faced my truths, and I realized that the only way we advance in life—the way we lead, the way we are successful—is to face ourselves with an open heart. And I wanted to help people do that, no matter the issue, through media and storytelling. To teach and train and lecture, and above all, continue to learn and share. That’s why I write books and develop and host my shows.

You mentioned losing yourself to the mission, and I imagine that will resonate with a lot of our members. We’re talking a lot more in the fundraising profession about burnout and stress, and AFP is launching a campaign to address these issues. How do you think we can best accomplish that? 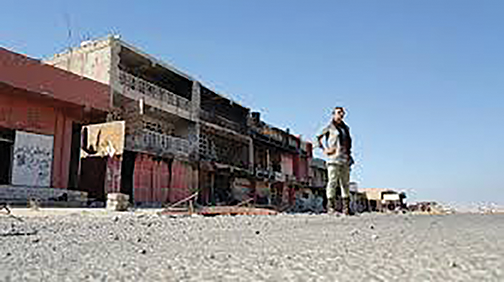 It’s tough because we can become so intertwined with the mission. That’s not a bad thing…to a point. But it can also lead to burnout and exhaustion. And there’s often no natural, safe place to talk about it because all we know how to do is go out, charge forward for the cause, and raise money.

We need to create safe spaces where we can talk and have our shadow side—our disappointments, our angers, our fears—come out. We need to vent so we can move forward. I spent a lot of time doing this with other nonprofit leaders. I call myself a “café therapist” sometimes! So part of it is finding those informal times with friends and colleagues. But we also need to figure out more formally in the sector how we separate the two without losing our passion and drive. How do we create that space and still charge forward in the mission? It’s a balancing act, but one that is critical for success.

You can learn more about Zainab’s incredible journey at AFP ICON 2020—the largest fundraising conference in the world—taking place March 29–31 in Baltimore, Maryland. For more information and to register, visit afpicon.com.

Michael Nilsen is the vice president of marketing, communications and public policy at AFP. He can be reached at michael.nilsen@afpglobal.org.

The View From Skookumchuck Road: I Tried to Warn You...

Sarah Anderson: There’s No Roadmap for This. It’s OK to Say ‘I Don’t Know.’

Advocate for our sector during COVID-19