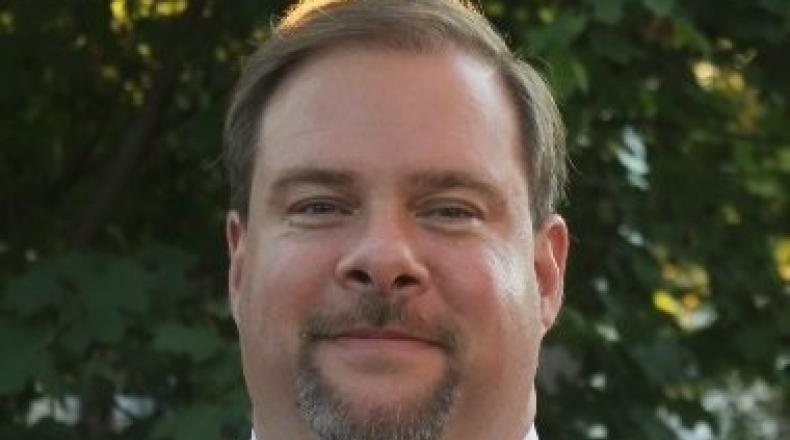 I’d always thought of a “mentor” as a bespectacled, graying elder who would reveal all of their secrets and guide you down a path of career enlightenment.  I’ve come to realize that this relationship of mentor and mentee can be much more dynamic.  There are formal mentorship programs as well as more spontaneous mentoring opportunities.  Some mentoring relationships can endure for many years while others may be much shorter in duration. 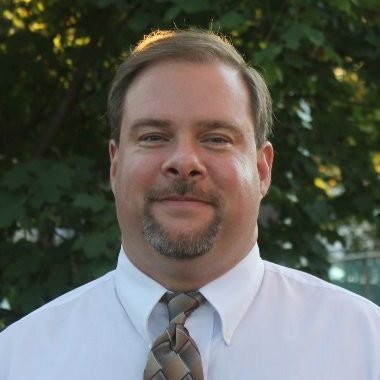 Fourteen years ago, I was well into a career in sales and marketing management when a good friend and former colleague invited me to join him at Mercy Flight – a non-profit provider of emergency air medical services – to help them out with marketing.  Once I arrived, he corrected himself.  When he said “marketing” he meant to say “fundraising.”  Needless to say, I “drank the Kool-Aid” and have been committed to fundraising and the non-profit world ever since.

Within weeks of joining Mercy Flight, my development staff of one told me about AFP.  I attended the next local meeting and was hooked.  I became a member, attended the next international AFP conference, presented at AFP 2011, co-chaired our monthly educational lunch programs, and served on the board of our local AFP chapter for 8 years.  I attribute 80% of what I know about fundraising to the AFP or a fellow AFP member.

In those initial years, I felt like I was roaming through the desert thirsting for every drop of fundraising knowledge I could find.  During that journey, I found 2 colleagues who filled the role of mentor – minus the gray hair and spectacles.  Jerilyn Hickey was my co-chair for our monthly lunch programs at AFP Western New York.  At the time, she was the master of major gifts at the Red Cross and later became the Chief Development Officer for the Girl Scouts of WNY.  She was my “go-to” for everything related to major gifts and working with boards.  She provided guidance and support while generously sharing her wisdom.  I think of her as a “mentor” even though she is younger than I.  So, there goes the mental picture of the old, graying elder on the mountain top.

Although Jerilyn likely doesn’t know this, she provided me with the single largest confidence boost of my career.  In 2013, she nominated me and FundRaising Success Magazine named me as one of that year’s five Rising Stars in Fundraising.  That shot-in-the-arm propelled me to become more active in transferring my sales and marketing experiences to others in the non-profit sector including multiple speaker presentations for both the AFP and the Young Non-Profit Professionals Network.

About the same time, I met Tom Harter who ran his own direct mail firm.  He provided invaluable insights into the art and science of direct mail – well beyond what a “salesman” might do to get your business.  He shared this knowledge freely, regardless of whether or not he was going to get your business.  Tom was a little closer to what I’d always thought a mentor should look like – he did wear glasses and had a few gray hairs at the time.  I will have to admit that he has a lot more gray hair today and that I may have caused some of it.  While Tom started out as an informal mentor, we ended up working together for many of his clients – melding our areas of expertise into compelling calls to help people in need and the worthy causes that supported them.  I’m sure we taught each other a lot and were both better fundraisers as a result.

Half a dozen years ago, our local AFP chapter announced the launch of a formal mentoring program and I eagerly raised my hand.  I would go on to serve on the mentor side for 3 “new” fundraisers.  I use the word “new” instead of “young” because while they were all new to the profession, one of them had made the switch from a for-profit career like I had done.  The mentor-mentee experience was different all three times.

My first mentee ended up leaving the fundraising profession.  Did that mean that the mentorship was a failure?  I don’t think so.  While it might have had a lot to do with her specific role and the organization she worked for, she realized that fundraising wasn’t her “thing.”  The fact that she figured this out sooner, rather than later, might have been a blessing.  My next two mentees have flourished in fundraising – so I’m batting above .500 which is better than I ever did in little league baseball.  Both of them lasted the full year of the program and claim that our interactions were helpful.

Last year, I served as a mentor in the AFP’s Blackbaud Emerging Leader Mentor Program.  My mentee’s needs were much more tactical than strategic and I think that we made great head way.  Halfway through the program, he was offered a tremendous opportunity to lead the programmatic activities for another non-profit which represented a big step-up in his career.  While this transition threw a wrench in the works, I maintained my presence on our Emerging Leader group calls and enjoyed hearing about all of the other successes.

I currently work for an international society of medical specialists, primarily vascular surgeons, who focus on the diagnosis and treatment of vein disease that adversely affect more than a third of our population and kill a surprisingly large number of people – especially via pulmonary embolisms.  A recent meeting of our Early Career Committee focused on launching a mentorship program.  Our society membership includes the pioneers of our field as well as the current generation of key opinion leaders who author the guidelines for the entire profession.  Despite this treasure trove of wisdom and talent, we recognized the “hit-and-miss” nature of pairing volunteer mentors with desiring mentees based on responses to a list of qualifying questions.

Their solution?  We will establish a group of “mentors” who will field inquiries from desiring “mentees.”  Mentees can ask for help with any aspect of their professional life ranging from technical help with procedures to navigating their career or maintaining a work-life balance.  After a mentee asks for specific help, we will forward that request to the group and a mentor can volunteer to field that request.  This mentor-mentee relationship might last for one interaction or may take hold and continue.  That decision is up to the mentee rather than a formal program that commits these two people to a year of communication.  Women and people of color are not equally represented within our surgical ranks, but we think that this self-directed pairing could help address that deficiency as well.

As fundraisers, we have learned that donors come in all shapes, sizes and colors.  The key to our success is identifying those who believe in our mission, telling our story and building a relationship.  We can all tell stories about unique, unexpected donor journeys.  I implore my fellow fundraisers to continue thinking that way and to challenge the classic notion of mentor – mentee.  While some will enjoy long term relationships like I have with Jerilyn and Tom or year-long journeys through AFP, others will gain valuable insights from micro-mentoring opportunities that may only last months, days or even hours – like our society’s new program.

If we’re too busy looking for that wise sage sitting on the mountaintop, we will miss the fountains of wisdom that are easily within our reach.  And if we’ve learned anything over the past two years, it’s that you can have meaningful interactions with someone through a webcam – opening up a potentially limitless pool of mentors or mentees.

It’s important to open your eyes to the possibility that someone younger than you can be a mentor or that you can help someone else within our non-profit space.  If we didn’t want to help people, we wouldn’t be in this line of work.  So, why not help a fellow fundraiser and magnify your impact in the world?  We also shouldn’t ignore the possibility that you could be both a mentor and mentee at the same time.  Just last week, I was helping a new Executive Director navigate the wild and crazy world of soliciting individual donations.  At the same time, I’m overdue for breakfast with Jerilyn where I guarantee she will unveil another pearl of fundraising wisdom for me.

Do yourself a favor.  Commit to finding an opportunity with the next 30 days to learn a little more from someone else and then to pay it forward by sharing a bit of your expertise.  The AFP is ripe with opportunities, so no excuses.  Me? I’ve going to give Tom a call to see how his retirement is going and send Jerilyn a breakfast invite.  I think it’s my turn to pay.

Jeffrey Mendola, CFRE, is the Director of Mission Advancement for the American Venous Forum. He has served on multiple local Boards including AFP Western New York, continues to mentor fundraisers new to the profession and is a tireless advocate for donor-centered fundraising. FundRaising Success magazine recognized Jeff as one of their Rising Stars of Fundraisingin 2013, one of only five recognized nationally. Jeff graduated from SUNY at Buffalo with a Bachelor’s of Science in Business Administration and a Bachelor’s of Arts in Political Science. He lives in Cheektowaga with his wife, three daughters and black lab, Sadie.