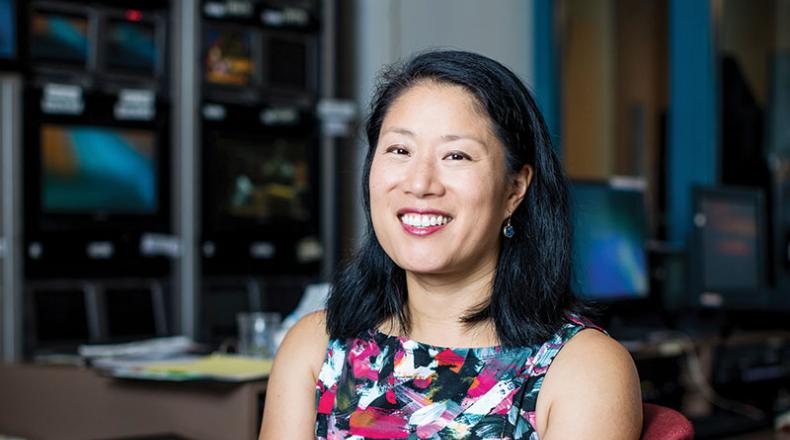 (Arlington, VA)  The Association of Fundraising Professionals (AFP), the largest community of fundraising professionals in the world, will honor long-time Arizona fundraiser Alice Ferris, CFRE, ACFRE, with its Founders’ Medallion for her extraordinary contributions to the organization and the fundraising profession at its upcoming international conference, AFP ICON 2020, in Baltimore, Md.

The AFP Founders’ Medallion is presented to members who, through their dedication to the principles of ethical and effective fundraising, honor the legacy of AFP’s founders: Harry Rosen, Benjamin Sklar, Abel Hanson and William R. Simms. Recipients must have been members for at least 20 years, served with local chapters and at the international level, and worked to foster the development of the profession and the fundraising community throughout their careers.

Ferris is the founding partner and chief executive of GoalBusters, a consulting firm in Flagstaff, Ariz., focusing on small nonprofits. Through her consulting firm, she is currently supporting fundraising activities for KAWC Colorado River Public Media and Border Radio in Yuma, Ariz., the Experimental Aircraft Association in Oshkosh, Wisc., and Lowell Observatory in Flagstaff, Ariz., among others.

Prior to launching her consulting firm, Ferris served as director of development and similar positions for a variety of organizations, including Lowell Observatory, Flagstaff Medical Center and KNAU Arizona Public Radio, all located in Flagstaff. At each organization, she vastly increased membership and fundraising numbers, such as leading KNAU to its first $1 million fundraising year.

Ferris has more than 30 years of affiliation with public broadcasting and has appeared on numerous public television and radio pledge drives, including national PBS fundraisers for Downton Abbey, Ken Burns: America’s Storyteller and Suze Orman’s Financial Solutions for You.

"It was a total shock to get the call from AFP President and CEO Mike Geiger asking me to accept this honor,” Ferris said. “Honestly, I thought he was calling me to serve on a task force to select the next recipient! AFP has been such an ingrained part of my professional identity for so long that it has always felt natural for me to volunteer and give back. The list of members who have received the Founders' Medallion includes people whom I consider part of AFP's fabric, and whom I respect as fundraising trailblazers and change-makers. And, luckily for me, a few of them I consider mentors and friends. I'm sure that they, like myself, did not commit to service to AFP and the profession for the recognition—my volunteerism is an inherent part of my calling to be a fundraiser. So this is an unexpected privilege and a gift."

An active volunteer with AFP for decades, Ferris has served as president of the AFP Northern Arizona Chapter on three separate occasions over the last twenty years—as well as every other chapter position, including multiple times as chair of the AFP Arizona State Conference. On the international level, she was on the board of AFP Global for eight years, including two years as vice chair of member and chapter services. Over the years, Ferris has held leadership roles in all areas of association operations, including credentialing, awards, membership, chapter development and fundraising.

Ferris was the 90th professional to receive the Advanced Certified Fund Raising Executive (ACFRE) credential, the most rigorous certification process available to professional fundraisers and which has only been conferred to 114 fundraisers around the world. She is also a three-time recipient of the Northern Arizona Chapter’s Fundraising Professional of the Year award.

“When you think of service and AFP, Alice Ferris comes top of mind,” said Mike Geiger, MBA, CPA, president and CEO of AFP. “She has contributed so much to AFP over the years, and her efforts have improved so many different aspects of our association and the community of fundraisers worldwide. This honor is so well deserved, and on behalf of the board and staff of AFP, I want to thank her for everything she has done for fundraising.”

Ferris earned her Bachelor of Arts with a double major in Radio-TV-Film and Economics and her Master of Business Administration with a double major in Accounting and Management from the University of Wisconsin-Madison. She obtained her Certified Fund Raising Executive (CFRE) in 1999 and is certified through 2020. She received her ACFRE in 2010 and has been an AFP Master Teacher since 2006.

The 21st AFP member to receive the Founders’ Medallion, Ferris will receive the honor during the Opening General Session of AFP ICON 2020, the largest gathering of fundraising professionals in the world, March 29, in Baltimore, Md.