Bringing an AFP Chapter Together Through Books 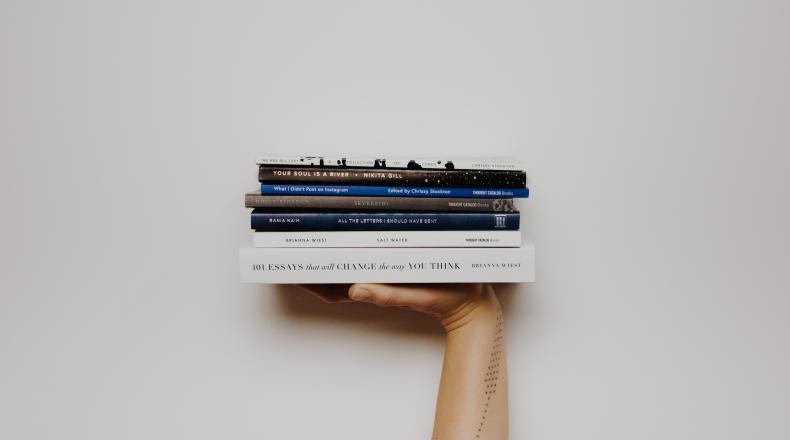 “I declare after all there is no enjoyment like reading! How much sooner one tires of anything than of a book!”
― Jane Austen, Pride and Prejudice

“I’m newish to fundraising” says Victoria Caros, CFRE, co-chair of the AFP Greater Vancouver Chapter’s Professional Development Committee, who has been in the industry for about three years.

“When I became a fundraiser, I received a young professional membership to AFP,” she says. “I love learning and took advantage of every opportunity to attend workshops and networking events. I knew about the learning opportunities that were available because I took advantage of them all.” 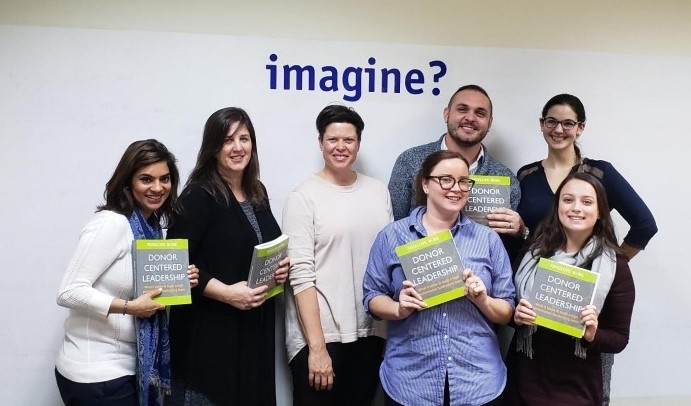 As she moved into the next stage of her career, Victoria Caros says she was looking for more. “I wanted to take my learning to the next level” she says, so she joined the volunteer committee responsible for organizing professional development events at her local AFP chapter and quickly moved into the co-chair role.

“Now that I was in a leadership position myself, I wanted to consider new ways to reach people. I love the book clubs I personally belong to and thought it would be good for AFP,” says Caros.

“Philanthropy is changing so rapidly. We really need to get on top of the current trends. There will always be best practice but, for me, books have always been my go-to source for information.”

Book clubs are increasingly popular among Canadian readers with 27 percent of readers saying they participate in a book club. Seven percent of adult Canadians who bought a book in the last month belonged to a book club. On average, these book buyers purchased 2.4 books a month whereas buyers who aren't in a book club buy 2.1 per month according to Booknet, a nonprofit organization that develops technology, standards, and education to serve the Canadian book industry.

“There are a lot of smart fundraisers doing good work all over the world who are also creating content, and we want to take advantage of that with the book club,” says Caros.

AFP Greater Vancouver Chapter’s first book club was held at the beginning of 2018, featured The Philanthropic Mind by Chuck English and Mo Lidsky. Made up of 20 short chapters, the book features top Canadian philanthropists sharing their personal stories and their motivation for giving.

“We broke the book into three sessions over three meetings. Attendees would read the assigned chapters before each meeting and come prepared to discuss them,” says Caros. “My co-facilitator and I came up with some questions beforehand in case the discussions needed a little boost, but the conversations flowed naturally as we shared our stories and experiences.”

The second book read by the club was Donor-Centred Leadership by Penelope Burke, a data-driven volume about how nonprofits can raise much more money by bringing staff attrition under control.

“This was a big book, so we divided it up into four chunks and held four sessions,” says Caros. “Penelope Burke called in at one session. We had managed to read half her book by then and were able to ask her questions. That was a great way to solidify our learning.”

A book club setting can appeal to people who don’t feel comfortable in large crowds.

“People learn in different ways,” says Caros. “Many fundraisers thrive in a room full of people they don’t know. The book club is a service where even introverts can feel comfortable. We wanted to reach beyond the usual members who attend our events.”

The AFP Greater Vancouver Chapter has packaged up their book club process and is looking forward to sharing it with other chapters who would like to have their own clubs.

“We’ve tried to select books that are the golden books of fundraising that people should read. Anything with a buzz around it or ones that get on top of the trends. We’ve tried to pick books that feature Canadian authors. It’s like shopping local. Why shop for something faraway when we have great books right at home?”

Caros offers advice on how to run a successful book club “having food and wine is definitely the way to go. And the location you pick is important. It needs to feel intimate. And it really helps when the facilitators love books!”