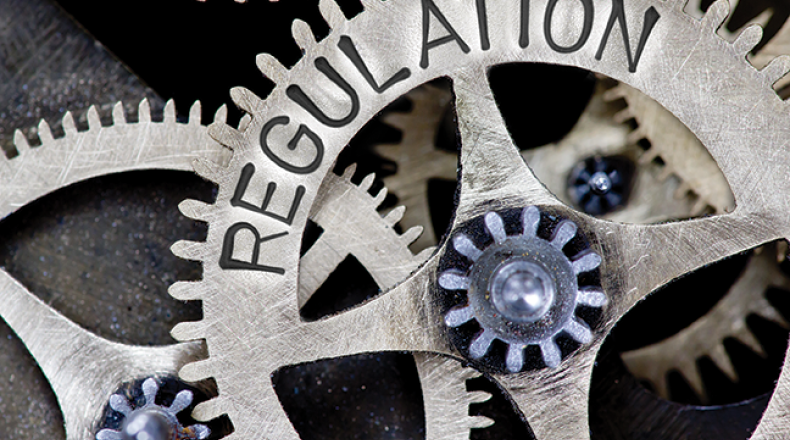 Is it ethical to spend too little money on fundraising if that means a nonprofit organization doesn’t have the income it needs to provide the necessary level of services to its beneficiaries? I hope you’re veering toward an answer in the negative.

However, as counterintuitive as it may seem, in many countries it is absolutely ethical not to spend enough on fundraising. That’s because regulations in those countries set limits on how much nonprofits can spend on fundraising and administration. Those levels could also be stipulated through relevant legislation, as has been tried in many U.S. states.

If you need to invest 40% of your current income for a big fundraising drive to transform the size of your organization so you can help many more beneficiaries, but the rules and regulations by which you are governed stipulate you ought not spend more than 25%, then you could indeed be acting unethically if you were to spend more.

But hang on, you say—that’s regulation; it’s a separate matter from ethics.

Well, yes and no.

The Link Between Ethics and Regulation

There is a link between the professional ethics developed by fundraisers and the codes and regulations that govern their actions. When we talk about ethics in fundraising, we usually query whether some action or behavior by fundraisers is ethical; we rarely question whether the regulation of those actions and behaviors is also ethical.

The first thing we need to do in considering this is to look at fundraising’s professional ethics. Most of this is contained in various codes of practice. For example, in the U.S. we have AFP’s Code of Ethical Standards, the Donor Bill of Rights, and the International Statement of Ethical Principles in Fundraising.

This gives a strong sense that fundraising’s professional ethics can be completely codified: the codes of practice tell you exactly what is ethical and what is not.

But here’s the key point: not all ethical fundraising is contained in the code, or can even be reduced to a code.

That’s not what ethics is for. Ethics is not meant to be a precise list of things you can and can’t do—that’s what a code of practice or conduct is for. Ethics is a system of principles that helps you to interpret what you ought or ought not do. Fundraising ethics help interpret the gray areas of the code and navigate a path through dilemmas that aren’t covered by it.

The problem is that a code of ethical standards often conflates ethics with best practices, and those are not necessarily the same things. The problem is further compounded in that such a code is often what legislators and regulators look to when creating laws and regulations around an activity. So, we end up with legislation and regulations based on “codes of ethics” that may or may not be based on the totality of fundraising ethics, just the bits that are in the code.

If regulation imposes arbitrary limits on how much can be spent on fundraising—limits that are arguably unethical if they result in underfunded services for beneficiaries—what other aspects of fundraising regulation might also be “unethical”?

As I have said, ethics is a system of principles to help you “do the right thing” by promoting good and avoiding harm. But for whom are you doing the right thing? There are often multiple stakeholders to many ethical dilemmas—take the famous trolley problem for example.1 How do you decide to whom you owe your main ethical duty?

Fundraising doesn’t have much ethical theory sitting behind it. But what does exist mostly identifies the donor as the primary stakeholder to whom fundraisers owe their main ethical duties, which emerges in professional practices such as donor-centered fundraising, relationship fundraising, and donor love, and is codified in the Donor Bill of Rights.

Regulation in the U.K.

So we have both professional ethics and professional best practices, and the codifications of both of these, prioritizing the donor as the main ethical stakeholder.

This has developed out of what is known as “pure” self-regulation—rules drawn up and enforced (or not!) by professional bodies such as AFP or its British equivalent, the Institute of Fundraising. However, pure self-regulation is rare. Most regulatory regimes are actually co-regulators, with the interest, influence, or direct involvement of many other bodies, including government.

The U.K. has a dedicated regulatory body, the Fundraising Regulator, as do countries such as Germany and the Netherlands, but there is no American equivalent. While different parts of the U.S. government touch on various aspects of fundraising, there is also a number of self-regulatory regimes—so-called “watchdogs”—such as Candid (formerly Guidestar), BBB Wise Giving Alliance, and Charity Navigator. Similarly, Canadians can turn to Charity Intelligence Canada.

Many of these co-regulatory bodies see themselves as acting very specifically in the interests of the public (both donors and nondonors). They are there to “protect” people from things like aggressive or intrusive fundraising and to make sure nonprofits don’t “waste” their money on overhead.

It’s not surprising that fundraising’s professional ethics and codes of practice are all geared toward doing what’s right for the donor. But when those ethics and codes appear to fail to do what’s right, we shouldn’t be surprised when an external body like government comes along and takes it off our hands.

This is precisely what happened in the U.K. following the suicide of Olive Cooke, a nonagenarian volunteer fundraiser who regularly gave to dozens of charities, and whose death the media blamed on pressure by charities. In the fallout from her death the Fundraising Standards Board was abolished and replaced by the new Fundraising Regulator (F-Reg), while the code of practice was taken away from the Institute of Fundraising and also handed to F-Reg.

As long as fundraising’s ethics and standards are focused so precisely on duties to donors, that’s what co-regulation of fundraising will enforce. So if donors feel it is wrong for nonprofit organizations to “waste” money on overhead, and a regulatory body sets an upper limit on overhead spending, then indeed, it becomes “unethical” to spend more than that on fundraising—from the donor perspective.

But what if we introduce other stakeholders to the mix? What about beneficiaries?

I have been developing a theory of ethics at my think tank, Rogare, called Rights Balancing Fundraising Ethics.2 This states that fundraising is ethical when it balances fundraisers’ duties to their donors with duties to their beneficiaries to achieve a mutually optimal outcome for each stakeholder, without causing significant harm to either.

Fundraisers would need to weigh the potential harm caused to beneficiaries if they chose not to do something just because the public—or regulatory organizations claiming to act in their interests—consider something to be unethical.

Here’s an example from the U.K. In trying to come to terms with the European Union’s General Data Protection Regulations (GDPR), U.K. fundraising got itself into a real bind. In trying to get out of it, some charities decided they would only contact donors who had given their consent to be contacted (even though GDPR doesn’t actually require such consent). Bodies involved in co-regulation started recommending nonprofits get donor consent.

I don’t have to tell direct marketers what happened. Most people didn’t reply to the letters asking for consent. As a result, consent was deemed not to have been given, and those donors could no longer be contacted. Some charities have seen their donor bases decimated by as much as 90%. It’s arguable whether regulation that results in charities losing 90% of their donors is ethical.

Fundraising regulation builds codes out of what already exists in fundraising’s professional ethics. When we consider what is ethical in fundraising, we have to stop thinking only in terms of bringing good to donors and avoiding harm to them. We also have to start thinking about what might harm beneficiaries and how we can avoid that.

In the seemingly never-ending battle about overhead costs, rather than try to argue with someone that overhead is proportionate and necessary (yawn!), say instead that the measures they are proposing are unethical. That’ll get them to stop and think.

Ian MacQuillin, MInstF(Dip), is the director of the international fundraising think tank Rogare, which he founded in 2014. Rogare aims to help fundraisers better use theory and evidence in by translating academic ideas into professional practice and building fundraising’s knowledge base. Ian is recognized as a leading thinker on fundraising ethics, having developed a new theory of fundraising ethics that seeks to balance fundraisers’ duties to both their donors and beneficiaries. Follow Ian on Twitter: @IanMacQuillin; @RogareFTT.