Different Perspectives: Taking Self-Regulation to a New Level in Australia 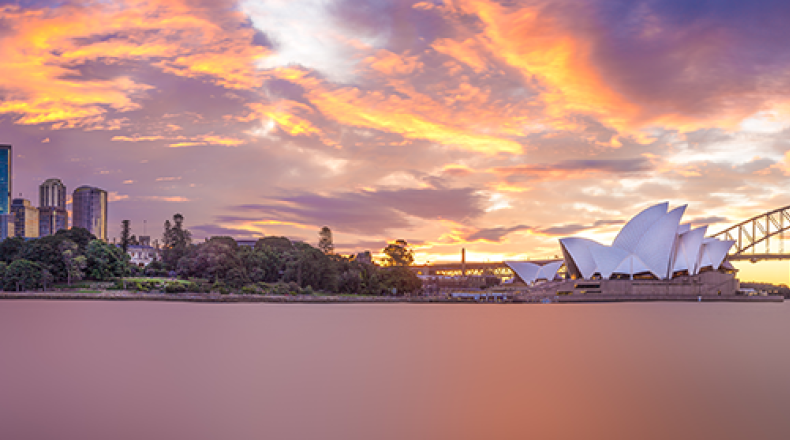 Four years ago, there was growing concern in the Australian fundraising sector about the backlash fundraisers in the U.K. had received since their media (inaccurately) attributed British poppy seller Olive Cooke’s suicide to continual harassment by fundraisers. That incident also called into question fundraising ethics and shined a spotlight on aggressive fundraising techniques.

Locally, there had been a spate of negative media stories on topics like fundraising administration costs, face-to-face fundraising, the working conditions of fundraising contractors, and a hard-hitting media campaign to stop charities from using telephone fundraising altogether. In addition, there was evidence such media criticism was starting to erode donor support.

Fundraising Institute Australia (FIA) was already looking at ways to shore up trust and confidence in the local fundraising sector. We knew it had to be done through the respectful, ethical engagement of donors, particularly when fundraisers were interacting with people in vulnerable circumstances. We also knew we had a small window of opportunity to improve the public’s perception of fundraising.

The Taskforce on Sector Sustainability

In 2016, FIA moved quickly to ensure the sector’s ethical practices and the enforcement of our self-regulatory framework were current to avoid a potential crackdown by Australian regulators. We created the Taskforce on Sector Sustainability, comprising leaders from across the fundraising community, to examine the sustainability of the fundraising sector and to advocate for a more donor-centric landscape based on an ethical approach to fundraising. The taskforce reviewed sector practices, undertook research, talked to members and donors, and carefully examined the FIA’s Principles & Standards of Fundraising Practice.

To keep government officials in the loop, FIA staff regularly briefed politicians and senior staff in the Department of Communications, the Australian Communications and Media Authority, and the Australian Not-for-profits and Charities Commission (ACNC), which is the national charity regulator. We also liaised with the various consumer affairs departments across Australia who have jurisdiction over fundraising regulation in their states. Overall, while we found there was not yet a firm plan by government to further regulate fundraising, we were mindful that the mood could change if another scandal erupted.

Self-Regulation That Goes Beyond Government Requirements

The taskforce concluded that FIA’s existing system of self-regulation needed updating. We wrote a new Code, with content informed by the International Statement of Ethical Principles in Fundraising, which sets out the values, beliefs, and principles that govern professional fundraisers worldwide, and which several other countries also use as the basis of their codes.

The Code was not meant to replace state regulation but to inform the conduct of ethical fundraising. FIA speaks for the largest fundraisers in Australia by revenue. While Australia has about 23,000 nonprofit organizations and charities with deductible gift recipient status, many are very small and engage in limited fundraising. It is FIA’s 1,400 members who do the lion’s share (well over 80%) of fundraising in Australia. Our thinking was that if we could effectively self-regulate our members, this would go a long way toward providing an environment where charitable giving could thrive.

We launched the revised draft Code at the FIA Conference in 2017, and it took full effect six months later. The Code raises standards of conduct across the sector by going beyond the requirements of government regulation. It introduces important new governance and accountability measures, along with protections for people in vulnerable circumstances and those feeling overwhelmed by the number of charitable solicitations they are receiving. All members must abide by the Code as a condition of FIA membership.

After the launch, we still needed to undertake substantial work to bolster member understanding of, support for, and adherence to FIA’s Code and system of self-regulation if that system was going to be effective against further government regulatory intervention. We appointed a Code Authority, a committee with considerable influence and weight—and at arm’s length to the FIA Board of Directors—to ensure compliance with the Code.

For self-regulation to work, there needs to be confidence in the community that fundraisers are doing the right thing. Our proactive approach to updating our Code, supporting our members with training, and monitoring compliance provides the evidence base to support our arguments for light-touch government regulation of our sector.

At the same time, we developed a web-based training course to help members understand their obligations under the new Code. All FIA members and any person involved in fundraising (including CEOs, volunteers and board members) are expected to take the training. Already more than 2,500 fundraisers and their suppliers have either registered for or completed the course.

While having a professional code and training to govern the conduct of fundraisers is all well and good, how do we know if members are actually complying? To answer this question, we introduced a “mystery shopping” program, a technique more commonly used in the retail sector, as a way to monitor compliance.

The Code contains several specific commitments by fundraisers in how they must treat donors, beneficiaries, and suppliers. By regularly checking on their compliance, we believe ethical standards will improve across the sector, and this will be beneficial to charitable giving overall.

The FIA Code Authority appointed a Code Monitor and contracted with a research agency to monitor several different types of transactions, including inbound donations from researchers posing as donors in potentially vulnerable circumstances, and as donors under 18 years of age. They also reviewed data handling, privacy, and security practices. The Code Monitor notes transcripts of telephone conversations, any print materials received, electronic messages, and any other communication from the member charity.

The exercise examines whether charities are conducting their fundraising activities in accordance with the ethical principles that all FIA members have pledged to follow. It also helps us understand whether members are meeting all requirements of the Code.

When mystery shopping reveals evidence of a breach, the Code Monitor alerts the Code Authority. The Code Authority has a variety of options available in cases where a member has been found in breach, ranging from requiring the member to undertake additional training to other remedial action to make sure the breach does not happen again.

However, this is not a “name and shame” exercise. The primary intent of the monitoring is to alert members to non-compliance before it becomes a serious or systemic issue leading to real harm. Members found in breach have the opportunity to correct the behavior before sanctions are considered.

For self-regulation to work, there needs to be confidence in the community that fundraisers are doing the right thing. Our proactive approach to updating our Code, supporting our members with training, and monitoring compliance provides the evidence base to support our arguments for light-touch government regulation of our sector.

In this way, FIA is leading the way in reducing the red-tape burden on charities and fundraisers in Australia. We believe fundraising standards across the country will rise as more organizations and professionals adhere to the Code as FIA members. Ultimately, our efforts should go a long way toward building public trust and confidence in the Australian fundraising sector.

Katherine Raskob is the CEO of Fundraising Institute Australia.