Engagement: All the Rage—Philanthropy Amid Crisis 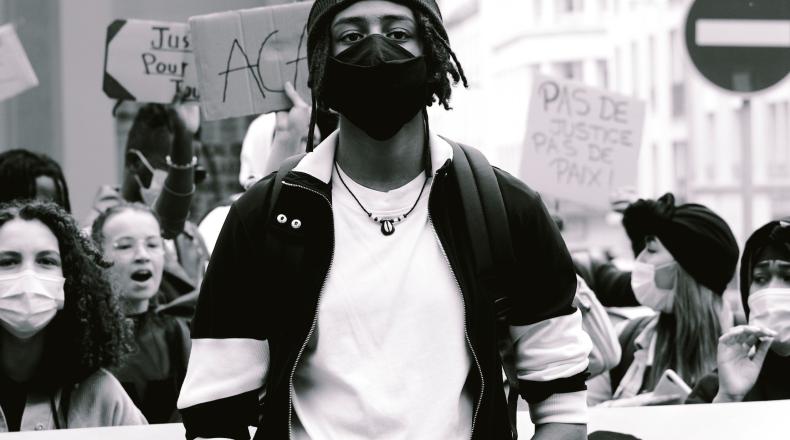 “Rage giving” is here to stay, and you should be prepared for when—not if—it happens to your nonprofit.

The summer of 2020 saw a wave of protests in U.S. cities in response to the unjust deaths of Black Americans like Breonna Taylor, George Floyd, Ahmaud Arbery and Elijah McClain. Thousands of protesters took to the streets, while others took out their wallets. According to The New York Times, racial justice groups, bail funds and Black-led advocacy organizations saw a record-setting surge of donations, leaving them overwhelmed and flush with cash.

This type of charitable giving has been called “rage philanthropy” or “rage giving,” and it puts nonprofit professionals at the intersection of public dissent and private support.

It can be a weird place to be. Numerous studies show that charitable giving makes us happier, healthier and more social, and we feel more connected to each other when we give. So, what happens when charitable giving, which is supposed to be joyful, or at the very least, unassuming, is paired with an emotion like anger?

Ten days after the 2016 U.S. presidential election, the term “rage philanthropy” was used by news articles about the now-defunct website Rage Donate. The site paired incendiary quotes from then-president-elect Donald Trump with a suggested donation button to nonprofit organizations working with people who were the target of those quotes (women, Muslims, immigrants, people of color, people with disabilities, and other groups).

Since then, “rage giving” has been an outlet to express one’s self and affect social change, and nonprofits of all sizes and causes are grappling with this growing donor-initiated phenomenon. As researchers, we wanted to explore how philanthropy as a form of protest affected nonprofit organizations. Between October 2018 and October 2019, the University of Colorado Boulder and Indiana University Lilly Family School of Philanthropy conducted semi-structured interviews with 20 employees at 17 nonprofit organizations. Across their unique experiences with rage giving, we found four common characteristics:

Sound familiar? Before 2016, episodes of spontaneous giving by individuals were called “reactive giving” or “crisis” or “responsive philanthropy,” like after the events 9/11 or the 2004 Asian tsunami. Yet, the nonprofit professionals we interviewed say today’s giving surges are different. They have a new ferocity in their scope, scale and speed, and it is donors who are leading the charge.

While rage giving has its obvious benefits for nonprofits—money for the organization and attention for the cause—it comes with challenges, too.

But it’s not all doom and gloom. Some nonprofit professionals we interviewed called the giving surge to their organization “a gamechanger” and “a silver lining.” They also said:

Rage philanthropy has significant implications on nonprofit organizations’ daily work and, for some in our study, led to philosophical questions about their organization’s identity and purpose. As one informant told us: “I definitely think rage philanthropy was something that greatly impacted our organization in a lot of different ways, not just financially.”

The majority of the nonprofit professionals we interviewed didn’t anticipate their rage giving event or know how donors found their organization. Here’s what they shared that they did (or wished they did) in the aftermath of rage philanthropy:

One might argue that nonprofit professionals should consider these activities regardless, but rage giving has made it even more urgent. As 2021 brings new challenges for our society, we’ll be watching—and documenting—how rage giving impacts nonprofit organizations, donor behaviors and social change.

Amy Voida, Ph.D., is a founding assistant professor in the Department of Information Science at the University of Colorado Boulder. She also holds an adjunct appointment with the Lilly Family School of Philanthropy at Indiana University, IUPUI. Amy conducts empirical and design research in philanthropic informatics, exploring the role of information and communication technologies in supporting initiatives for the public good.