Ethics, Fundraising, and Leadership: How Ethics Has Changed Over Time 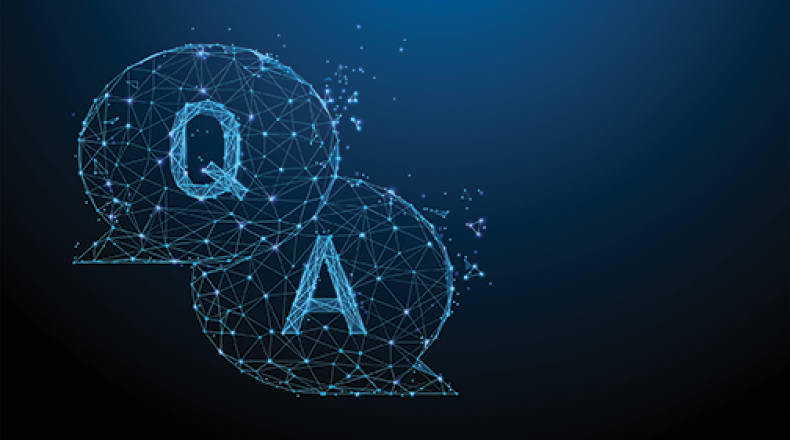 Things have changed in the world of fundraising over the past 50+ years. There are now more formal graduate programs in fundraising and nonprofit management than ever before, technology has evolved, and the number of nonprofit organizations continues to grow, just to name a few.

How have these changes impacted fundraising ethics? As the fields of fundraising and philanthropy have matured, the constant is the need for ethics to be a central tenet. AFP has recognized this need, having a long history of providing the Code of Ethical Standards to members and others as a tool to guide ethical decision-making.

For this special ethics issue of Advancing Philanthropy, I posed a few questions to several longtime AFP members about changes they have observed in fundraising ethics over time and what they think the future will hold.

What has changed in nonprofit and fundraising ethics since you started working with nonprofit organizations?

Dr. Paul Pribbenow
President, Augsburg University
The main change I have seen in ethics in my 35 years is the visibility of various codes and standards governing ethical behavior. Organizations like AFP have done a remarkable job of raising the importance of ethics in our work and making it a central part of the mission of the organization.

Colette Murray, JD, CFRE
CEO and Senior Search Consultant, Paschal•Murray
I have been working with nonprofits since 1972, and the major change is the public and professional awareness of ethical issues in fundraising. Forty-five years ago, there was never much concern or discussion about ethics. The requirement that an AFP chapter must include an annual program on ethics in order to receive a Ten Star Award has done a great deal to keep the topic top of mind for chapter members, and they influence others in the profession.

Paula Attfield
President, Stephen Thomas Ltd; Chair, AFP Canada
Over the last quarter century since I’ve been in this field, there have been some technical changes to the rules and regulations around ethics that have been brought about by all the new channels available to fundraisers, in particular in the digital space, with email and social media. For example, in Canada we have CASL (Canada Anti-Spam Legislation) and PIPEDA (privacy legislation). But, the most important change is how much more important having an explicit code of ethics has become in a world where nonprofits and fundraisers are constantly being scrutinized—and often criticized—for what we do. In fact, the AFP has the only enforceable code of ethics for fundraisers.

Is a typical nonprofit worker/fundraising staff member (or consultant working with nonprofit organizations) more aware of ethics today than when you started in the field? If so, how?

Dr. Janice Gow Pettey
Founder and Principal, J.G. Pettey & Associates
Yes, thanks to social media, publicity around breaches of trust in the public sector, and media attention. It’s not limited to the nonprofit sector either. More and more nonprofit academic programs are teaching classes on ethics. The body of literature is growing. This is all good.

Paula Attfield
President, Stephen Thomas Ltd; Chair, AFP Canada
As a young person in the field 25 years ago, I was relatively unaware of ethical standards as a necessary element of my job. Conversations happened, but frankly, ethics sessions at our conferences were generally not well attended. We were ethical people, why would we need to study ethics? But today, our fundraising profession is increasingly a global one, we are all connected and having these conversations together about ethics. A fundraising scandal in one country can be headline news halfway around the world.

C. Vern Snyder, CFRE, ACFRE, FAFP
Retired Vice President of Advancement, University of Toledo
Unfortunately, I do not believe there has been much increase in the awareness of the important role of ethical behavior and fundamental ethical standards for “typical nonprofit workers.” Many of these people are well-intentioned and dedicated advocates, but they view their work as a job. However, those who see it as a career—or for that matter, a calling—are more likely, in my opinion, to give increased study and mindfulness to ethics and what constitutes ethical behavior.

Should we encourage more academic research work on the topic of nonprofit and fundraising ethics, or is this something that practitioners should research?

Dr. Janice Gow Pettey
Founder and Principal, J.G. Pettey & Associates
Yes and yes! It’s as important for us to have academic research on ethics in the nonprofit sector as it is for practitioners to conduct research and share it. I consider myself a “pracademic,” with one foot in each sector.

Jim Greenfield, ACFRE, FAHP
Yes to both. There is a great deal of difference between the two, so we need both. Practitioners can help provide case analyses and guidance on how to handle different situations, as illustrated in some of the books that Janice Gow Pettey has written.

Colette Murray. JD, CFRE
CEO and Senior Search Consultant, Paschal•Murray
I feel pretty strongly that practitioners would be the more appropriate ones to lead research efforts as they deal with scenarios and situations where ethics issues are involved on a day-to-day basis. They also have the networking capability to seek input and advice from colleagues in the profession. In fact, I would suggest AFP create an award for research in the field and urge practitioners to compete for the honor.

How do you envision nonprofit and fundraising ethics changing in the future?

Dr. Paul Pribbenow
President, Augsburg University
I think the underlying foundational principles and values in our ethics will not change, but I think we will refine and add new standards as the world changes around us. For example, the growth of technology has precipitated much new thinking about how our ethics cover the use of social media and other electronic means of doing our work. The growth of the industries serving our philanthropic work (consultants, vendors, etc.) has meant extending our ethical considerations to cover their engagement in our work. There is good work going on right now to consider the ethical implications of working with donors suffering from memory loss and dementia. I can tie each of these trends back to a foundational principle about the character of our work as fundraisers, even as we may need to be more precise in stating the ethical standards we want in place to govern our professional work.

Colette Murray. JD, CFRE
CEO and Senior Search Consultant, Paschal•Murray
In all honesty, I don’t envision a lot of change other than occasional tweaking of the AFP Code of Ethical Standards, which continues to remain the “bible” among codes of ethics in the industry. What is needed is continuing education so all those involved in the nonprofit arena (not just fundraisers) are aware of, and constantly reminded of, the importance of adhering to ethical principles and are willing to recognize and confront situations as they arise. At the end of the day it is all about maintaining the public trust—and not maintaining ethical standards is the quickest way to lose that!

C. Vern Snyder, CFRE, ACFRE, FAFP
Retired Vice President of Advancement, University of Toledo
Going forward, I believe that the scrutiny of the nonprofit sector will continue to expand. My experience in higher education fundraising may serve as an example of what I believe lies ahead. The ethical question is, what are you doing with all that money? Multibillion-dollar campaigns are followed by even larger multibillion-dollar campaigns, and yet student debt continues to grow. Both state and national governments are increasing their scrutiny of large endowments. Can scrutiny of the practices used to raise those funds be far behind? More to the point, can increasing regulation be far behind? As the profession grows and develops, there will be a need for highly trained professionals. These career professionals will be required to possess a comprehensive understanding of ethics, ethical behavior across various cultures, and how to lead an ethical nonprofit organization.

The need for a professional code of ethics was one of the original driving forces behind the formation of NSFR—the National Society of Fund Raisers, as the organization was known when it was founded in 1960. The original code of ethics was developed by a special committee chaired by Barnet M. Deutch and adopted by the board of directors in 1965. Most of the core principles of the code drafted nearly 55 years ago can still be found in the current AFP Code of Ethical Standards. The full text of that original code is quoted here as it was written:

Members of the National Society of Fund Raisers acknowledging and publicly pledging that they will serve the best interests of the many different individuals, groups, institutions and elements of our modern society will:

The following Code of Professional Ethics and Standards for the Practice of Fund Raising is adopted by the National Society of Fund Raisers to promote and maintain high standards of public service and conduct among its members in order that membership in the Society may be recognized as a badge of ethical conduct; that Fund Raising may be universally regarded as an ethical activity; that the public may have confidence in its integrity; and that the practice of Fund Raising may therefore best serve the public interest:

Dave Tinker, CFRE, FAFP, is vice president of advancement at ACHIEVA and an adjunct professor of informatics in Muskingum University’s Master of Information Strategy, System & Technology program. He was honored by AFP as one of its first Distinguished Fellows, is an AFP Master Trainer, and has received the Outstanding Fund Raising Executive award from the AFP Western Pennsylvania Chapter.