Ethics, Fundraising, and Leadership: The Power of Ethical Leadership 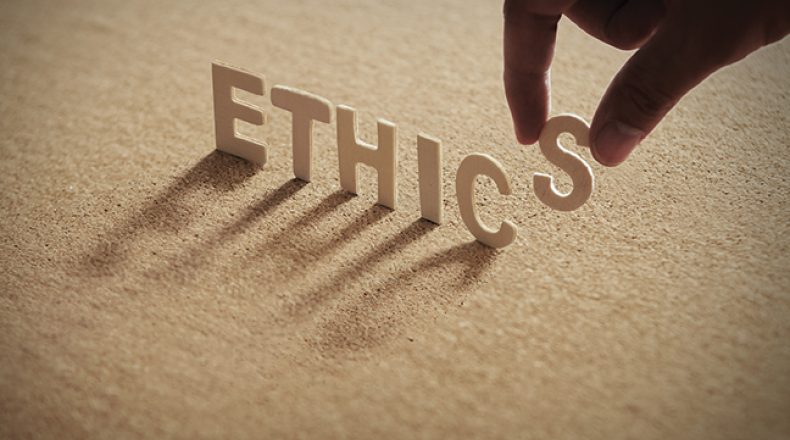 Too often, we see ethics as placing limits on our actions and constraining ways we can bring more resources to our organizations. Donors exercise their rights, but fundraisers are limited by codes. This view neglects the generative power of ethical conversations. Talking about ethics creates new possibilities and more room for maneuvers. It is fundamental to the fundraiser’s craft.

By asking what we should do together and not only what should not be done, ethics create as much as they constrain. Thinkers from Edmund Burke to Bob Payton have described this sense of possibility as the “moral imagination.”

If you are in a position to fundraise—to articulate a vision for a mission that connects those who have resources with a public need—you have the power to shape moral relationships. You share with your prospective donor an interest in the public betterment you discuss. You approach the relationship with your organization’s priorities in hand. The donor approaches it with their interests and commitments.

When the match works, it rests on the effective relationship-building we hear so much about. Much more than a transaction, it is a generative exploration of purpose and possibility, occasionally leading to personal and institutional transformations. When such a transformation occurs, it is because a new, more expansive way to imagine our purpose has been found.

In the multiple encounters a donor has with a fundraiser before the major gift becomes a reality, the fundraiser works to establish trust that will result in a joint commitment to a shared purpose. Of course, reputational and other incentives are offered, but they are truly immaterial. What matters is the agreement about what should be, and then the commitment to making it happen. You create a new moral reality before the pledge becomes a legal obligation.

This may strike you as an overly idealized view of the world, especially given the current crisis involving intensified scrutiny of tainted wealth and tainted donors. I’m referring to billionaires “sitting on wealth” with which they pledged to repair the Notre Dame Cathedral in France or accumulating wealth at the expense of others. The salience of inequality in our society is associated with the power of large donors to shape our public square in ways that can reinforce their positions of privilege. Many nonprofit organizations increasingly depend on smaller numbers of large donors as giving declines among the general population. And all this before we consider the social movements that are questioning our ways of excluding women and other underrepresented groups in our work.

This macro-crisis  is experienced in many micro-instances by the multitude of nonprofit organizations that fundraise to advance their public missions. It is understandable to feel vulnerable in this context as one faces fewer donors, each with significant resources that have more power over your fate. Fundraisers are doubly vulnerable, as your effectiveness depends not only on donors but also on the leadership of the organization that employs you. Again, it’s understandable to feel besieged, struggling mightily to resist the temptation to bend the rules and curry favor with bosses and donors.

But doing so would be a mistake for a number of reasons, mainly because it would mean ignoring the always-available opportunity for ethical leadership.

Relationships of power, vulnerability, and dependence are part of a fundraiser’s ongoing engagement with donors, and you can find courage in your commitment to the mission you have chosen to serve. What does your donor feel about the power he or she has over your work? Can you bring up the fact that some of her recommendations are not really practical without alienating her? Would talk of the actual purpose of your relationship help reframe the conversation? Can you talk to your boss about the realities that make you worried about the prospects for fundraising?

In the case of the last question, it would be good have some options ready to improve these prospects with your boss’s help. Sometimes, referring to a current critique in the press or on the bookshelf can be a fruitful starting point. Asking what others think about shared reading and whether what they’ve read applies to the current situation is a standard way to learn together—from the classroom to the boardroom.

In times of crisis, it becomes apparent that there are no obvious answers for what should be done. Established routines and ways of behaving strain under the weight of contradictions and a growing sense that we live and work as we should not. Some seek large change at the macro level, recasting entire economic and social systems. And some fundraisers certainly support such efforts through organizations that push for large social change.

Aside from participating in big policy questions about the shape of our society, the greatest power of fundraisers may be in the face-to-face conversations they have with donors about what should be and how to move toward a shared vision. It is in difficult times and trying circumstances that we test the mettle of our leadership—not only to manage the situations at hand but also to provide insights and vision to reconnect us to why we do what we do. Such leadership takes moral courage, moving you beyond codes and templates, toward possibilities, allowing you to transcend personal vulnerabilities through a revived commitment to your cause.

Fundraisers should ask for donor support when it is the right thing to do. Getting to the point where a donor will agree to join in creating the proposed new reality can be a marvel of ethical leadership.