Falling Into Fundraising: A Career That Makes an Impact 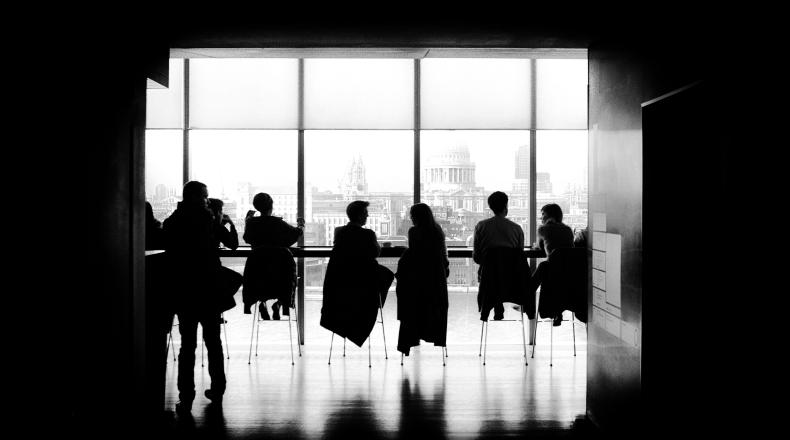 In this new series “Falling Into Fundraising” Danisha Bhaloo-Shivji, manager of development and communications at the Boys & Girls Clubs Big Brothers Big Sisters of Edmonton & Area will interview women who are Black, Indigenous, or persons of color to talk about their “unintentional” careers as fundraisers, what we can do to showcase the profession as a viable, intentional career choice, and how to increase the number of BIPOC women in the profession.

In this first interview, Christine “Chrissey” Nguyen, development director at Capital Partners for Education talks about how she “fell into” fundraising, challenges she’s experienced as an Asian American fundraiser, and how her family background encourages her to keep going.

How did you “fall into” fundraising as a career?
I originally wanted to be a doctor. I have always had this intrinsic idea that I wanted to make an impact in the work that I did, and at the time, I genuinely believed that joining the field of medicine would be my way of doing so. I was volunteering at hospitals and a local medical nonprofit, and they approached me to see if I was interested in working with them as a programs assistant. Since I was curious and familiar with their patients, I said yes!

One day, they had an event coming up, and since it was a small nonprofit, it was all hands on deck. I was tasked with calling and soliciting donors for donations—I had never done anything even remotely close to this in my entire life. I was shocked that it was someone's job to go out and to ask for donations. Regardless, I dove in head-first and just started calling and talking to people on the phone! I was successful at gathering donations. I surprised myself and members of the development team. Shortly after that, I began doing more development work, and I learned everything and anything I could there before moving on to the next nonprofit.

I've had the honor and privilege of working with a myriad of diverse organizations and had several experiences because I truly wanted to learn everything. I feel like I am a well-rounded fundraiser because I've fought for every opportunity and wanted to experience everything I could.

What role did mentorship play for you as a woman of color in fundraising?
I don't think I would be where I am today without the support that I've received along the way. Mentorship is so important, and I believe that everyone needs a mentor. There are so many lessons and tribulations, so having someone who has been there to give guidance, emotional support, and share their thoughts is critical.

Being a woman of color in fundraising can be very isolating, and sometimes you feel very alone. But in the times where I felt so frustrated and disheartened, everything was made better knowing that there was someone that I could lean on. This is a profession with emotional burden and high burn-out, and I'm so lucky to have people I can lean on in times where things just feel insurmountable. They remind you that you are not alone, and for every person that makes you feel small, there is someone out there who wholeheartedly believes in you.

What were some of the challenges that you faced in your career?
Like I said earlier, there have been challenges along the way. Besides being an Asian American woman in fundraising, the first challenge I navigated was being a young woman in fundraising. When technology gurus are incredibly young and successful, people look at them like they are visionaries. When a young woman is successful in fundraising, people look at her like she has so much to learn and is inexperienced. This is especially true if you are a woman of color. It's particularly noticeable when juxtaposed with the experiences I've had trying to introduce new strategies, technologies or ideas.

Being a woman of color in fundraising can be very isolating, specifically when you find yourself in a new space and dynamic that is unfamiliar. There I was, often the youngest and only person of color at the table, asking for ostentatious amounts of money that I knew could change the lives of people that I knew. The world I worked in was dramatically different from where I came from, particularly as the daughter of immigrants. It was like playing by a set of rules that nobody ever explained to me and having to figure it out along the way. This was only compounded by the fact that I had to forge a path for myself in a space that was made for people who did not come from my same background. It was as if everything was trying to tell me that I didn't belong when I believed that I did.

I have experienced frustrations, obstacles and challenges, and each situation has pushed me—some close to my breaking point. I once had a supervisor who would find ways to bury me under work and take away opportunities while simultaneously advancing my white coworkers. She would then validate herself by telling me that she thought, “Vietnamese are so brainy, hardworking, and smart!”

But at the end of the day, all the adversity and challenges along the way have been part of a greater story to tell, and I know that future fundraisers will be able to thrive in a more holistic space.

What role do power and privilege play between fundraisers and donors?
I think donors need to be aware of the privilege and the role they play in these dynamics. Donors are much more powerful than they realize and the imbalance is quite striking. Early in my fundraising career, I was tasked with talking with this donor, with whom several members of the organization had interfaced well. They spoke about how this donor was wonderful, congenial and friendly.

This meeting gave me anxiety. Because almost every instance before, this donor would flat-out ignore me and not speak to me. I am a Vietnamese American woman, and this donor happened to be a Vietnam War Veteran. When it came time to meet with them, they were highly disrespectful, and his comments were discriminatory. But my feet felt glued to the ground—I couldn’t speak up or leave because I was there to ask him for money to support our clients. People were depending on me and hoped that I would return with a check in hand. When I went back and relayed this experience, a lot of people brushed me off because they held this donor in high regard.

I reflect on that day and wish I had dared to walk away. I also wished the system wasn’t so flawed that a young fundraiser would feel like they had to endure that for a donation. We love and value donors, write them thank-you notes and invite them out for coffee, but we need to be fully aware that they hold privileged identities and reflect on how that affects us, our teams, and our organizations.

What is your hope for future Black, Indigenous and people of color (BIPOC) women fundraisers who are considering this as a career?
I hope that more women who are Black, Indigenous and persons of color find themselves in a fundraising career. Although I fell into fundraising and am grateful every day that I landed here, I want future female fundraisers to explore the fundraising profession like when I explored medical career tracks. I’d love for more universities to offer programs or majors for those interested in fundraising, and for increased representation.

However, if I am wishing for those things, I also hope that the fundraising sector recognizes the issues we have and starts to think through ways to fix them. There are a variety of things we need to address before we welcome the next class.

What fuels your passion to continue doing the work you do?
At the end of the day, my drive comes from my passion and commitment to making an impact. I’m honored to be able to make a difference through my work, and I learned that this trait is genetic. My grandfather lived a phenomenal life committed to giving back to others. A former prisoner of war, he escaped to the United States, where he built a community and helped hundreds of Vietnamese refugees find a home in a foreign place. His work inspires and pushes me to do more in my community.

I also feel a personal connection to philanthropy because I am a product of it. The course of my family’s lives completely changed when an anonymous donor wrote a check for $4,576 for plane tickets so they could come to the United States and escape the turmoil of Vietnam. That gift is a phenomenal representation of philanthropy and has transcended generations. Growing up as the child of immigrants and overcoming my own adversity has gifted me with a strength I have carried throughout my entire life and career. This is also part of the reason I feel so connected to the students I work with because they also have to overcome barriers and challenges.

Would You Like to Share Your Story?
If you’re a woman in fundraising who is Black, Indigenous, or person of color and interested in being interviewed for this series, please contact Taryn Gold, associate vice president for chapter engagement at taryn.gold@afpglobal.org. 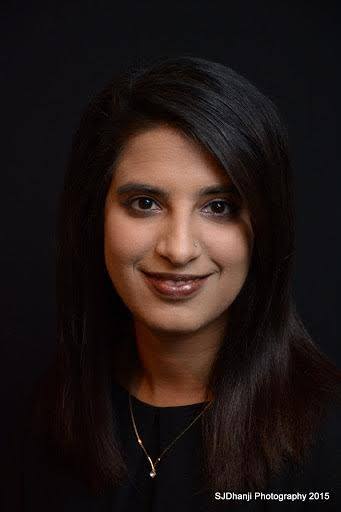 Danisha is a Certified Fund Raising Executive and works as the development and communications manager with Boys & Girls Clubs Big Brothers Big Sisters of Edmonton. In a volunteer capacity, Danisha is the chairperson of the Social Wellbeing Advisory Committee for the City of Calgary, a member of the Women's Impact Council for the Association of Fundraising Professionals (Global), and is a board member for United Way Centraide Canada. She also sits on the local United Way of Calgary’s Leader’s Cabinet and is the co-chair of Women United with United Way of Alberta Capital Region. Danisha has been recognized for her contributions to the community by Future of Good as one of their 21 Young Impact Leaders, the Government of Alberta Stars of Alberta Award, University of Alberta Alumni Award, Avenue Magazine Edmonton’s Top 40 under 40, Edmontonians' Magazine’s Sizzling 20 under 30, and Correctional Services of Canada. 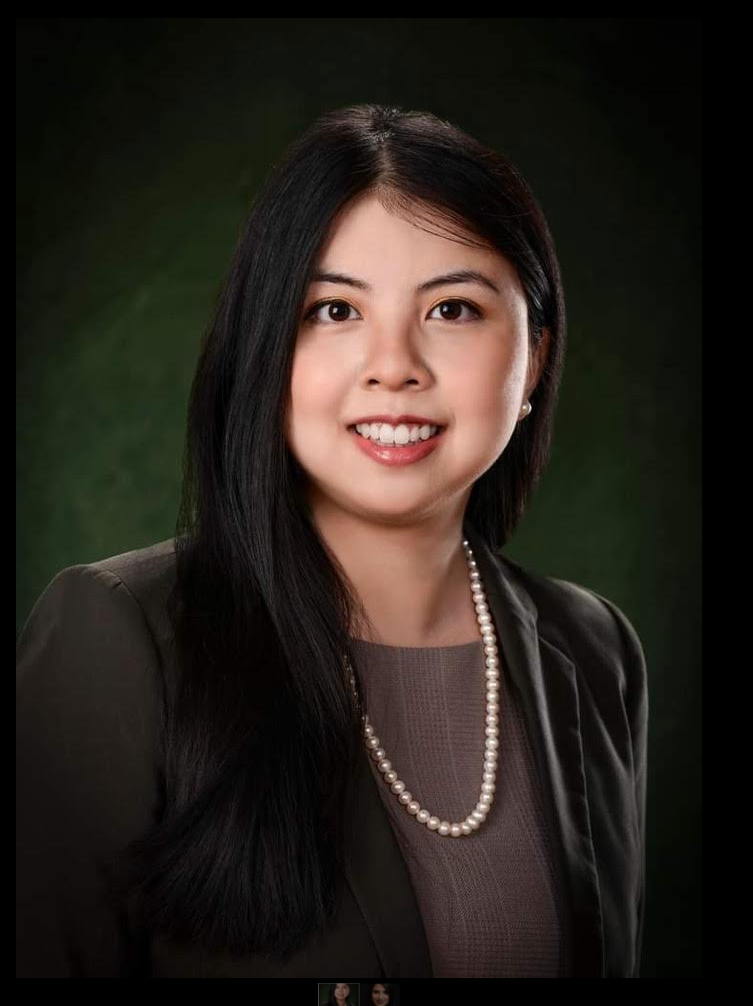 Christine “Chrissey” Nguyen joined Capital Partners for Education in 2021 as the organization’s development director. In her role, she strategizes and leads all fundraising and development efforts for the organization. Her responsibilities at CPE also include engaging and introducing stakeholders to the organization, as well as finding innovative ways to fuel CPE’s mission. Prior to joining Capital Partners for Education, Chrissey served as senior director of Individual and Foundation Giving at one of the largest youth development nonprofits in the state of Texas, where she was responsible for the organization’s extensive individual, foundation, and government funding. Chrissey’s experience also includes fundraising at Texas’ largest special needs nonprofit, and at the leading provider of homeless services in Chicago, as well as serving as a fundraising and strategic planning consultant for nonprofits across the nation.