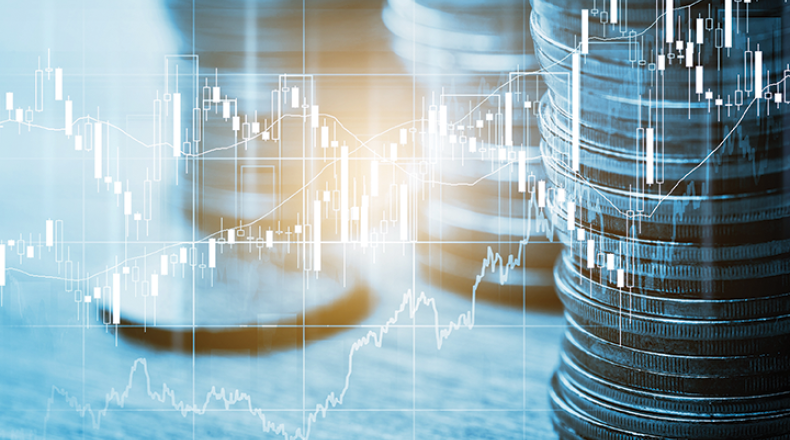 In early summer, the annual Giving USA report will be released with an abundance of information about American philanthropy for 2021. It will come as no surprise if the 2020 record of $471 billion in donations is exceeded by a healthy percentage.

The prospect of 2021 as having been a record-breaking year gives us the opportunity to use imagination and to ask “what if” questions. And it gives me the opportunity to be an ambassador for encouraging dialogue about a model of giving I encountered 25 years ago when I met a visionary in major giving.

According to the National Center for Charitable Statistics, more than 1.5 million nonprofit organizations in the U.S. do outstanding work addressing societal needs. Imagine how much more we could advance the missions of our respective nonprofits if charitable giving more than doubled.

What if nonprofits engaged the top 5% of their constituents in a conversation to encourage charitable contributions based on giving a percentage of earned income plus net assets?

Major gifts are the lifeblood of nonprofits’ ability to expand facilities and increase services. What if nonprofit boards, executive directors, and development directors began a dialogue to look at major giving through the lens of including giving from net assets instead of giving solely from earned income? What if nonprofit leaders re-imagined their organizations’ vision to serve many more constituents and had ‘big dream’ conversations with major donors to share in that vision by re-imagining their approach to making major gifts?

Most Americans base their philanthropy on giving from household income, often with what’s left after expenses.

The U.S. Census Bureau reports that Americans gave 2.1% of household income to charities in 2020. Even though Americans are far more generous than citizens of other countries, this article will show there is potential for high-net-worth families to be far more generous.

How do we change donor-giving patterns and behaviors? We focus on major donors and provide them with a different and better way of giving.

When looking at statistics to guide strategies to significantly increase charitable giving, it is useful to focus on earned income (i.e., salary, bonuses and investment income) plus net assets instead of focusing solely on household income. Understanding giving from one’s net worth opens new horizons to giving potential in high-net-worth households.

What if nonprofits engaged the top 5% of their constituents in a conversation to encourage charitable contributions based on giving a percentage of earned income plus net assets?

If we apply a 2% giving standard of net assets to the top 5% of earned income and net asset households (approximately 7 million) from 2020, the giving potential of those households is astonishing. With statistics from the 2020 Population Survey and Survey of Consumer Finances compiled by the Federal Reserve, we can conservatively estimate an increase of $1.1 trillion in donations if major donors embrace giving 2% from their net assets, more than double the 2020 record of $471 billion.

This way of giving is not a new approach. It was initially proposed during the 1990s by the late investment firm owner and philanthropist Claude Rosenberg Jr. of San Francisco. Through investment connections, he knew many San Francisco business leaders. He was involved with area charities and noticed an absence of many community leaders on nonprofit donor lists.

Rosenberg did research and came up with the earned income plus net asset-based giving model. For the last 20 years of his life, he spoke to willing audiences about his idea. His 1994 book “Wealthy and Wise: How You and America Can Get The Most Out Of Your Giving” outlined his earned income and net asset giving strategy.

Rosenberg wrote about giving affordability, saying, “Affordability has to be judged on the basis of net worth—the value of earning assets owned after deducting related debts and excluding nonearning assets (i.e., home and possessions).” He astutely came to the realization he could give far more when he analyzed his income, the value of his assets, estimated investment returns over a few years, and compared the results to a budget of his needs with a reserve for children and philanthropic commitments.

With the aid of IRS giving data, Rosenberg found that those in top income groups averaged less than 10% of what they could safely afford to give. He described his conclusions as if he had discovered new money and could give much more than he had been giving. Through the experience of giving much more, he found it more joyful to reduce wealth moderately than to accumulate it.

I had the pleasure of knowing Claude Rosenberg while serving on a Portland, Oregon development association board in the 1990s. I asked if he would speak to our membership. He graciously accepted the invitation, came at his expense and gave copies of his book to attendees. He communicated that his interest was to empower nonprofits to be ambassadors with major donors and help them realize their giving potential. His message and example had a lasting effect on me.

I can say from experience that net asset giving works when you are in long-term, trusting relationships with major donors and able to have “what if” conversations with them. It is not an approach you can write about in a letter. It must be personally communicated. It helps to start with your board to get them behind it. On the other side of talking with major donors about net asset giving, nonprofits need a transformative vision for what your organization could be with an exponential increase in donation revenue.

If affluent Americans give an average of 2% of their earned income plus net assets, they could do so without having to worry about altering their lifestyle and ensuring future inheritances. They could increase their net assets because they are likely able to generate an investment return on net assets that exceeds the 2% they would be giving to charities. They could include net asset giving as part of their overall wealth strategy and, in a worst-case scenario, see their net worth decline only modestly over time.

The ability of major donors to implement net asset-based giving is most viable when one’s net worth has positive earnings, liquidity of capital exists, health and housing costs are covered, inflation isn’t significantly eroding purchasing power, and withdrawals are reassessed yearly.

The arguments against this model of giving often center around “I can’t afford to,” “I need to protect for health needs, family emergencies, investment setbacks,” and “Never invade capital.” Engage major donors in a discussion of their views on philosophical questions: What is money’s purpose? Will the greatest good be served by leaving the maximum to heirs? When should capital be used and how much and how often?

Even if every nonprofit inspired only a handful of major donors to act on net asset giving, we would see many more billions of dollars donated annually to nonprofit organizations. There remain so many unmet and unfunded needs. Now is a good time to revisit your organization’s mission and vision. That is what unites donors.

With the growth that has occurred in the accumulation of wealth in the past two years and the multi-trillion-dollar generational wealth transfer taking place, there is no better time to re-imagine major giving and talk with donors about funding transformational organization initiatives. The wealth and age demographics of the U.S. population support the urgency to have ‘re-imagine’ conversations within nonprofits and with major donors. You have nothing to lose and everything to gain.

Steven Beaird is a career development professional and Association of Fundraising Professionals member who has worked as vice president of advancement for educational and religious organizations and as a consultant to nonprofits throughout the western United States. He resides near Phoenix, Arizona and can be reached at stevebeaird55@gmail.com.