The Future of Fundraising: Declining Donors—A Rallying Cry for Innovation 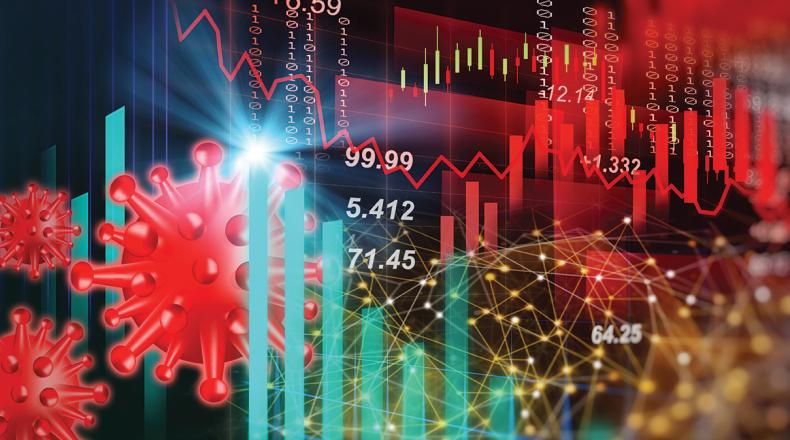 The share of Americans donating to charity fell from two-thirds in 2000 to half in 2018, according to a recent study from the Indiana University Lilly Family School of Philanthropy. The Giving Environment: Understanding Pre-Pandemic Trends in Charitable Giving shows the decline in formal charitable giving in stark relief, with only 49.6% of U.S. households making a charitable contribution in 2018, the latest year for which comprehensive data are available.

The study primarily analyzes the latest data from the Lilly Family School of Philanthropy’s Philanthropy Panel Study (PPS), a module of the University of Michigan’s Panel Study of Income Dynamics. As a nationally representative longitudinal study, the PPS follows 9,000+ households over time. The report is based on research funded by the  Bill & Melinda Gates Foundation.

The Giving Environment shows a sea-change in some of the truisms we have relied on for decades. For one, religious giving participation continues to decline, from 46% of households in 2004 to 29% in 2018. In 2000, American’s average donation to religious causes was $1,107; this figure fell to $771 in 2018. A bedrock of philanthropic activity, religious giving is showing a shift that has implications for all categories.

The study also finds that the average overall amount given to charity by donors went up, despite the decline in the percentage of households who gave, a phenomenon known as “dollars up, donors down.”

Despite the fact that much of the decline occurred since the Great Recession, in the PPS data, just over one-third of the decrease in charitable giving participation from 2000-2016 can be directly attributed to shifts in income, wealth, and homeownership. This suggests that factors such as decreases in interpersonal trust, empathy and compassion, among other factors, also may play a role. As relationship builders, we must serve as canaries in the coal mine for these trends in our organizations and transform how we connect with our communities.

Further, the ways that Americans give are changing—people are giving in different, often informal, ways. Crowdfunding, impact investing, mutual aid and in-kind giving are often hard to track and can fall off the radar of traditional giving. Nevertheless, there are steps fundraisers can take to try to help increase Americans’ involvement in charitable giving and other related forms of philanthropy.

As fundraisers, we are often called to innovate, and this data calls for just that. Now is your time to engage a new set of advocates that can help carry your cause into the future. Perhaps it is time to revamp your fundraising program or at least tweak how you are building relationships with your donors. Consider these possibilities for your own program:

The Giving Environment shows clear differences in giving by demographics and by causes. As nonprofits work to embrace these changes, it’s important to have intimate knowledge of how your organization’s supporters are also changing—and work to develop giving relationships with new audiences. Work to understand the motivations of diverse donors and ensure there is a meaningful connection to your cause. Look to younger generations and seek to identify their connection to your cause. As the report indicates, the giving rates and trust rates among younger Americans declined substantially, which speaks volumes to the work that needs to be done.

Do a thorough examination of the data you have on hand, such as your donor databases, social media metrics, email open rates and attendance or participation data. What are the trends in giving and participation that your organization is experiencing? How can you connect with a rising demographic group or re-engage a group that has fallen away?

Now is your time to engage a new set of advocates that can help carry your cause into the future.

Expand Your Definition of Philanthropy

As famed scholars Robert L. Payton and Michael Moody explained, philanthropy is “voluntary action for the public good.” It’s time that we as a field recognize this broader definition and expand our own thinking beyond dollars and cents. There are a wide variety of ways that we can engage advocates for our causes that can make a real difference.

Conduct an audit of all the ways that someone might engage with your organization. Are they skewed toward an older, more monied donor base or toward easily accessible options for people of all stages of life? Consider opportunities for people to offer their testimonies and networks over social media and other platforms. Engage volunteers in meaningful work that creates a lifelong partnership and true engagement. Create opportunities that promote your cause and community amongst those who are involved.

At The Fund Raising School within the Indiana University Lilly Family School of Philanthropy, we spend a lot of time talking about making the case for support. There’s a reason for this: it’s one of the most valuable tools that a nonprofit leader can have in their toolbox. Too often, though, we don’t allow ourselves the opportunity to evaluate our case and how it might need to evolve. We wind up talking to ourselves and using language that we find important but has little resonance with the audiences we are trying to reach.

There is an ever-increasing appreciation for authenticity in today’s culture. Moving past the cleverly edited and spotless storytelling, we are moving toward connections with real people. That means that it’s OK to show how your organization is trying—and sometimes failing—to meet a need. There is an appreciation for the real stories of people impacted by your work without filtered photography and hyper-edited narratives. Your case for support is embedded in the people you serve and their stories. Help uncover those, and you’ll be well down the path of connecting with new audiences.

Your case for support is embedded in the people you serve and their stories.

Remember “the good old days” when an annual appeal and securing some major gifts made for a good year? If you were fancy, you might have a planned giving component too. (I’m dating myself.) Now, there are so many channels by which to fundraise and create connections with new advocates for your cause. In my opinion, one of the great challenges for today’s nonprofit leaders is this: Creating a nimble operation that also stays true to who you are. It’s not helpful to you or your organization to chase every flash-in-the-pan opportunity, nor is it the time to live mired in the way it has always been.

Take some risks. Treat at least a section of your budget as an experiment to find out what works and what doesn’t. Perhaps your organization is ripe for a crowdfunding campaign or social media challenge. And maybe it’s not. But you’ll never know unless you test it out.

Maybe it’s because I’ve spent most of my career straddling the line between marketing and fundraising, but I’m a big fan of market research. What do you wish you knew about your audiences? Who should you ask? Have a new museum exhibit coming up? Ask a select group of people you haven’t engaged before to be a test audience. Working through the particulars of a new program? Ask some of your smaller donors or volunteers to work through it with you.

Listening is a great way to form new relationships with demographics that you’ve never engaged before in a meaningful way. Identify leaders from the areas you’d like to learn more from and create a small board of advisers and truth-tellers to help with the work. You’ll probably find out that learning from a newly engaged group of advocates will teach you more than you ever thought.

The Giving Environment: Understanding Pre-Pandemic Trends in Charitable Giving is a report from the Indiana University Lilly Family School of Philanthropy.

Aja May Pirtle is a marketing and fundraising professional with two decades of experience in government, tourism, education and nonprofit work. She currently serves as managing director of marketing and communications for the Indiana University Lilly Family School of Philanthropy at IUPUI, a first-of-its-kind leader in philanthropic studies and training.