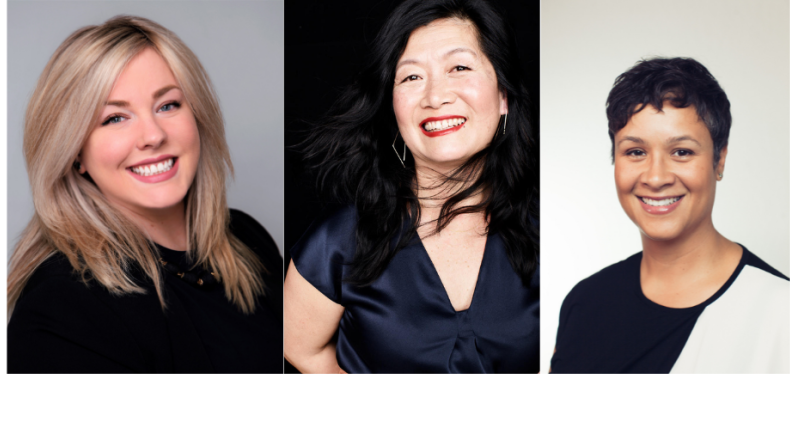 For Women’s History Month, I wanted to commemorate this occasion by acknowledging two women who have helped to contribute to the vast accomplishments of the many powerful women in the fundraising industry.

I had the pleasure of sitting down with Hali Lee and Ruth McFarlane to learn more about their fundraising journeys in hopes their stories can inspire others toward greatness. For those of you just getting familiar with these names, Hali Lee (she/her) is the founder of Radiant Strategies and the Asian Women Giving Circle and is the co-founder of the Donors of Color Network. Ruth McFarlane (she/her) is the Chief Advancement Officer at the Ms. Foundation for Women.

Juliana: Thank you for sitting down with me today, and I know our members will have a lot to learn from your testimony. Before we begin, can you both briefly describe your work?

Hali: My first job out of college was organizing reproductive rights marches in the state capitals of Kansas and Missouri. Then I worked at a domestic violence shelter, and after social work school, I was the executive director of a domestic violence services organization in the Korean American community. So, in a way, feminism and women’s rights have been a through-line for me. Adding philanthropy into the mix, I am a proud alumna of the NY Women’s Foundation, and it was there that I learned about philanthropy and the power of individuals coming together around a common purpose.

I’m currently building out of my consulting practice, Radiant Strategies. Current projects include:

Ruth: Like many, I am an accidental fundraiser. I came off the board at an advocacy organization because we needed a development director and I had some fundraising experience in my jobs over the years, including supporting grant writing from the programs side and managing large public events. I guess I got hooked! I am passionate about building and amplifying voices of color, queer, and women’s leadership and envision a transformed society in which equity and justice are the baselines, not the reach goal. I believe that when we bring individuals and institutions into engagement with the work we are doing to transform our world, we not only raise needed funds but we amplify the message and influence of the mission.

Juliana: Wow! You both are up to some incredible work! What has been your greatest accomplishment as a fundraiser thus far? This does not need to be your largest gift, but rather, what are you most proud of in your career?

Ruth: Creating fundraising team cultures that are rooted in trust and mutual support rather than competitiveness. I firmly believe that fundraisers need all the support we can get from our team because we put our egos on the line for the work. We make brave and provocative asks so that our donors have the opportunity to make their most meaningful contribution to the work that our colleagues are doing in the field. It is critical to have individual goals, clear metrics, and be accountable for progress along the way. But I also want each person on my team to know that she isn’t out there alone.

Hali: I’m most proud of the body of work that is the Asian Women Giving Circle (AWGC), hosted at the Ms. Foundation for Women. I started the AWGC along with ten girlfriends 16 years ago. We’ve raised and distributed well over $1 million in a pretty grassroots way - we love being the first funders in, and some of our grantee partners have described us as aunties cheering them on from the sidelines. I love that image so much!

We fund Asian American Pacific Islander women and gender expansive folks who use the tools of arts and culture to bring about equitable social change in their NYC communities. To share one story - in 2009, we made a grant of $4,000 to Q-Wave, a group of activists who wanted to integrate queer folks into the official Chinatown Lunar New Year Parade. Q-Wave ended up getting permission to march the night before the parade and AWGC happily marched alongside them. On that cold and clear winter morning, Q-Wave made history. I love this story because it shows what we can do with lots of heart and not that much money. And it shows that a group of donors can stand alongside to make history with them.

Juliana: I love that story too! What do you hope to be the narrative or legacy of your career?

Hali: That’s a tough one, Juliana! Thinking about the arc of my career so far, I’d say that I’ve tried my best to democratize and diversify the field and sector in order to drive more resources toward more pluralistic, equitable, representative, joyful communities. A few years ago, I got to be part of the co-creation team that built Philanthropy Together, the first infrastructure hub organization to support collective giving internationally. I also spent several years doing qualitative research on wealthy donors of color in the US. I then co-founded the Donors of Color Network, the first network of high-net-worth donors of color, in 2019. I had the great privilege of hearing and documenting nearly 150 stories of these folks, most of whom are wealth creators, almost all of whom have personally experienced racism, discrimination, and bias, and all of whom come from cultures of generosity. The story of philanthropy in the U.S. has not been fully told as it has historically been a white, mostly male, and recently, often a billionaire’s story. My efforts join many others that are rewriting that story and narrative.

Juliana: In honor of Women’s History Month, and because you both are tremendous leaders within our field, what lessons have you learned from your time in leadership? Do you have any advice for folks who are working toward a leadership role?

Ruth: Stay curious. By that I mean, stay learning and honing your skills and knowledge but also stay curious in relationships so that you can really hear what someone is trying to tell you. I have found repeatedly that a posture of humility and curious attentiveness has built trust in ways that supported me as a leader. Taking this approach has helped me to not only build strong teams and have successful outcomes, but it has also opened up the access I needed to have an impact.

Hali: There are so many ways to be a good leader, and rather than describe a fixed set of attributes, I’d rather suggest that the FIT is more relevant.

Some general traits, though, may arise. Fortitude to take responsibility, the willingness to do the grunt work, having a learning mindset, humility, sense of humor, understanding and appreciating gray areas and nuance, taking the time to be, and truly being interested in learning individual teammates’ styles/ strengths/ areas of growth.

I often tell young women friends, mentees, colleagues - if you decide to have a family, keep engaged in your work in the world—even if it’s for little pay and part-time. There were a few years when 80% of my salary went to child care. But money is not the most important thing. Keeping your brain and heart engaged in the world is more important than money.

Juliana: I wholeheartedly agree! Last question before I let you both go. I am sure you both agree that our industry is in an ‘innovation revolution,’ and we are always looking for ways we can do our work in fresh and more equitable ways. How do you incorporate innovation into your work?

Ruth: I believe in using emerging technologies to support our work, and I encourage team members to experiment with new tools. This has been important during the pandemic. It can be daunting to learn “a whole new thing” when you are already overwhelmed by deadlines and demands but there are many ways that good tech solutions can make the job a bit easier. As an example, I like to use Google Jamboards with my team from time to time to get the ideas flowing differently.

Hali: I don’t know if it’s that innovative, but if we can elevate the conversation upwards to what change we want to see in the world, we realize that philanthropy is a relatively weak lever. If we think about what levers we can pull together, collectively, again, philanthropy is good, but it’s relatively weak. Philanthropy is great for getting educated and aligning around a common purpose - but to pull more powerfully, we’ve also got to look at how and where we spend our money, where we invest our money, who we vote for and elect, what social policies (like tax policy is huge) we want to advocate for. Driving the conversation in this direction keeps us focused on the WHY of our work, which is good for personal efficacy, philanthropic impact, team building, and finding common ground. 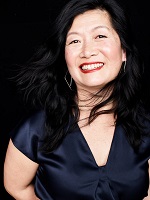 Hali Lee is founding partner of Radiant Strategies and co-founder of the Donors of Color Network. She was on the co-design team for Philanthropy Together and is the founder of the Asian Women Giving Circle. Hali was born in Seoul, South Korea, and grew up in Kansas City. She graduated from Princeton University, studied Buddhism at Mahidol University in Bangkok, Thailand, and received a Masters in Social Work from New York University. Hali lives in Brooklyn, NY along with her dear husband, three college-age children, two cats and a big dog. 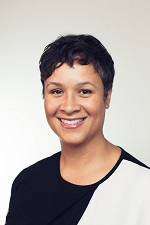 Ruth McFarlane most recently served as the director of development and community engagement at the National Center for Lesbian Rights (NCLR) in San Francisco and the director of programs at the San Francisco LGBT Community Center and the Director. Prior to working in the nonprofit sector, McFarlane practiced law as an associate at Norton Rose Fulbright in Dallas and Linklaters in New York. McFarlane holds an M.S.W. from the University of California Berkeley, and a J.D. from Cornell Law School. 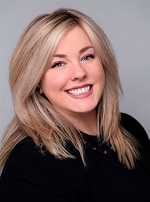 Juliana M. Weissbein, CFRE, currently serves as the associate director of development operations at Planned Parenthood Federation of America. She is an AFP Global Board Member, AFP Global's 2019 Outstanding Young Professional Fundraiser, and is a member of the AFP Global Women's Impact Initiative. Juliana is immediate past chair of the AFP New York City chapter’s Emerging Leaders Committee and currently serves on the chapter’s board chairing their mentorship program. She resides in Austin and never turns down a good kombucha. You can learn more about Juliana on her blog, ‘Ops & Asks’ at julianacfre.com.