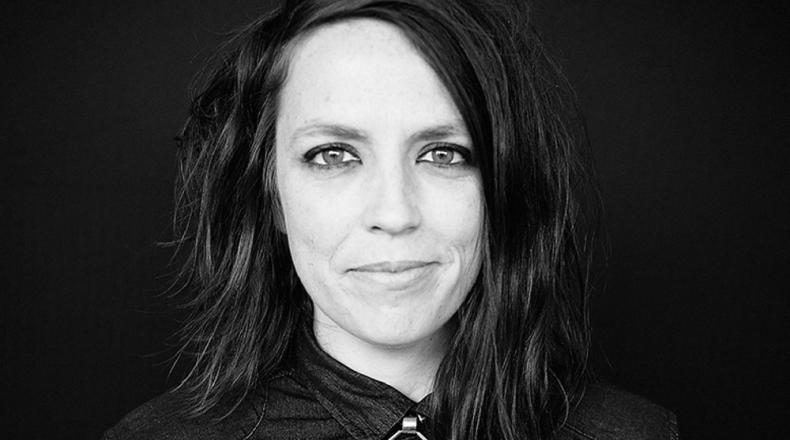 Michael Nilsen, AFP: Hi, Bridget. Thanks for speaking with us. Tell us a little bit about yourself to start

Bridget Conway-Taylor: Thanks, Michael. My name is Bridget Conway-Taylor. I am a queer, white, 40-something Australian who's been living in Brooklyn, New York for the last 11 years. I work in digital strategy and operations, having spent my 20+ year career producing internet-based projects. I set up the Black Trans Lives Thrive Giving Circle in June 2020.

AFP: What led you to create that community?

Bridget: I was on the West Coast when the racial justice uprising swept across the U.S. that summer, unable to be in the streets with my friends in New York City at the time, and feeling really isolated while watching the movement gathering momentum everywhere.

The person I was dating at the time came from generational wealth, the type of wealth where there is a family trust and where a lot of income is generated from investments, in addition to high-paying jobs and/or businesses. It felt really important to me, as somebody from a working-class background who has acquired more resources through their profession, to figure out what it meant for us both to be financially contributing to the racial justice movement in ways that leveraged our resources and skills. It seemed to me that there was an opportunity within her family to make a great economic impact if she was able to rally people.

Based on that insight into her family’s collective resources, I began thinking about people in my own chosen family. Was there a way for me to rally friends with solid incomes around giving at a level that made sense for our financial status? In my travels through the startup community in New York City, I had seen some respected people promoting giving circles of which they were members. So, through the conversation I had with that partner at that time, I came up with the idea of launching a giving circle with my friends, with the aim to use group accountability and our collective power to back the racial justice movement in a meaningful, ongoing, sustainable way.

Bridget: My initial thinking was that I’d get ten of us to commit to giving $25 a month, and we’d send that $250 monthly total to Black Trans-led organizations. I reached out to a handful of friends, promising to find us a platform, administer the whole thing, and keep their lift relatively low.

I ended up receiving expressions of interest from most of those friends, and they started inviting other people in their lives. So, before we even launched, we had 18 people subscribed to recurring monthly giving.

AFP: And how many people are involved now?

AFP: All in two years—that’s amazing! I’m curious as to how you choose Black Trans-led organizations as the focus of your support.

Bridget: You cannot be a queer person in the U.S. in the 21st century and not know that there is a critical need to support Black Trans people in this country. Google will quickly return study after study on the deaths of Trans and Gender Non-Conforming people reporting in unison that that level of violence disproportionately affects Black Trans women, due to a combination of things such as racism, transphobia, misogyny, transmisogyny, and homophobia.

As someone with experience in other grassroots entities, I know operating costs can be expensive for smaller community groups, so I wanted to help take on some of the fundraising burden for Black Trans-led organizations, because grassroots entities often don’t have professional fundraisers or grant writers on deck, or any type of relationship with government funders. Supporting existing organizations with consistent funding allows them to do what they do best in being strong support systems to help their communities thrive.

Bridget: That’s right. Through other organizing work, I’ve learned that it’s important and impactful to normalize how easy it is to throw your support behind marginalized communities. A huge portion of our giving circle member base is white, and a growing number are from outside of the queer community. Those members are from mainstream straight, white communities across America, where they are less likely to interact with Black Trans people in their daily lives. So, our giving circle provides an access point via members (like me and various others who are in closer proximity to Black Trans people) to active Black Trans-led entities that have strong community roots, thanks to our existing organizing networks.

Like me, many of our members probably come from biological families that had never had a conversation about Black Trans people until they joined this circle and started understanding our financial impact, and seeing our social media posts shared by other folks in their network. Our impact gives members something to talk about with their friends and family, and the platform makes it very easy to get involved. That's a point we try to focus on: this is all actually really simple.

AFP: So how does the Black Trans Lives Thrive Giving Circle operate?

Bridget: Everything happens online, without the need to meet in-person nor participate within a very narrow window of time. Members sign up for monthly recurring giving; we suggest $25 per person, but some folks give a little less and others give a lot more. We compile a list of Black Trans-led organizations across the U.S. that are either a 501c3 or are fiscally sponsored by an entity with that status, and select four of them based on geographic and focus-area diversity for members to vote on at the end of each quarter, after they learn a little bit more about the nominated organizations. Once voting has closed and we have our new grantee, we send all funds raised to that grantee for the following three months.

We use Grapevine, which is an amazing platform—I could not run our giving circle without it! Grapevine has a strong partnership with Philanthropy Together, and combined, they are cultivating a network of over 2,000 giving circles worldwide. The platform itself makes both giving and fundraising so much more accessible to the average person.

AFP: Do you get involved with grantee organizations in other ways as well?

We do not require any grant writing, funding applications, nor labor from our grantees. I send a welcome email once they are selected, which explains that they don't even need to be in contact with us if they're at capacity or if they just don't want to. That's totally fine. The idea is that we are sending money to Black Trans-led organizations regardless of our relationship with them, without the expectation that they need to do anything in exchange.

So, our relationships with our grantees vary quite a bit, and we do try to help in other ways when we can. For example, through our Instagram account, we helped For The Gworls, one of our grantees based in New York City, to connect with other grantees in Louisiana and Texas that were rapidly supporting Black Trans communities affected by Hurricane Ida. For The Gworls had funding available to share with their counterparts in the south, so they had asked for community recommendations. It felt meaningful to be able to help make those connections. And, if I come across lists of Black Trans-led organizations, I try to ensure that our grantees are on those lists and getting promoted.

Each of our grantees has a unique differentiator, be it their location, their focus area, and/or the level of profile they have in the world. That, to me, is the most interesting thing about working with, and learning more about, our grantees over time.

AFP: As a white queer person raising money for Black Trans-led organizations, what have you learned about working in this space?

Bridget: I want to highlight that there are many grassroots organizations (like our grantees) who are already doing this work, who are already distributing funds, who are already coming up with innovative ways to support their communities and see them thrive. I really want to uplift them and the work that's happening. To that end, I’m mindful to position our giving circle at the side of the Black Trans liberation ecosystem. I don’t want us taking up space from Black Trans-led organizations that are doing direct work and direct fundraising. I want to make sure our message is very clear around the fact that we are just a bunch of people giving a stack of money to organizations every month so that those entities can do the community building that they do, with fewer funding worries.

I try to keep our messaging centered around a) how easy it is to give and b) celebrating the incredible work undertaken by the organizations that we support. They already exist. They've already come together. They're already building thriving communities. So, our hope is to build a groundswell of funding and social awareness on their behalf.

Equally important is how we talk about Black Trans people themselves. By baking it into our name—Black Trans Lives Thrive—we constantly amplify the concept of investing in thriving communities, of giving roses to people while they’re alive, moving through their daily lives. Black Trans people are here, right now, and you can and should support and celebrate them all year, rather than only reacting to calls for funeral funds or economic crises.

And, finally, our members are not people who share a particular lived experience in the way that members of other activist communities do. We recruit people who want to take action in relation to what they know about both the state and interpersonal violence Black Trans people experience (but who might feel that one-off contributions are insignificant) by demonstrating our impact in monthly progress reports and key milestone announcements. To appeal to folks who don’t have the appetite for activism rhetoric, I like to use levity in our communications and keep things as light-hearted as possible, while always underscoring the importance of the Black Trans liberation movement and the urgencies Black Trans people face.

AFP: Thank you, Bridget, for speaking with us, and good luck on your giving and fundraising goals and milestones for this year!

To learn more about the Black Trans Lives Thrive Giving Circle and its grantees, go to https://www.blacktranslivesthrive.org.