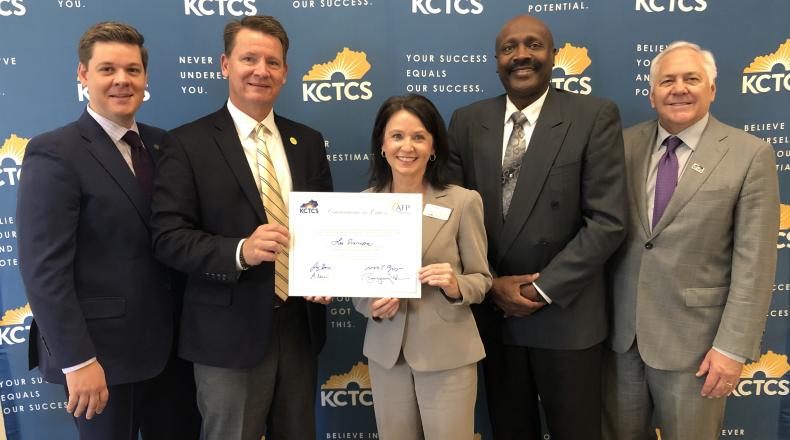 In a ceremony on Wednesday, September 25, almost 40 college leaders and fundraisers from the Kentucky Community and Technical College System (KCTCS) joined AFP and signed the association’s Code of Ethics.

KCTCS becomes the first higher education system in the United States to have all of its system leaders and top-line fundraisers abide by AFP’s Code of Ethical Standards, the only enforceable code in the fundraising profession. The system president, Dr. Jay Box, along with 16 college presidents and 19 fundraisers, joined AFP in a ceremony that took place just a few days before the launch of Ethics Awareness Month in October.

“KCTCS is making a tremendous statement about the importance of ethics and trust—and that means everything to the communities where the system works,” said Mike Geiger, MBA, CPA, president and CEO of AFP work. “Every single charitable and fundraising interaction with an alumni or student or other members of the community will be guided by the same standards of professionalism, respect, privacy, and care of cultivation and stewardship. Every moment will be guided by the principles of trust and ethics, and no other system in the United States can say that with the authority and leadership that KCTCS can.”

KCTCS includes 107,000 students in 16 campuses and over 70 physical locations across the state. The system is the largest provider of postsecondary education in the state, accounting for almost 50 percent of all post-secondary students across Kentucky. With over 20 years of experience, it is Kentucky’s primary source for college and workforce readiness, transfer education and workforce education.

“Dr. Jay Box, the president of KCTCS, has been an outspoken advocate for ethics and ethical standards in fundraising,” said Geiger. “We’re so excited to be able to support KCTCS in its fundraising efforts and encourage other colleges and universities to follow in its footsteps.”

Geiger also noted that the timing of the ceremony was perfect with Ethics Awareness Month starting in less than a week. With October marking the beginning of the “giving season,” the last quarter of the year when most charities typically receive from one-third to one-half of all their yearly gifts, it’s important to highlight ethics and the ethical safeguards charities have in place to protect donors and the giving process, Geiger said. 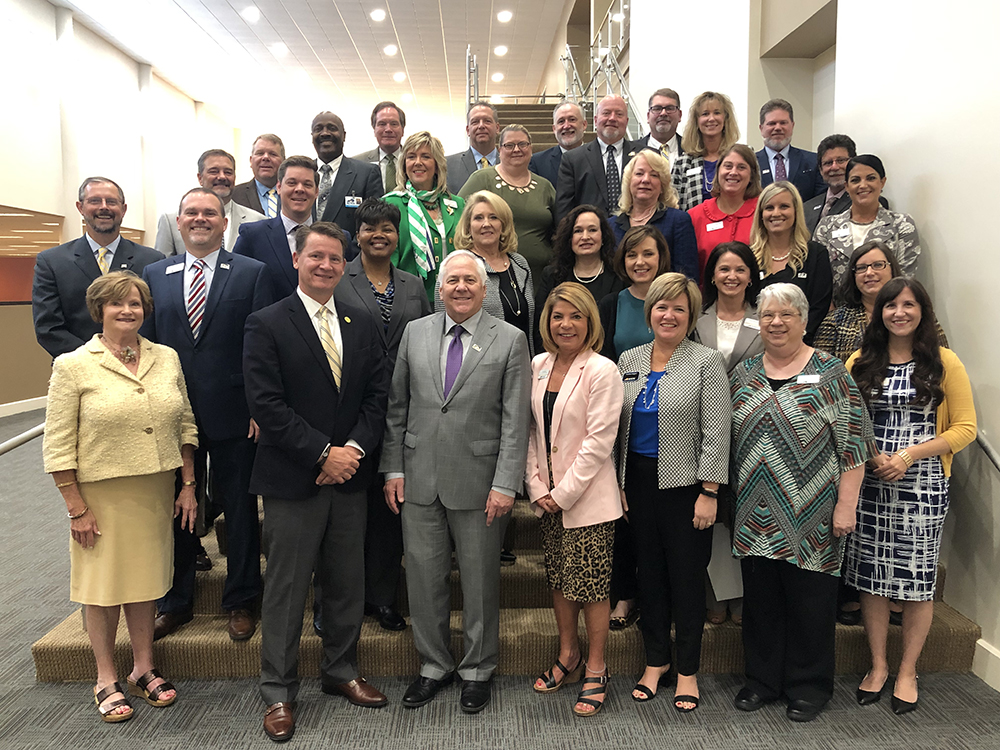 Members can learn more about AFP Ethics Awareness Month here, where a few ethical resources are already available for members.

“It’s easy to say that ethics is critical,” continued Geiger. “But KCTCS is taking action that it will put ethics at the forefront of all its fundraising. And it is serving as a model for how colleges and university systems should approach their fundraising and place a premium on ethics and trust.”