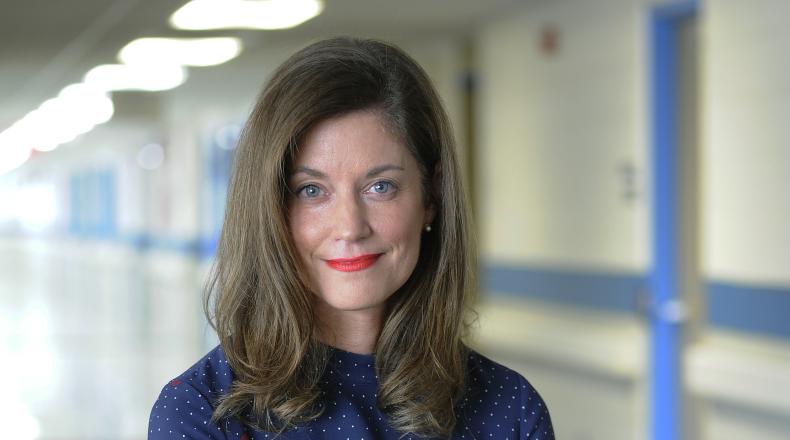 Available only to senior-level fundraisers who have worked in the profession for 10 or more years, the ACFRE is a distinguished achievement earned by only 116 professionals since the inception of the program in 1992.

Weisse serves as the vice president and chief philanthropy officer at Leader Dogs for the Blind and leads the organization’s national philanthropy and fundraising strategy and execution. Leader Dogs for the Blind is one of the world’s largest and most innovative service providers for mobility options for people who are blind or visually impaired. With over 19 years of experience in fundraising, Weisse has raised over $115 million dollars during her tenure, diversified and grown Leader Dog’s revenue streams and led the successful $14.5 million-dollar capital campaign for the new canine development center. She is responsible for raising over $17 million dollars annually working with a team of dedicated fundraisers. She also oversees Leader Dogs’ philanthropic efforts including major and planned giving, foundation gifts, direct mail, annual giving, estate giving, donor relations and stewardship and Lions Club giving which encompasses over 4,000 participating clubs nationwide.

Prior to coming to Leader Dogs, Weisse was a private client advisor at Christies, London, and has worked in Hong Kong, Singapore and Washington, D.C.

“It was very important to me to achieve the ACFRE designation as it represents the highest standard of ethical leadership in our profession,” said Weisse. “Philanthropic leadership grounded in ethics is vital to the communities we serve and the nonprofit missions that we represent every day and the ACFRE is a demonstration of that. The ACFRE journey for me has been challenging, reflective and deeply meaningful.  It has been an honor to achieve the designation and to learn from and work with the incredible people that are transforming and leading our profession into the future”

Weisse graduated from the University of Notre Dame and has a master’s degree from the University of Glasgow. She is a graduate of fundraising and nonprofit management programs at Georgetown University and the Lily School of Philanthropy at Indiana University Purdue University and the Non-Profit Executive Leadership program at the Stanford Graduate School of Business. She is president of the AFP Greater Detroit Chapter and serves on the Ethics Committee Taskforce and the Finance Committee for AFP Global. Weisse also sits on the Development Committee of the American Foundation for the Blind in Washington, DC, and is a member of Lions Clubs International. She was the recipient of Crain’s Notable Women in Non-Profits award 2018 and is member of the Leader Dog senior management team.

The ACFRE program is the most rigorous certification process available to professional fundraisers.  The process includes a comprehensive application, detailing achievements in practice, education, publishing, teaching, and service to the profession; a written examination that measures a candidate’s knowledge of fundraising as well as the philosophical, ethical, and social aspects of philanthropy; a portfolio representing the candidate’s body of professional work; and an oral peer review in which the candidate must articulate a mastery of advanced-level knowledge in fundraising management, leadership, and ethics.

Since 1960, the Association of Fundraising Professionals (AFP) has been the standard-bearer for professionalism in fundraising. The association works to advance effective and ethical philanthropy by providing advocacy, research, education, mentoring, collaboration and technology opportunities for the world’s largest network of professional fundraisers. AFP’s more than 26,000 members in over 240 chapters raise over $100 billion annually for a wide variety of charitable organizations and causes across the globe. For more information, go to afpglobal.org.