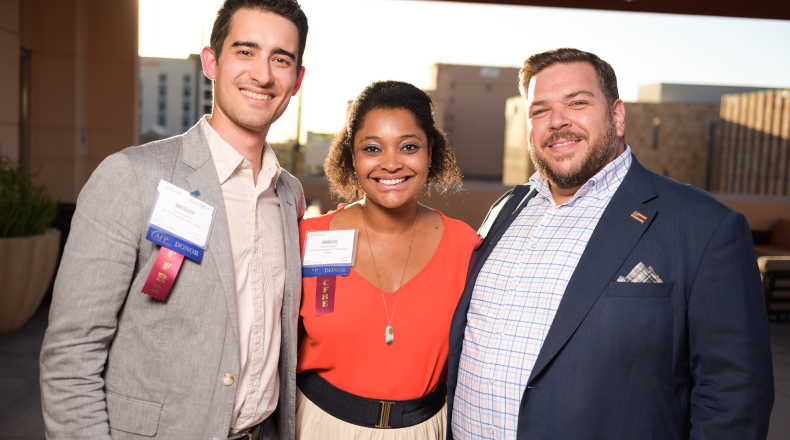 In September, I told you about a new kind of survey that AFP was launching: The Fundraising Confidence Survey. The survey wasn’t about collecting more data on giving, but rather, it was focused on you—the fundraiser and your attitudes and confidence right now. It was designed to be a short survey that wouldn’t take long to complete and that AFP would conduct several times throughout the year.

I’m excited to announce the results of our first survey that was conducted in late September and early October. The results were not surprising in some respects yet also provided some interesting insights into what you thought about moving ahead into this year’s giving season and beyond into 2021.

There were 11 questions in the survey, and five asked respondents to rate their optimism and confidence on a scale of 1 to 10, with 1 being least optimistic and 10 being most.

On the other hand, when asked if you were going to raise more money in 2020 than in 2019, the average confidence score was 4.89. No surprise that most organizations have modified their fundraising goals for the year given the pandemic. And most of you are a bit reserved about your charities having the capacity to invest in fundraising infrastructure—an average score of 4.74—while only 16% indicated your organization intended to hire new staff over the next three months.

What I found even more interesting was the section in the survey where we asked what types of fundraising you would be focusing on over the next three, six, and 12 months. Donor retention and stewardship remained the most popular area over all three timeframes, averaging about 60%.

Very few of you are thinking of in-person events right now—it was chosen by just 5% of respondents as a priority over the next three months. But in a year from now? In-person events were a priority for almost a quarter of you (24%) after 12 months.

I think those figures show that we’re hoping for a gradual return to normalcy over the coming months. Whether that will actually happen is, of course, the million-dollar question.

There’s some interesting and useful data in the Fundraising Confidence Survey, and I hope you’ll check out the full results here.

But most importantly, I hope you’ll participate in our next version of the survey, coming out at the end of November. Our goal is to keep these surveys very short, roughly 10 questions featuring multiple choice or rankings, because we want to make it easy to hear from all of you. Understanding your confidence and attitudes throughout the year can help AFP better serve you by allowing us to pivot our programming quickly when we see new trends. We want to ensure that we’re providing services and benefits that are relevant and make you a better, more effective fundraiser.

Look for announcements about the survey in our Daily newsletter, emails and on social media. And as always, if you have any questions, send me an email at Mike.Geiger@afpglobal.org or on Twitter at @AFPMikeGeiger.