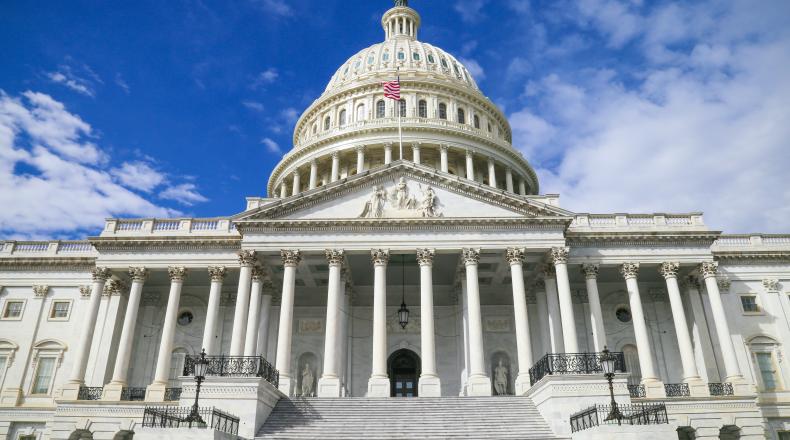 Whatever your political leanings, I think we can all agree that the most important thing in any democratic country is the transfer of power at the highest levels of government—thankfully, this proceeded smoothly and peacefully last Wednesday.

Have cracks been exposed in the American democracy? Absolutely. Is there work ahead of us to bring people together, heal our collective wounds and restore faith in our institutions? Without a doubt. But the foundation of democracy held together, and we can now begin to look to the future.

This transition in power marks the beginning of a very different legislative environment—with Democrats controlling the White House and both houses of Congress—that will present us with both opportunities and challenges. We may see an administration that is more receptive to nonprofit funding for a variety of programs, as well as increased giving incentives. On the other hand, then-Vice President Biden, as part of the Obama administration, pushed for limitations on the charitable deduction for wealthy donors. We may also see more oversight hearings on different aspects of nonprofit administration and operations.

The new political landscape in Washington, D.C., gives us the chance to introduce our sector-critical message to new members of Congress and push for key legislative priorities such as expansion of the universal charitable deduction and the IRA Charitable Rollover. That’s why this year we’re planning something we’ve never done at AFP before: a Virtual Lobby Week.

We’ve planned a full week—tentatively planned for April—where we will be asking all U.S. chapters to schedule at least one meeting with one of their members of Congress.

Did you know that AFP has held a Congressional advocacy event before?  But it was always a one-day, in-person program—not a full week of virtual meetings!

While meeting over Zoom isn’t quite as powerful as an in-person meeting, the technology does allow for greater participation from chapter members who won’t have to fly into Washington. We decided to make it a full week to allow chapters greater flexibility in scheduling meetings, and chapters can meet with more than one U.S. representative or senator if they want.

I hope every chapter in the U.S. will participate in this very critical event. Our AFP Public Affairs Department is creating an entire toolkit for the program, to be distributed in early-to-mid February, that will walk chapters through every step of the process. We’ll be alerting chapters when it’s ready. In the meantime, I encourage you to select a government relations chair (if your chapter doesn’t already have one) or similar position to help lead this initiative.

Some of you might be a little hesitant about participating in advocacy events. After all, it’s not something we regularly do as part of our jobs. But here’s the secret: Fundraisers are natural advocates. Meeting with a member of Congress is just like meeting with a donor. Only in this case, the “ask” is about supporting legislation, not making a gift. Use your storytelling, stewardship and fundraising skills, and we’ll have an amazing Virtual Lobby Week.

As you know, I consider fundraising to be the IMPACT profession. Virtual Lobby Week is a different but equally important way to create impact for our donors, our profession and our organizations. Public policy affects every aspect of what we do—from how we communicate with donors and the incentives donors have to give, to how our organizations operate and the information we report to the government. Let’s not miss this chance to IMPACT the entire philanthropic process.

Thanks for getting involved! Virtual Lobby Week dates will be finalized shortly and materials will be distributed to chapters in February. You can direct questions about the event to paffairs@afpglobal.org. And as always, if you have any questions about any aspect of AFP, feel free to email me at Mike.Geiger@afpglobal.org or find me on Twitter at @AFPMikeGeiger.